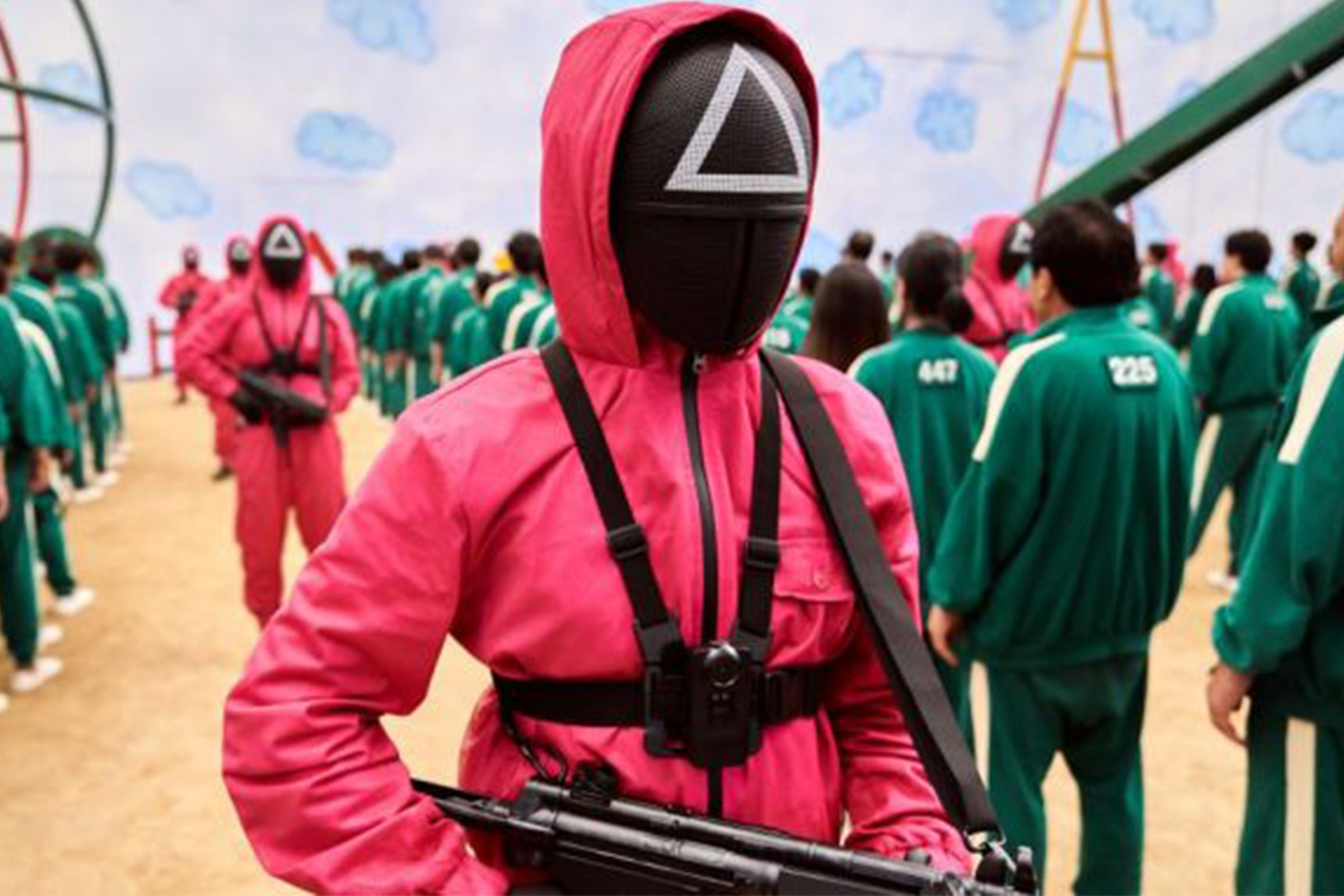 The popular South Korean Netflix series has triggered a boost in sales of retro tracksuits and white Vans. Searches for the iconic green-and-white tracksuits featured in the series have doubled, while the emblematic white slip-on Vans have also seen unprecedented sales.

According to fashion technology company Lyst Insights, internet searches for all outfits related to the show spiked dramatically almost immediately after the show made its debut. The green-and-white tracksuits currently hold the number one spot on Amazon’s bestseller list.

Meanwhile, according to shoe-related news website Sole Supplier, sales of white slip-on Vans have increased by a dramatic 7,800%. Searches for full-body red boiler suits, the outfits worn by the series’ violent guards, also saw an uptick.

Violence in vogue
Squid Game, which premiered on the 17th of September, is already on track to become the most popular show in Netflix’s history, according to Netflix co-CEO Ted Sarandos. The series chronicles the stories of a group of cash-strapped people competing in a brutal competition for a large sum of money.

The series has become notorious for its visceral depictions of violence and mutilation. This has prompted concern amongst parents in some countries, including Belgium, as many children also watch the series.