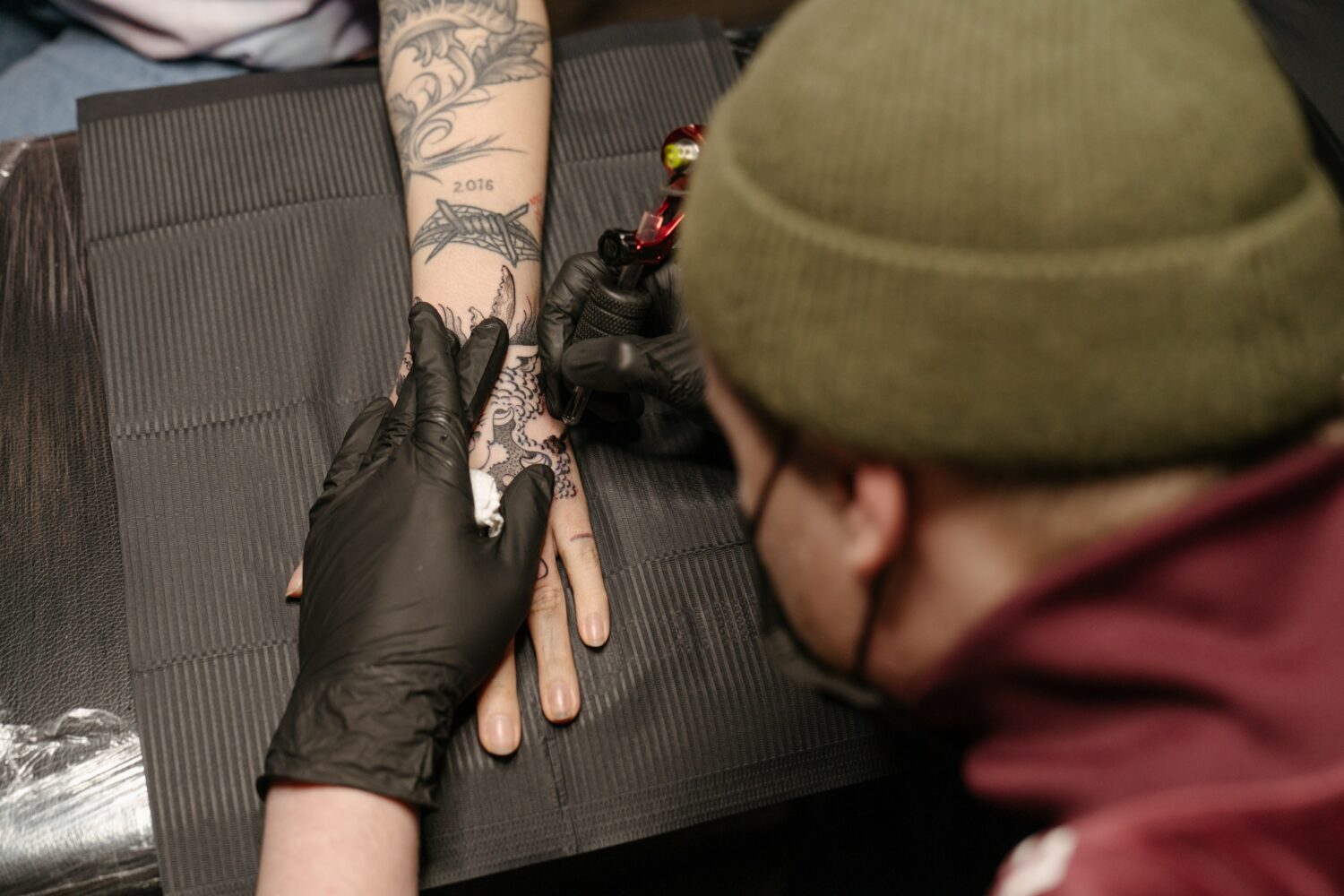 The tattoo fanatics amongst you might have already heard the news. Artists all over Europe are making petitions against an upcoming tattoo law. Starting from January 4th, 2022, most coloured tattoo-ink will be forbidden in Europe. We asked a few tattoo artists how they feel about it.

Since the announcement of the ban on pigmented ink, European tattoo artists have been fearing for their jobs. Different petitions have been made with the hope of changing the upcoming law. ‘The thought of coloured ink being banned breaks my heart”, says Kim Palinckx. The 28-year-old tattoo artist has been involved with tattoos since she was 13 years old. “I’ve always been in the tattoo environment. People who aren’t might forget that tattooing isn’t just a job. Tattooing is art. It has a lot of history and meaning to it. If you ban the coloured ink, you put a huge limit on what an artist can create”, says Kim. “That’s why sharing petitions is very important. We can make a change.”

Oskar Dc, tattoo artist at BlackbearLeuven, isn’t a fan of the upcoming law either. “I’ve never had anyone complain about their eyes or skin after a tattoo. And think the use of the ink should be a choice. Otherwise, you should also ban tobacco, alcohol, and hair dye. I know a lot more people being badly influenced by those things than tattoos”

The main reason for the outlaw is a chemical called isopropanol. This chemical can be harmful to the eyes, skin, and potentially the nervous system. However, most alternative inks contain ‘ethanol’. This is supposed to replace isopropanol but still has similar side effects. Multiple sources still give different information. While some studies say that even though Isopropanol has shown a higher indication for skin irritation, they state that frequent hand washing with detergents can cause more irritation. In total, about 25 pigmented inks will be banned all around Europe.

At this moment, there has yet to be found a good replacement for the ink. Whether or not the petitions will make a change has yet to be seen. Until then, tattoo shops will have to wait for further information.