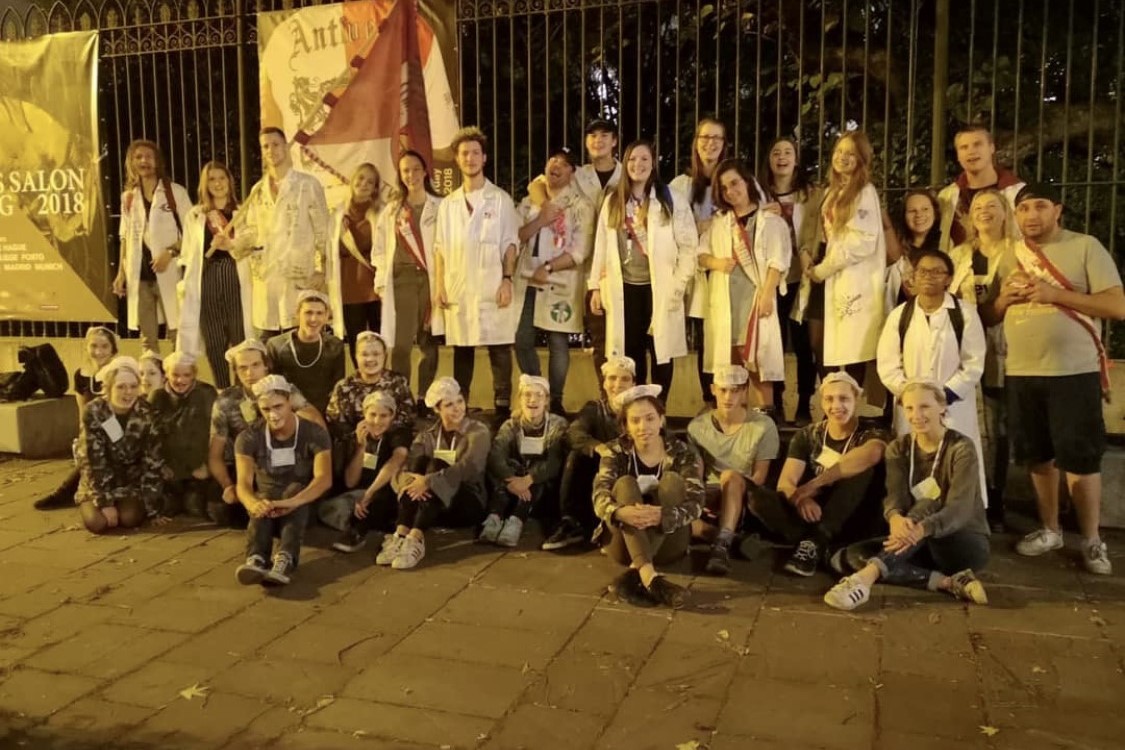 Student association Aesculapia is suspended until the end of the academic year and is no longer allowed to organize any activities. This was decided by Herman Van Goethem, rector of the University of Antwerp, after they violated the baptism charter.

The suspension came after it came to light that some members of the association Aesculapia had to do a striptease act during their baptism. It involved four female students. They were also incited to do a suggestive sexual position. No one was completely naked or topless.

After some parents found out about the striptease, the rector sprang into action. He summoned all the members of the Praesidium. The Praesidium tried to convince him that the strip act was part of the tradition of Aesculapia, but they found no favor with the rector. He ruled that the baptismal charter, which establishes what is and is not allowed, had not been complied with.

Nancy, a parent of one of the students who got baptised says that it is indeed a tradition. ‘When I got baptised 30 years ago, they already did these kind of activities. No one made ever a problem out of it.’

The baptism charter states, among other things, that it is prohibited to use offal, living, or dead animals. Public intoxication is not tolerated and baptismal activities should not affect the physical and psychological integrity of the students at any time. According to Herman Van Goethem, the last rule got violated during Aesculapia’s baptism.

Not the first time

It is not the first time that a student association got suspended for not following the rules. Four weeks ago, a student association at the ULB simulated naked sexual activity during their baptism in the middle of the school. Shocked passer-bys were able to film the scene and put the images on social media. The university has temporarily suspended the student club.