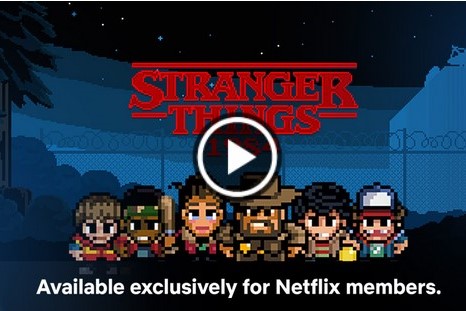 Netflix will soon launch Netflix Games, a series of mobile games, for iOS devices. Due to the strict app store rules of iPhone, the games would have to be downloaded separately from the App Store. In the beginning of November, the mobile games were already available on Android devices.

In total Netflix launched 5 mobile games: Stranger Things: 1984, Stranger Things 3: The Game, Shooting Hoops, Card Blast, and Teeter Up. Everyone with a Netflix subscription has free access to the games. In order to play, you have to log into the app on a mobile device, access Netflix Games from the homepage and download the selected game. Only for kids, the games won’t be available. Netflix does this to safeguard childrens’ safety.

Netflix received already a lot of criticism about this new feature. Even though you don’t need to pay an extra fee to play the games, Netflix users assume that that’s the reason why the price of the subscriptions increased recently and will increase more in the future.