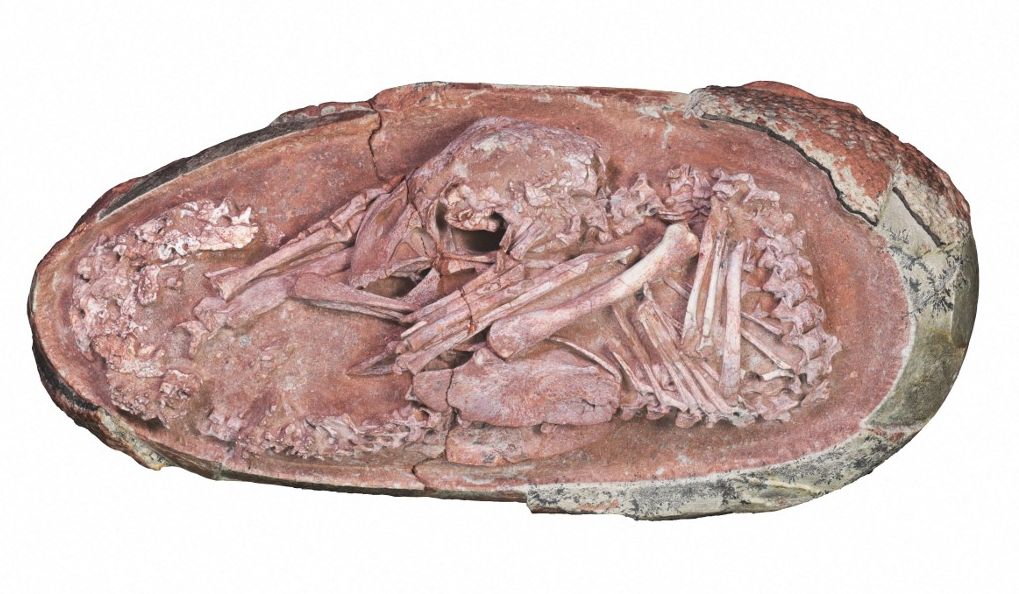 Researchers in China discovered an entire baby dinosaur inside of a fossilised egg. The news was published on the 21st of December in the scientific open access journal Iscience.

The embryo has been dubbed ‘baby Yingliang’ after the museum that now houses the egg. When Yingliang staff came across the egg in 2015, they noticed fractures on its surface, allowing them to peek inside. After carefully removing some of the dirt inside, scientists were stunned to find an intact fossilised dinosaur embryo in a curled up position.

The fact that the embryo lays in a curled up position indicates a close connection to modern birds. When bird eggs are about to hatch, bird embryos assume a similar pose to baby Yingliang’s. ‘This indicates that such behaviour in modern birds first evolved and originated among their dinosaur ancestors,’ according to Ma.

‘The best dinosaur embryo ever found in history’

The egg was found by mining company Yingliang group in Ganzhou, southern China back in the year 2000. However, it was put into storage shortly afterwards. Researchers only realised the significance of the fossil when it was taken out of storage fifteen years later. After thoroughly analysing the find, researchers discovered that the egg contained what University of Birmingham palaeontologist Fion Waisum Ma called ‘the best dinosaur embryo ever found in history.’

The embryo is believed to be an oviraptosaur, a group of theropods that are believed to have a close evolutionary link to modern birds. Theropods are a bipedal subgroup of dinosaurs that includes all carnivorous dinosaurs.