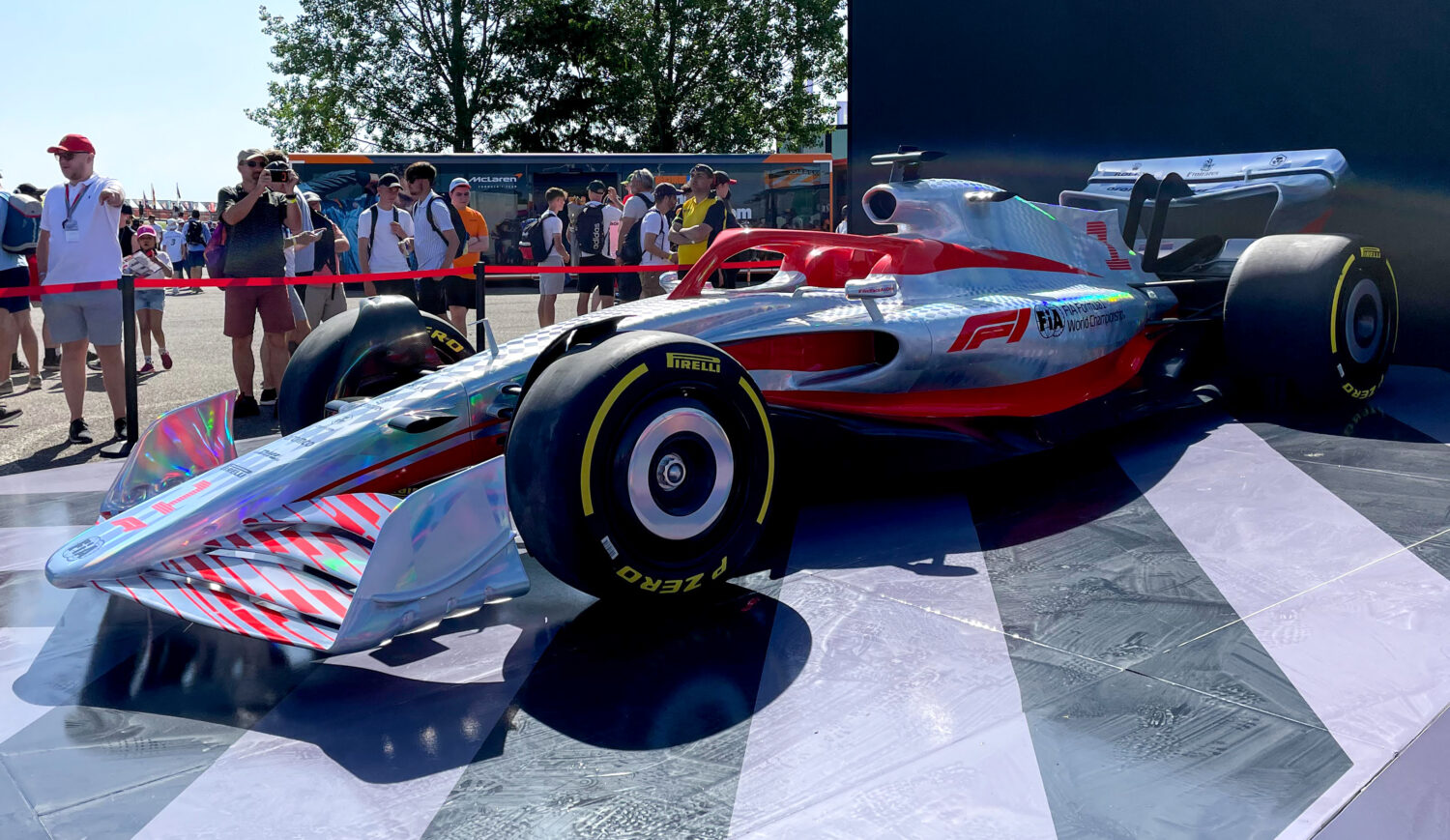 With a new world champion in Dutch F1 driver Max Verstappen, the current Formula 1 season draws to a close. Formula One has experienced a rise in interest among Belgian and Dutch people, when it was clear this year that Verstappen could challenge Lewis Hamilton for the F1 Driver’s Championship.

Whether Verstappen will have a chance of becoming the world champion in 2022 remains to be seen. The Fédération Internationale d’automobile (FIA), the governing body of Formula 1 introduced a brand new car, new race regulations and rules for next season at the British Grand Prix this year. Let’s take a look at how some of these changes may impact the 2022 season.

The 2022 racing car is designed with one clear goal in mind: to achieve closer racing between all cars on the grid. The biggest complaint that F1 drivers have is that it is hard to overtake another car, because the chasing car loses a lot of downforce when following another car due to the ‘dirty air’ the car in front emits. The 2022 car design drastically reduces this downforce loss to the point that trying to overtake a car costs little to no effort.

Another big change to the cars is that they will sport bigger 18-inch wheels tyres next season to reduce the overheating of the tyres. Consequently the cars will slide less on used tyres and the amount of punctures will decrease. Subsequent lower costs are a big bonus as well, as teams have an even more strict budget cap for next season.

Next, the chassis of the car can absorb more energy at the front and the back of the car. This ensures that contact between cars will result in less crashes. Also, when drivers lose control of the car and accidentally touch a wall, side skirt or bumper, the driver will be able to continue driving more often than before. This means that less DNF’s will occur and that more drivers can compete for victory in the Grands Prix. Lastly, because the power unit with the engine and fuel tank is separated from the chassis, the driver will be in less danger when they crash.

Moreover, F1’s future goals of introducing fully sustainable fuel gains ground: next season F1 cars will run on a 10% bio-component fuel, called E10 fuel. The ethanol used in the fuel ensures an almost-zero carbon footprint, which is in line with current road car fuel regulations. You can read more about this fuel in this article.

The fixed team budget cap remains for the 2022 season. A few notable changes to the team line-ups are: George Russell joins Lewis Hamilton at Mercedes, Kimi Raikkonen leaves F1 and Valterri Bottas swaps Mercedes for Alfa Romeo. Furthermore, teams will have until the 22 February to reveal their 2022 car, as pre-season testing starts on the 23rd.

The F1 calendar has been updated as well: it will feature 23 (most ever) races. The inaugural Miami GP will take place and the F1 circuit will return to Australia, Canada, Singapore and Japan, which were all cancelled due to Covid-19 concerns this season. The first Grand Prix is scheduled to take place at 20 March with the season concluding at the Abu Dhabi GP in November.

Lastly, to reduce costs even more the FIA have issued an upgrade restriction on the gearbox of each car on the grid. Each team is allowed to use only one update per car per driver until 2025. DRS, the drag-reduction system which facilitates overtaking a car, remains applied to the cars, but can be removed from the car design, if cars no longer have difficulty overtaking other cars.

A new era of racing and spectator experience

To conclude, the F1 2022 season will be unrecognizable from the 2021 season. A new era of racing will begin and it is still unsure which teams and drivers will be the favourites for next year. Countless updates to the car, new regulations concerning repairs, materials, technologies all ensure that the 2022 F1 season will be a closely contested one filled with action, overtaking and close racing between all drivers on the grid. Add to that the extensive calendar, the budget cap and lack of updates permitted on the car, F1 fans are in for a treat for the following season.