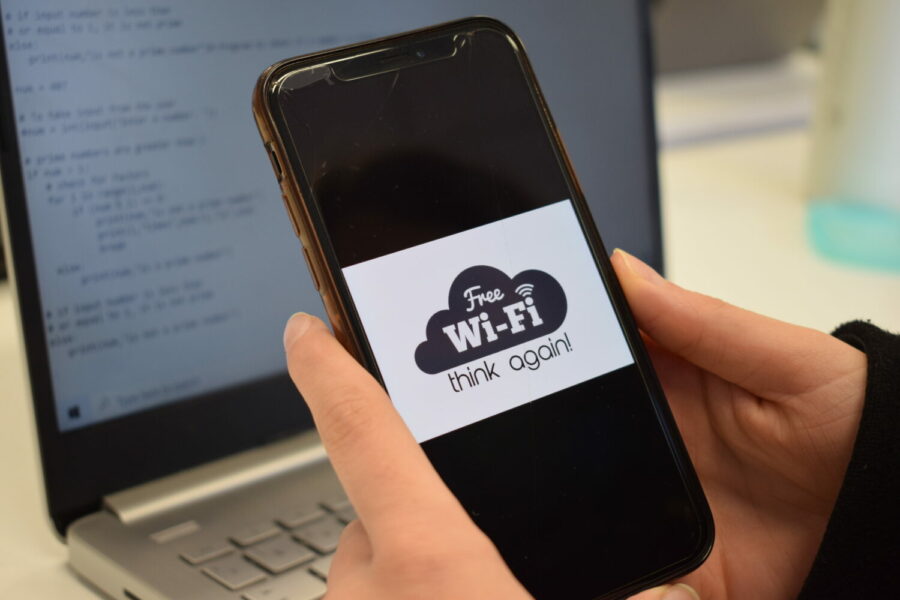 There have been increasing incidents in Belgium of people getting hacked online and many of these instances can be traced back to someone using public WiFi or social media.

A 21-year-old female student of Thomas More, who has asked not to be named, was hacked last Friday evening. She had received a message from someone that she knew asking her to try out a new filter she had made on Snapchat. At that time, she had no idea that the friend’s account had been hacked on public WiFi and it was in fact, a stranger typing and sending her messages. Asking to look at the new filter was also not a warning sign, as there are classes given in Thomas More where students learn how to make filters for social media. With the lack of apparent red flags, she opened the link and was directed to her Snapchat. However, the link didn’t appear to work so she messaged her ‘friend’. She was then told that the filter will only work if she inserts her “My Eyes Only” code.

From that moment, she knew she was speaking to a hacker, but it was too late. They had gotten into her Snapchat and threatened to expose some images if she didn’t give them the code to see other, more explicit, images. She tried to deactivate her account, only for the hacker to say it was useless to try. By now, they had managed to get into her Facebook as well. In the end, she deleted her account and had to create a whole new one – after changing all of her passwords and setting up two-factor authentication first, that is.

A very private part of myself is somewhere out there’

When asked how she felt about the incident, the student said ‘I always saw it happen to others and thought it was bad, but never thought too much about it until it happened to me. I felt so vulnerable once I saw proof that the hacker had my pictures. When I drove home, I was paranoid that every car turning after me was following me. When I went to bed, I was home alone and felt like someone was going to come for me. Even the days after, I was paranoid about everything. I was convinced they could see through my phone camera and were tracking everything and could see my location. I have been assured by the police not to worry too much as it seems it was only someone who wanted these images of me and had no other motive. But the thought that they have these images feels so disgusting to me. A very private part of myself is somewhere out there’.

Unfortunately, she is not the only person this has happened to. There have been several cases like this one being reported. And it is not only young women being targeted; anyone can be a victim.

Take, for example, this 42-year-old Belgian man who has also requested to stay anonymous. He is a photographer and was on a Skype call with a ‘potential client’ who claimed to be an architect wanting professional photos to put up in her office. It was through this call that the hacker got into his account and received information such as his Whatsapp number. She asked if he takes portrait photos and when he confirmed that he does, she then made a request to have some professional photos taken of herself and sent a few examples. At one point she sent inappropriate images of examples of what she would like and that was when he had realised this was a hacker and not a business client at all.

He immediately took screenshots and confronted the hacker, at which point he started getting harassed and insulted. The hacker then became aggressive, demanding money and threatened to publicly accuse the man of raping a 16-year-old girl. They had found images of him on his website and edited them in a way that put him in a compromising position with a woman under the age of 16. He said he would pay, changed all of his passwords, and requested a new IP address from his internet provider. Although it is over now, he said that he is very paranoid online and never uses requested online passwords anymore.

Relating to our activity online, he said ‘Online, you are the product. I always wonder what do they get out of it’

Remember to be careful online: