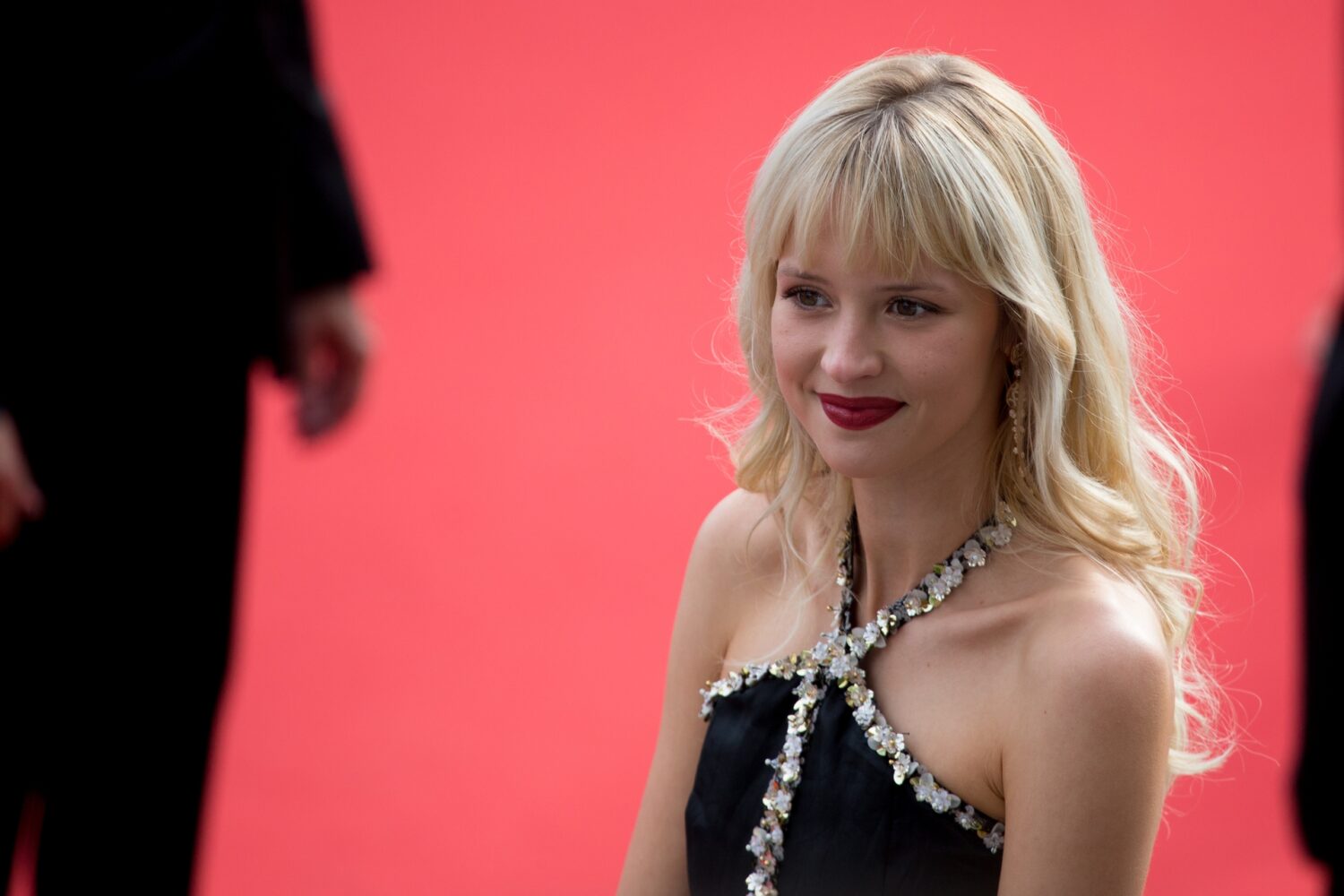 From being a small-town kid to a world star who is sharing the stage with Dua Lipa. Angèle Van Laeken (26) became a famous singer in no time and recently even got her own documentary on Netflix.

‘It happened so quickly. It was so intense,’ are Angèle’s opening words in the Netflix documentary Angèle. In less than five years, the Belgian girl from a small town called Linkebeek became known worldwide. Two opening acts, two albums, twelve songs, one tour done and one upcoming,thirty  awards, and many nominations are on her record already.

As a kid, Angèle was known as ‘the daughter of’. Both her parents were famous artists in Belgium. Her mom, Laurence Bibot, is a comedian. And her dad, Serge Van Laeken (Marka), is a singer-songwriter known from the group Allez Allez. Now the roles are switched. Angèle is no longer ‘’. Her parents are now seen as ‘the parents of’. Angèle has one brother, Roméo Elvis, who is also well known for his rap music. The two made a song together called Tout Oublier, which was her first number one hit song ever in Belgium and France.

It was never her intention to become a famous singer like her dad. In her diary, she wrote ‘I love playing the piano, but it will never become my job’. Angèle experienced a lot of pressure from her dad. Playing the piano was never good enough. He always wanted me to play better. ‘I assume he already saw the potential in me’ says Angèle.

Angèle was against smartphones in her teenage years. She had a Nokia and no social media. One of her friends said that she would love Instagram. So, she decided to make an account and posted short clips of her singing. Not a lot of people noticed her page and that was also not her intention. Although one day Sylvie Farr, the babysitter of Angèle, posted a comment under one of her videos. ‘Shotgun. I become you manager’. That’s the comment that got the ball rolling.

Sylvie pushed Angèle out of her comfortzone. Instead of singing in her room, she made her sing in bars so people could notice her. Angèle loves to sing jazz. She even studied jazz music. One evening, she had the chance to perform in a famous jazz bar in Brussels. Her concert was sold out. One of the spectators was Nicolas Renard, who became later her second manager.

Nicolas worked with big artists like rapper Damso. Damso called Nicolas because he was looking for someone who could play the keyboard during his tour. He was thinking Angèle could maybe play. Without hesitating, Nicolas agreed and asked ‘what about if she performs as your opening act?’

The 5th of October 2017 was the big moment. Her first time performing on a stage. She was looking forward to it. Unfortunately, the crowd was not looking forward to her. People wanted to hear rap music and not some unknown blonde girl with a soft voice. They screamed boo during the whole performance, but Angèle kept going.

After the concert, Damso posted a picture on Instagram to show her support. ‘She will become big’, was written underneath it.

For the next three months, Angèle kept performing as a supporting act. People slowly started to appreciate her act and even started shouting her name. ‘Angèle, Angèle, Angèle’.

While she was touring with Damso, she kept writing her own songs. La Loi de Murphy was her first finished song. She even made a video clip and posted it on YouTube. In no time, the video was watched more than 100,000 thousand times. ‘What am I getting into’, thought Angèle.

People started to notice her more and more. Playboy contacted her to make a portrait of her. Angèle agreed, but the only rule was that she didn’t want it to be sexist as she considers herself a feminist. In the end, Playboy didn’t listen to her one condition. They published a picture of her almost naked, with two peppers in front of her boobs and red lipstick.

Other media picked this picture up and published articles like ‘the daughter of poses naked’. Her two biggest fears came true: to be seen as the daughter of and to be pictured as someone who she isn’t.

She was already embarrassed enough. As if that wasn’t enough, another journalist exposed her being gay before she could even tell her family that she has a girlfriend. ‘That’s exactly the reason why people are afraid to tell they belong to the LGTBQ+-community’, says Angèle in the documentary. ‘Love is love, and that’s all that matters.’

Angèle doesn’t only support the gay community, she also stands for feminism. One of her songs, Balance Ton Quoi, is about men objectifying women. She wrote it after a man harassed her on the streets in Brussels. The song had a lot of impact on the #MeToo movement. Women started to sing the song during protests.

Not long after the song came out, her brother, Roméo Elvis, got accused of sexual assault. Angèle got a lot of hate on social media. ‘Educate your brother and the message in the song is worthless’, was written on Twitter.

After all that happened during that time, Angèle was feeling disheartened. ‘I can’t fake a small when I am feeling down. After a concert, I was supposed to take pictures with fans, but I told my crew I couldn’t do it that day. Again, fans started to throw hateful words at me. I remember a mother saying to her daughter ‘just pull her hair’.’

‘It’s hard. I know I never will be able to give the same amount of love back to my fans that they give me. It sucks because I need them. I need them to listen to my songs to get an income. But I can’t give them enough back. I can only give them my songs and concerts.’ That’s what she is trying to do with her second album, Nonante-Cinq.

Her second album is less universal. It is more personal. ‘In five years, I changed a lot. I want to sing about different topics.’ One of the songs on the album is called Bruxelles je t’aime. Angèle lived in different places. Paris, Linkebeek, Brussels,… But Brussels always has her heart. The song is a love letter dedicated to her city.

All the songs were written during the lockdown. Like everyone, Angèle was bored during the lockdown until she got a message from someone on Instagram. That someone was Dua Lipa asking if she wanted to collaborate and make a song together. In no time, Fever was born. Angèle, a world star was born.