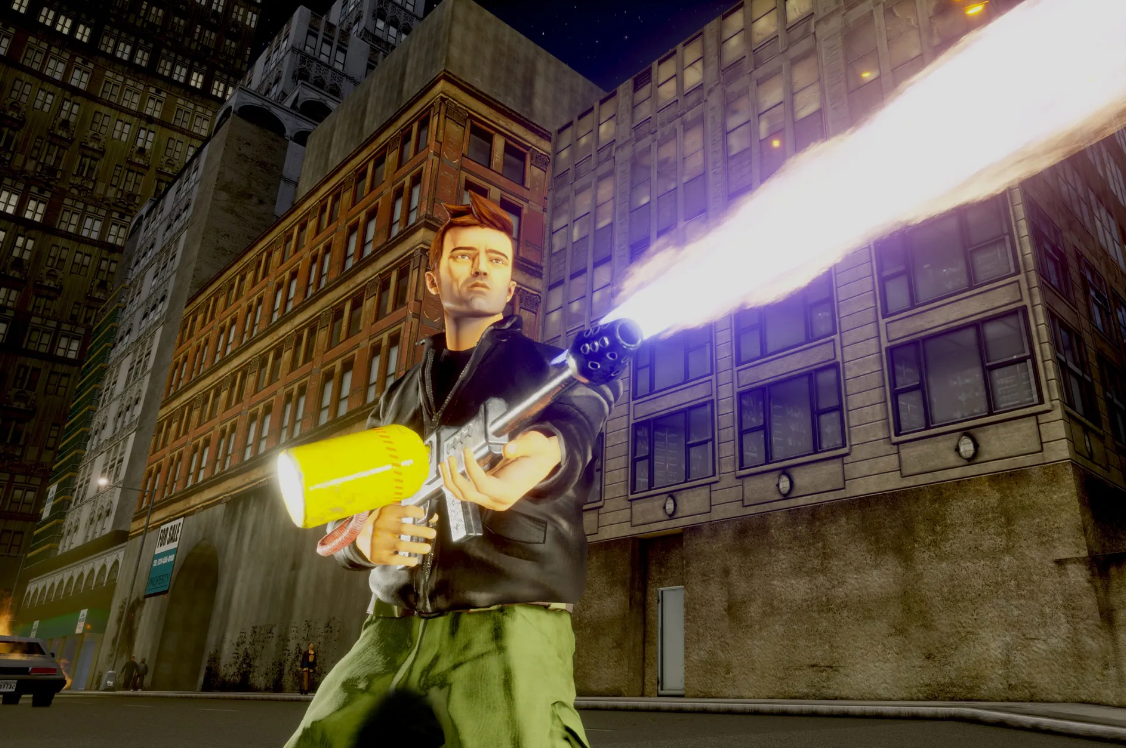 It’s been two weeks since famous publisher Rockstar games re-released GTA: The Trilogy with a proverbial fresh coat of paint. That gave me plenty of time to freshen up my memory by once again diving into the games that defined my childhood before writing this review. What I found out is that some memories are best left undisturbed.

The GTA trilogy was a staple for many prepubertal boys growing up in the mid-nillies. When GTA 3 came out way back in 2001, it stunned audiences worldwide with its (at the time) amazing graphics, massive open world and deep story line. After GTA 3’s massive success, Rockstar unleashed Vice City upon the world of gaming, showing that GTA 3 wasn’t just a fluke. Vice City built upon GTA 3’s strengths while adding some unique elements that impacted the gaming world to this day. Finally, the grand finale of the trilogy would be GTA San Andreas. San Andreas offered an unprecedented amount of content, three cities to explore and a story that, for the first time in GTA history, injected a moral compass into its protagonist. Naturally, to be able to paint a fair and accurate picture of the trilogy, I had to play the three games in order, the way they were meant to be played.

When I booted up GTA 3’s remastered version for the Playstation 4 for the first time, I tried to go in with an unbiased mind. I tried to ignore all the negative press about glitches, weird textures and odd character models. Surely, I thought, the complaints would be overblown. Rockstar is a company that prides itself on integrity and would never exploit anyone ever. As it turns out, going in with a neutral outlook was a good idea. From the moment the first cutscene started playing, I knew that the complaints were overblown (but still valid in some places).

Low polygon potatoes
The atmospheric, grungy noir aesthetic that made the original GTA 3 so compelling was still there. Character models were actually detailed now, a radical departure from the 2001-era’s low polygon potatoes. And although some characters do look a little odd and plastic-y, I still consider them an upgrade to the low-resolution digital apes that I sometimes saw in the original game. A small complaint I did have was the rain effect during the opening cutscene, which honestly didn’t look too great. The game more than makes up for that by upgrading everything else though, from vehicle models and weapon textures to the look of buildings.

But perhaps the biggest graphical update is the lack of the original’s trademark fog, a tactic used by early game developers to hide the fact that computers did not have enough processing power to render large portions of the game at the same time. What used to feel like a claustrophobic experience in a cramped alleyway now actually feels like you are walking around in a living, breathing city. Being able to see the skyscrapers across the river really adds to the Liberty City (the games’ version of New York) feeling. Another huge quality of life update is the addition of fully real time shadows, which means that, as the time of day changes in-game, shadows will move along realistically. Obviously, such a graphically intense detail was impossible in the Playstation 2-era, but I still feel that this is an important feature that adds to the immersion.

Eldritch horrors
However, whereas the graphical part of this game seems nicely polished, I cannot say the same for the gameplay aspect. The gameplay in this remake is messy, clunky and feels straight up unfinished at times. During my playthrough of the game, I ran into a number of issues that seem to have been missed by the games’ nonexistent playtesters. I can recall falling through the floor into an unending abyss on one occasion, forcing me to restart my game and praying that the darkness did not permanently claim my character.

Besides major, game-breaking issues such as the one outlined above, I had to contend with a number of smaller fuck-ups. The free aiming system is wonky at best and you can really tell that the old animations were not designed for a modern aiming system. When my character runs sideways or turns while aiming, his arms will distort and twist like some Eldritch abomination. Cars are another issue. When driving, the physics feel off somehow. In the original GTA 3, I always felt like driving was grounded. Now, I somehow lose control way more often due to seemingly tiny collisions or bumps in the road.

In for a dime
Besides glitches, there were some questionable design choices as well. Whenever you aim your weapon at another person, their character model gets highlighted in a very odd way, which once again ruins the immersion. I’m supposed to be playing as a delinquent young buck on a path of revenge, not as the freaking terminator. Then there’s the odd textures and ill-fitting hitboxes on some objects, which makes the game come across as unfinished at best, and a lazy cash grab at worst.

All in all, the game itself is still the same old GTA 3 that I’ve come to know and love throughout the years. Although many of the game mechanics and mission objectives have not aged gracefully, they still represent a revolutionary period in the world of open world games and the game should be viewed in that light. It’s like watching an 80’s movie and appreciating the dated special effects, even though a kid with a laptop could probably do better today. However, I feel like Rockstar really dropped the ball on this specific iteration of GTA 3. The game feels unfinished and is probably not the best version of GTA 3 that’s out there. Although the graphics are decent, you can find homemade mods that do a far better job than Rockstar itself did. If you really want to experience this old-school classic in a modern way, you should just buy the original version on Steam and-

It looks like you’re shit out of luck. Rockstar removed the original version from the online gaming platform Steam and cracked down on the modding community that has kept its legacy alive throughout the years. Yeah, just go ahead and torrent that shit. I rate this remake a four out of ten.