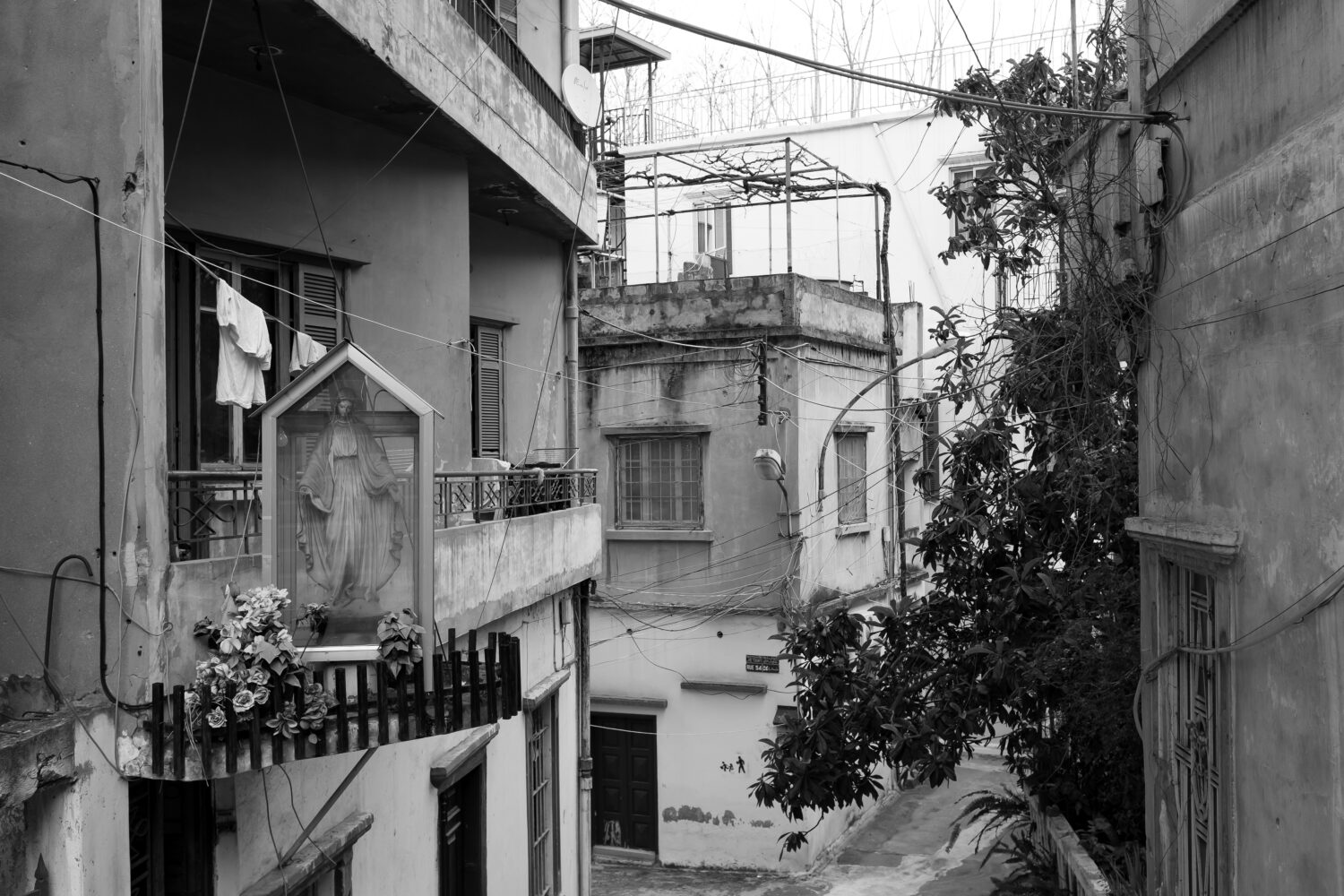 Elementary medications are running out. Banks don’t allow people to withdraw money. Lebanese wait for hours at gas stations. Electricity has become a luxury, not a basic need. Lebanon is enduring a devastating humanitarian crisis. While the economy has crumbled, thousands of Lebanese, like Nicolas Saliba – a former resident, have left the country.

The economic meltdown developed gradually but then collapsed suddenly. The crisis was triggered on October 17th, 2019, when Lebanon’s cabinet proposed new tax measures. The government imposed a tax on all WhatsApp calls, which were used by many Lebanese families since phone calls were too expensive. As a response, tens of thousands of protesters took to the streets across the country, culminating in the largest protest movement Lebanon has seen in years. `Everyone was affected by the change. I felt it after two months. The streets were full of people protesting. Sometimes, I couldn’t even get to work. The streets were too crowded,’ says Nicolas Saliba, 28.

‘The fear of unknown was there every day’
Nicolas Saliba left Lebanon in August 2021. He used to live in Bikfaya, a small old town situated in the Matn District region of Mount Lebanon, 25 km away from Lebanon’s capital city of Beirut. Before the crisis, Nicolas had a steady stream of clients. He worked as a freelance architect in Lebanon. After struggling with uncertainty for two years, in the summer of 2021, he found himself with a blocked bank account and a much lower salary. `I couldn’t afford the same amount of food, services, and medicine as I used to. The fear of the unknown was there every day’, says Nicolas. He left the country and came to Belgium for a postgraduate program in Space and Service Design: ‘In the last two years, I felt like everything was collapsing. The timing of the crisis made me do it now. I wanted to continue with my education, but I couldn’t decide when.’

Between Covid-19 pandemic and Beirut port blast
The COVID-19 pandemic and the Beirut explosion in August 2020 exacerbated the already dire situation in Lebanon. The explosion killed more than 200 people, leaving around 300,000 people homeless and more than 6,500 injured. It is estimated that the blast cost Lebanon more than 6.7 billion dollars, according to the World Bank. Nicolas was in Beirut on the day of the explosion: ‘I was injured that day so I went to the nearest hospital. Everything was so chaotic. Doctors prioritized injured patients based on how serious their wounds were. Having too many patients and insufficient spots made the situation critical.’

The coronavirus pandemic worsened the crisis. The lockdown measures resulted in severe disruption in supply and demand. Local businesses had to reduce the number of employees. `My friend was fired without any warnings. Everything happened so quickly that he suddenly didn’t have any source of income anymore. He left Lebanon in less than one month’, says Nicolas Saliba. Surveys made by InfoPro Research between November 2019 and January 2020 estimated that 350,000 private-sector jobs were lost in Lebanon during October 2019-June 2020, most of which occurred during the first half of 2020.

‘I lost 70% of my capital’
Now the damages are increasing even more. Prices are rising and the Lebanese currency has lost up to 90% of its value. ‘Firstly, the currency fell only by 1.5%. Then the banks partially blocked our accounts. Everyone, including me, had access to a small amount of money. This was the beginning of 2020,’ says Nicolas. For example, if he had 1,000 euros in his account, he could withdraw only 50: ‘It’s less than 10% of your capital. I was allowed to withdraw money only once per week.’

After five months the situation got even worse. His bank account was blocked, and he couldn’t use credit cards. ‘The authorities came up with what they call a ‘solution,’ which wasn’t convincing at all. They gave our money in Lebanese pounds, but with only a third of their value, meaning I lost 70% of my capital.’ 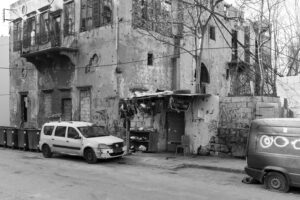 Switching from credit cards to cash
As all bank accounts were blocked, and people couldn’t pay by credit card, everyone in Lebanon started using only cash. Nobody accepted a bank transfer. ‘As an architect, I asked to be paid in cash. It was very difficult for clients to accept that at the beginning. Some of them even refused to work with me. They didn’t reject my work, they just couldn’t pay in cash,’ says Nicolas. After half a year, people had to accept the idea of dealing exclusively with cash. Until this moment, Nicolas’ bank account is still blocked and the majority of people in Lebanon use only banknotes.

People are still relying on their relatives who work abroad. Affluent people, the ones who have connections with the government, are not struggling with any economic problems, explains Nicolas: ‘The corruption is everywhere. As I didn’t know anyone in the government, I couldn’t afford anything. The only answer was to start asking for cash in return for my services and to limit my expenses.’

Fuel, medicine, and electricity shortages
Due to its dependency on fuel imports, Lebanon has been stricken by a crippling energy crisis. The lack of diesel and fuel, along with outdated infrastructure, has led to frequent power outages. Entire areas happen to remain without electricity for hours.

Nicolas used to drive to work daily. This summer, he couldn’t afford to use the car as the fuel prices increased by a factor of ten: ‘When you walk down the streets in the middle of the day, you’ll see lots of cars parked in front of people’s houses. Only a few can afford the petrol. Lebanese now use public transportation, if they have the money for it.’ The fuel shortage has resulted in confrontations at gas stations, where people queue up for hours. Nicolas has even witnessed a few drivers drawing weapons over fuel.

There is also a medicine shortage in hospitals and pharmacies. ‘I have to take medicine daily. Before I came to Belgium, I bought one pack of that medication in Lebanon – the last one in stock. The pharmacist warned me to start looking for an alternative because they couldn’t order it anymore. It became too expensive’, says Nicolas. Hospitals and medication are available now ‘only for rich people,’ he explains.

Insurance companies are also collapsing. In February 2021, Nicolas paid for his health insurance, which would have been available for one year. In June, the crisis escalated. When he went to the hospital in July, he had to pay more than half of his medical bill. ‘The health insurance didn’t cover many of my medicines, although they should have been covered,’ he says.

Lebanese are looking for an exit
Because of the terror of the crisis, many Lebanese, like Nicolas, find themselves leaving the country. According to a 2021 survey published by Gallup, more than six out of ten Lebanese want to leave Lebanon permanently.

‘Just in my neighbourhood I know seven people who left this year. None of them are in Lebanon anymore. Imagine in less than one year, eight people in one neighbourhood are abroad now,’ explains Nicolas. His two brothers left the country before him, while his parents are the only ones who remained in Lebanon: ‘My parents have a small company and they are trying to manage the crisis, but what about others? What about hundreds of families with small children? We are surviving. This is the period of surviving, not living.’