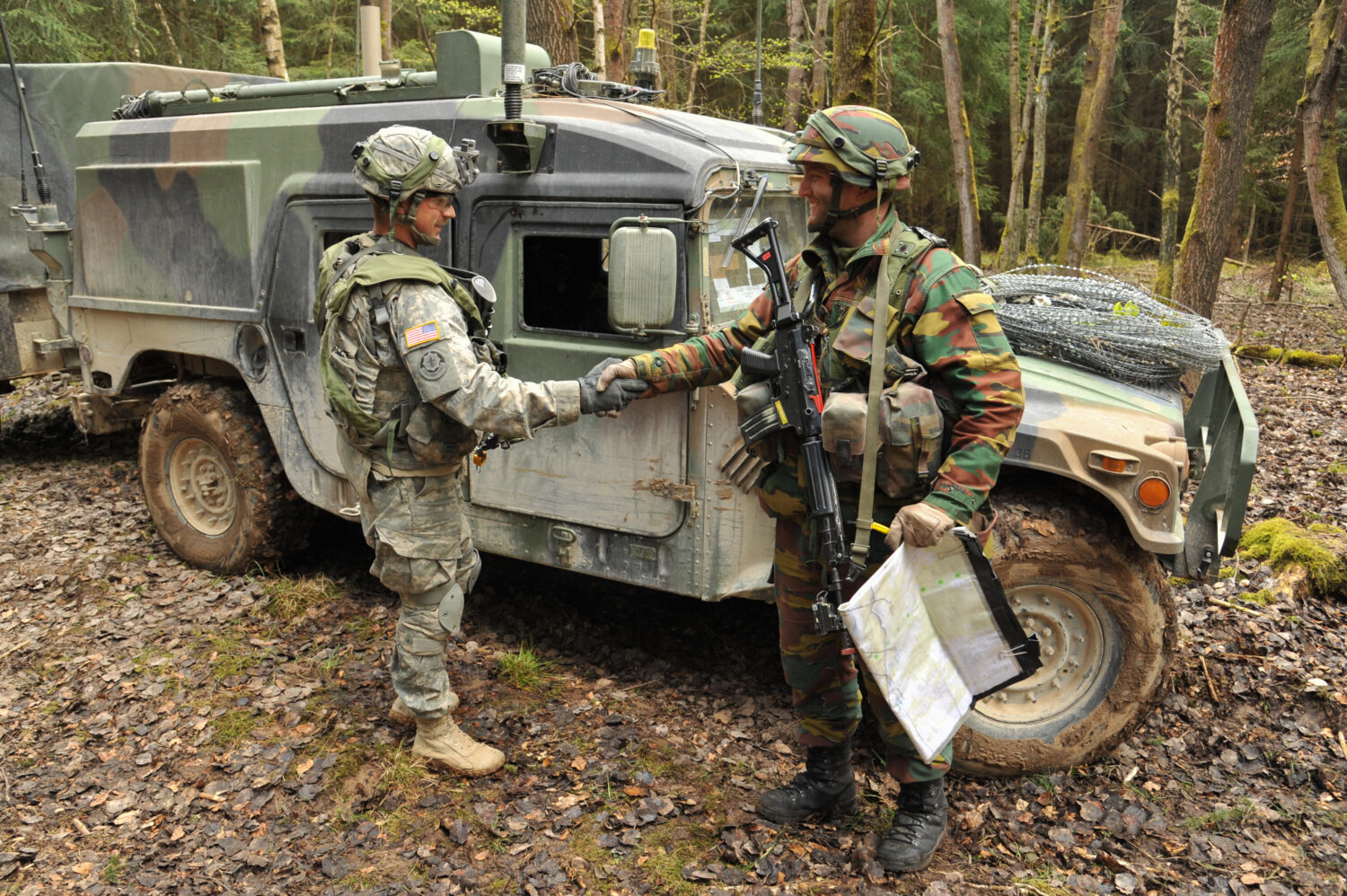 We see the atrocious impact of war every day, so why would anyone voluntarily go and risk their lives? Joining the army used to be an obligation, a duty. In today’s world, this has turned into a choice. To this day the army recruits thousands of young people every year. What their exact motivations are though, can be unclear to many. I spoke with a few young soldiers about their decision.

‘I actually come from a military family. My father, grandfather, and uncles are all in the military. It was an option that had been on the table from an early age and I definitely wanted to try it for a few years after my studies.

I also wanted to see the world in a humanitarian context and wanted to help people in areas where help is really needed. After all, that’s a soldier’s number one job, not shooting people as they show in movies. But rather communicate with the population in vulnerable areas and help with all the resources we can deploy.’

So it had always been part of your plan?
“I guess you could say that. I tried a lot of other things at first, but nowhere did I feel as peaceful as I do in the army. I’m still happy with my decision and don’t think I’ll be doing anything else anytime soon. Maybe once I’ve done enough foreign missions and believe that I’ve done my part. After all, that’s all I can do.”

Do you think the military has changed you in ways?
“Yes, the positives are that I am more orderly, more organized, and a lot better at planning than before I entered the army. On top of that, I’ve also become a lot stronger physically and mentally. My girlfriend and mother often tell me that I have become quieter now, but I don’t know if that is so negative. *laughs* Another thing is that I’ve come to appreciate the things I have at home and the life I have here.”

Anke Verbruggen (24), a soldier, soon to be in the medical field

“Ever since I was a little kid, my grandfather was my hero. He was a para commando, which really inspired me. I quickly knew that I wanted to do something that requires me to help people.”

What rank are you exactly?
‘I am considered to be one of the volunteers, which means that I am currently a soldier. These days if you wanna join the medical field, you must first have your 112 badges before you become a first soldier. I would have had that title a long time ago but due to covid, the training and internship have been put on hold. I have been waiting for more than a year and a half but am finally starting this month.

So was it always the plan or more of a sudden decision?
“I have always kept the option open. I studied at the university for 2 years to follow my heart and enrol in the military as a military paramedic. It was the perfect balance for me to be able to help people and still make the army dream come true. I can now proudly say that I would make the same choice again in a heartbeat.”

What’s life in the military like?
“It truly depends on the day. Some days our work is very intense and pretty crazy, those are the good days. I love learning new things and being challenged.

But of course, as with anything, some days can be rather dull. This doesn’t ruin the fun for me though, it’s all worth it in the end.  At the moment I’m mostly doing the daily tasks, training sessions, and so on. But after my internships, I will truly start with medical support.”

How are the sleeping arrangements?
“When we are in the field for exercises and all that, everyone has their personal tent. But sometimes people choose to sleep in the vehicles, which means it’s a mixed group. Keep in mind that this is purely optional. When a large-scale exercise takes place, we usually use barracks that are separate for men and women.”

Has the military had an impact on you?
“I think everyone changes once you join the army, in some way. Some people find their true selves within the military. Personally, I have a different vision of society and I am much more assertive as a person. I learned that people all over the world deserve respect and a chance. Most people live pretty great lives, including myself, but we’re often ungrateful for it.”