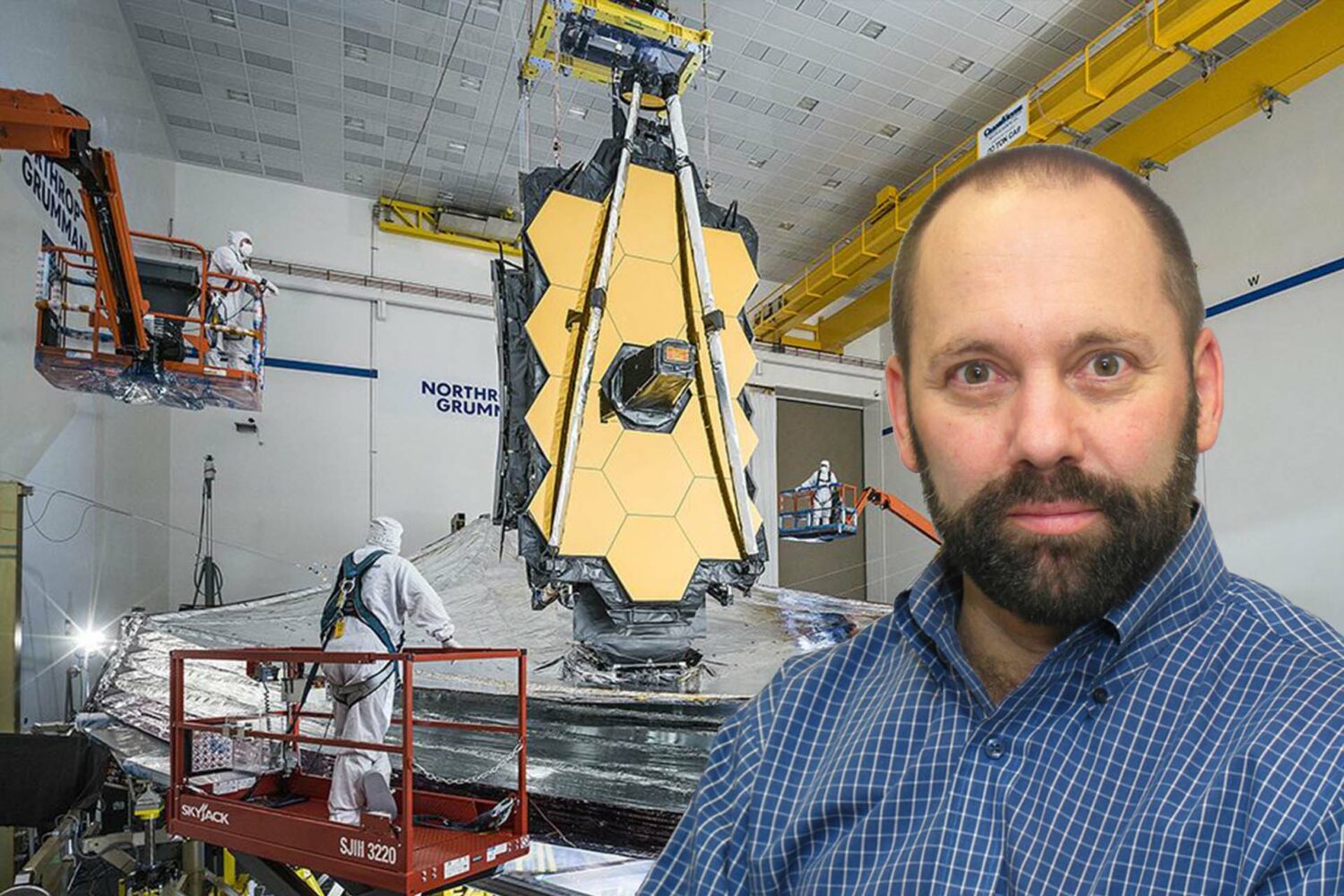 The James Webb Space Telescope (JWST) was launched into space from Europe’s spaceport in French Guiana on Christmas Day. Matthew Greenhouse, a 24-year veteran on the project, has been working passionately to make sure the JWST will fulfil its lofty goals. ‘The impact of the JWST will be transformational for our understanding of the universe and astrophysics across the board.’

The project has been in the works since the early 1990’s, shortly after NASA launched JWST’s predecessor, the Hubble Space Telescope, into orbit. Hubble would turn out to be one of the most successful scientific endeavours of all time. It has helped scientists accurately determine the age of the universe, has discovered that almost every galaxy has a supermassive black hole at its centre, determined the universe’s rate of expansion and much more. On top of that, it has made astrophysics accessible for everybody by providing stunning, high-definition images of stars, galaxies, nebulae and more. Among other things, the Hubble telescope made some of the most iconic pictures of deep space to date, such as the Hubble Deep Fields and the Pillars of creation.

Bolstered by Hubble’s success and its impact on the world of astrophysics, the American space agency set its sights on an even more ambitious project. Throughout the years, that project would eventually morph into what is now called the James Webb Space Telescope, or JWST in short. After a long and arduous process involving over 10.000 people, the JWST is now finally poised to set sail towards the great expanse of outer space. Its mission, says Greenhouse, will be to peer into the distant past and help solve some of the unresolved mysteries of the cosmos.

What it will do
‘In short, the JWST is designed to look back in time almost to the Big Bang and see the birth of the first stars and galaxies. The light emitted by those stars and galaxies is emitted in the ultraviolet part of the spectrum. However, as it travels to us through the expanding space of the universe, its wavelength is stretched into the infrared. In order to see that light we needed to build an infrared telescope. That is the primary difference between JWST and Hubble. Hubble is designed to operate in the UV and optical parts of the spectrum.’

In other words, telescopes such as Hubble and the JWST can look back in time because light has a fixed speed. The further away an object is, the longer it takes for its light to reach us. The JWST will look at objects that are so far away that the light they emitted was sent out just after the universe was born. In other words, when we look at these objects, we will see them as they were billions of years ago. The problem is that lightwaves from these objects get stretched over time as they travel through the universe, because the universe itself is constantly expanding. Hubble was unable to see these stretched out waves, but JWST was built specifically with that purpose in mind.

What we will learn
Greenhouse is convinced that the JWST will change the way we view the universe, just as its predecessor Hubble did. ‘There is a mysterious poorly observed epoch in the history of the universe called the cosmic dark ages. It is of great scientific interest because it is a period in the evolution of the universe when the very first stars and galaxies formed. We have never had a telescope in space capable of observing this period. This was the original primary impetus for creating the JWST in the first place.’

Greenhouse goes on to say that ‘the images that JWST will make will be as fascinating, beautiful and exciting as the Hubble images. It will study star formation, how planetary systems evolve and form around other stars, study exoplanets (planets outside of our solar system) and more. We will also do a lot of spectroscopy on the atmospheres of exoplanets. The breadth of JWST’s science will be very similar to Hubble.’

How it works
Designing an infrared telescope did not turn out to be an easy task. ‘When we first conceived of the JWST we quickly realised there would be two huge problems that almost ended up stopping the project in its tracks. We realised that to see those first stars and galaxies, which are very faint, we had to build a telescope that had seven times the light gathering capacity as Hubble. We wanted it to be able to have Hubble’s abilities to see fine detail but in the infrared part of the spectrum and that requires a big mirror. What we realised is that we needed a mirror that was bigger in diameter than the biggest rocket we had. That was problem number one.’

‘Problem number two is that anything above absolute zero, which is the lowest possible temperature, emits light. If you were to have infrared goggles on right now you would see your body glowing in the infrared. To deal with that we had to make it very cold so that it wouldn’t be blinded by its own infrared emission. That was the second problem. There is no mechanical refrigerator that is big enough to cool JWST to such a low temperature.’

Comparison of wavelength, frequency and energy for the electromagnetic spectrum. (Credit: NASA’s Imagine the Universe)

‘The solution to the thermal problem was to put the JWST not in orbit around the earth but to put it in orbit around the sun at a special spot in space called the second Lagrangian point. The reason we put it there is that the point orbits the sun with the earth so that the sun, earth and moon are always in the same direction. We realised that if we put the JWST there we could deploy a giant sunshield that would block the heat from the sun, earth and moon and cause JWST to always live in the shadow of its own sunshield. That will cool it passively and radiate its energy to the cold darkness of space. That’s how we solved the heat problem.’

The mirror problem, says Greenhouse, was also not an easy task to solve. The team had to make the mirror foldable which also required some clever engineering and science. ‘But all of that is behind us now. JWST is at the launch site in French Guiana as we speak and is launching on the 18th of December.’ (Disclaimer: JWST was eventually launched on the 25th of December.)