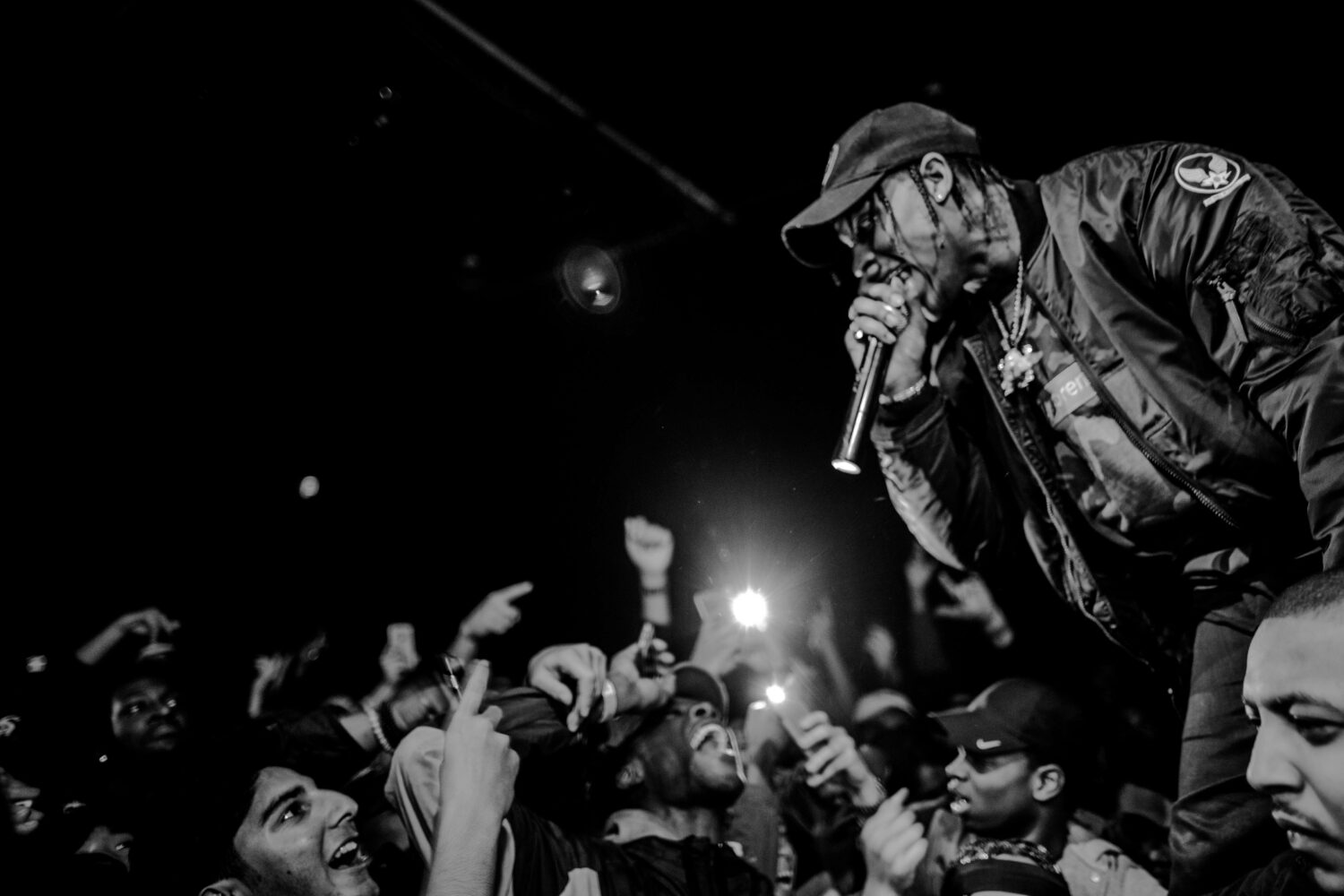 It’s been 9 weeks since the tragic accident during the performance of Travis Scott at the music festival Astroworld in Houston, Texas. Eight people lost their life due to being suffocated or being trampled upon. People on social media are still debating whether Travis Scott is the one to blame. In the meantime, Scott’s name got pulled from concert lineups and brands refuse to work with him. Who should actually take responsibility for this drama, that potentially could have been prevented?

On April 30, the organization announced that there would be a third Astroworld Fest in 2021. Tickets were quickly sold out and 50.000 people eventually arrived at the NRG Park in Houston. Fans reported that there were already some security issues at the entrance. When Travis Scott appeared on stage, the crowd could not hold their excitement, which unfolded in a tragedy.

Other festivals are familiar with the behaviour of Scott’s fans. Six years ago, Scott even encouraged them to jump the barriers during a Lollapalooza performance. The same thing happened in 2017, where he had no problem with fans ignoring security measures. Astroworld is also aware that Scott’s fans can be quite overwhelming: in 2019, a comparable accident to the recent disaster happened and three people got luckily only injured.

The concert organizer that had control over the organization and safety of the festival-goers is Live Nation. It’s been their third year organizing this event, yet they did not manage to prevent another incident to happen. It only took minutes for fans to start screaming that they weren’t able to breathe and eventually started fainting.

It should be Live Nation’s priority to be able to control a huge crowd. The organization was aware of the number of people that would come and even more security was recruited this year. The fact that this huge amount of people was accepted, makes me question if they actually choose profit over safety, especially during a pandemic.

Sure, we can blame Travis Scott for only pausing the concert once or twice to check on the festival-goers. Apparently, seeing ambulances entering the scene does not alarm him or the concert organizers to stop the concert. He could maybe make his fans aware of what they were doing, but the damage was already done.

People from the age of 14 to 27 lost their lives that day. The festival does not have an age limit, everyone was welcome. Considering that Scott’s previous concerts weren’t safe at all, it is yet again the organizer’s irresponsibility to not take any measures.

November 5 was a traumatic day for young people. When parents bring their teenagers to concerts, they put trust in the concert organizers that their children will have a fun but safe music experience. It may be a sigh of relief for them if there is an age requirement. After the Astroworld disaster, The Rolling Loud California announced that their festival this year will have a strict age requirement of 18+. In my opinion,  Astroworld has no other choice but to take every safety measure in order to save its reputation.

After all the red flags the three parties involved have ignored, one thing is certain: the fans and Travis Scott himself should themselves accountable for the disaster they could have prevented, but the concert organizers should pay the final prize.