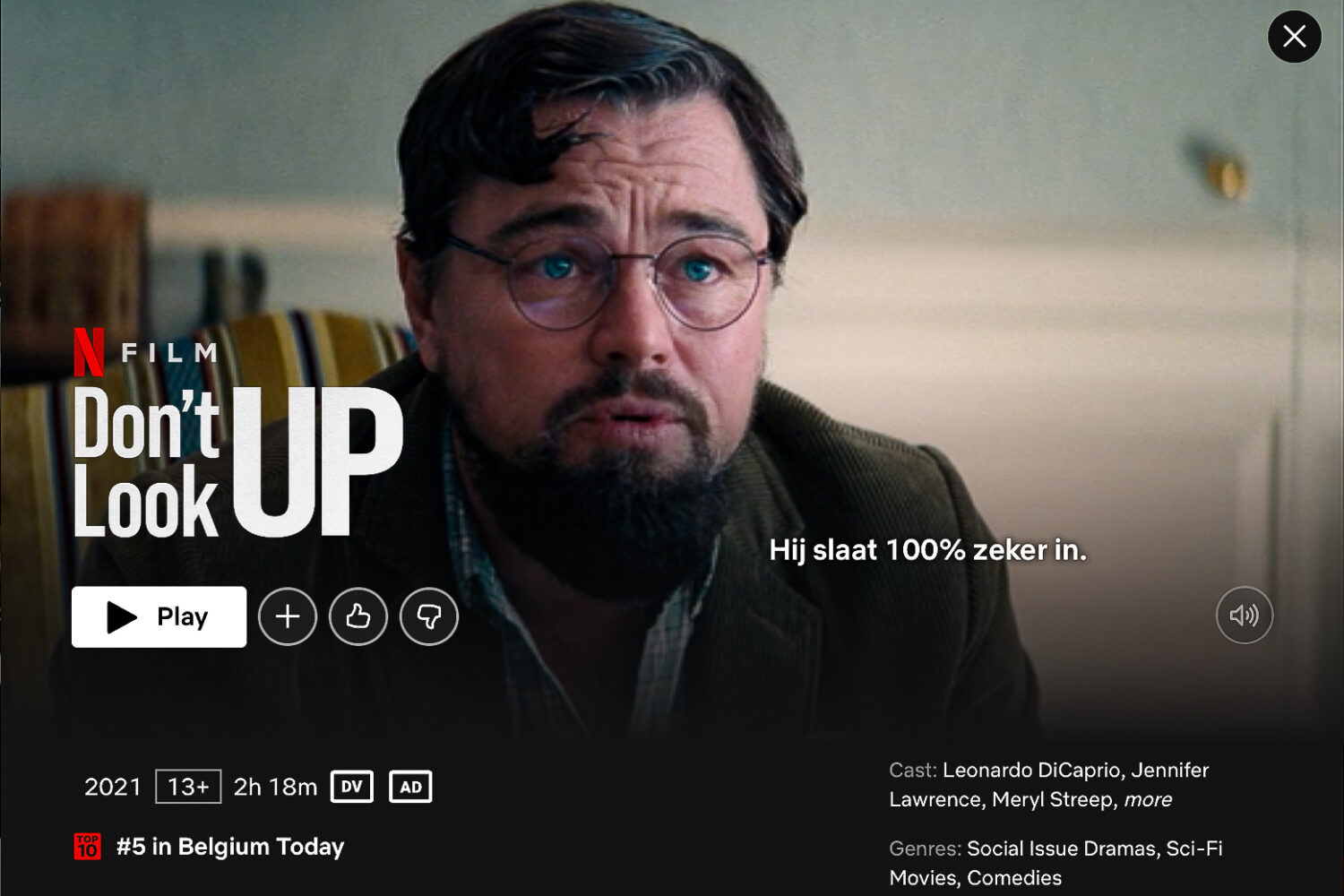 What if there was a meteor, the size of Mount Everest, heading towards the earth? How would the world react?  The new Netflix movie ‘Don’t Look Up’ is a long-awaited disaster movie filled with Hollywood hotshots. From Leonardo DiCaprio to Jennifer Lawrence, the movie’s got it all. But is this monster cast enough to create a legendary movie?

Astronomy Ph.D. student, Kate Dibiasky (Jennifer Lawrence), unexpectedly discovers a new comet. When her professor, dr. Randall Mindy (Leonardo Dicaprio) takes a look at it, they quickly find out that it’s headed straight to Earth. This event would most certainly mean the extinction of all life on our planet. They rush to tell the president and the press, in hopes of warning everyone and possibly avoiding disaster. When it turns out that no one is taking it seriously, the frustration begins.

The unfortunate overshadowing of an important message
The movie is a rollercoaster filled with real-life emotions and issues. Its intentions are set on ridiculing the media and politics and is able to do so by using fitted satire. The movie touches on some important problems in our society. The comet is said to be an analogy for climate change, as we too have been ignoring it. Despite the story’s cruciality, most of it gets overshadowed by dull, overdone humor.

Though its star-filled cast seems appealing, it can sometimes feel a little unnecessary. These actors are obviously meant to draw a lot of attention, but they often don’t add much value to the actual story. One example would be Timothée Chalamet’s appearance, it’s simply too late and seems to miss its point. Though the performances of Lawrence, Dicaprio, and Blanchett are of great quality.

The final judgement
Overall the movie left me a little disappointed. It misses its potential and feels like a waste of talent. The movie aims to be funny but mostly doesn’t land the way it should. I feel as though the movie could’ve been cut shorter, considering nothing unexpected happens after the first hour.

The movie is currently available on Netflix.