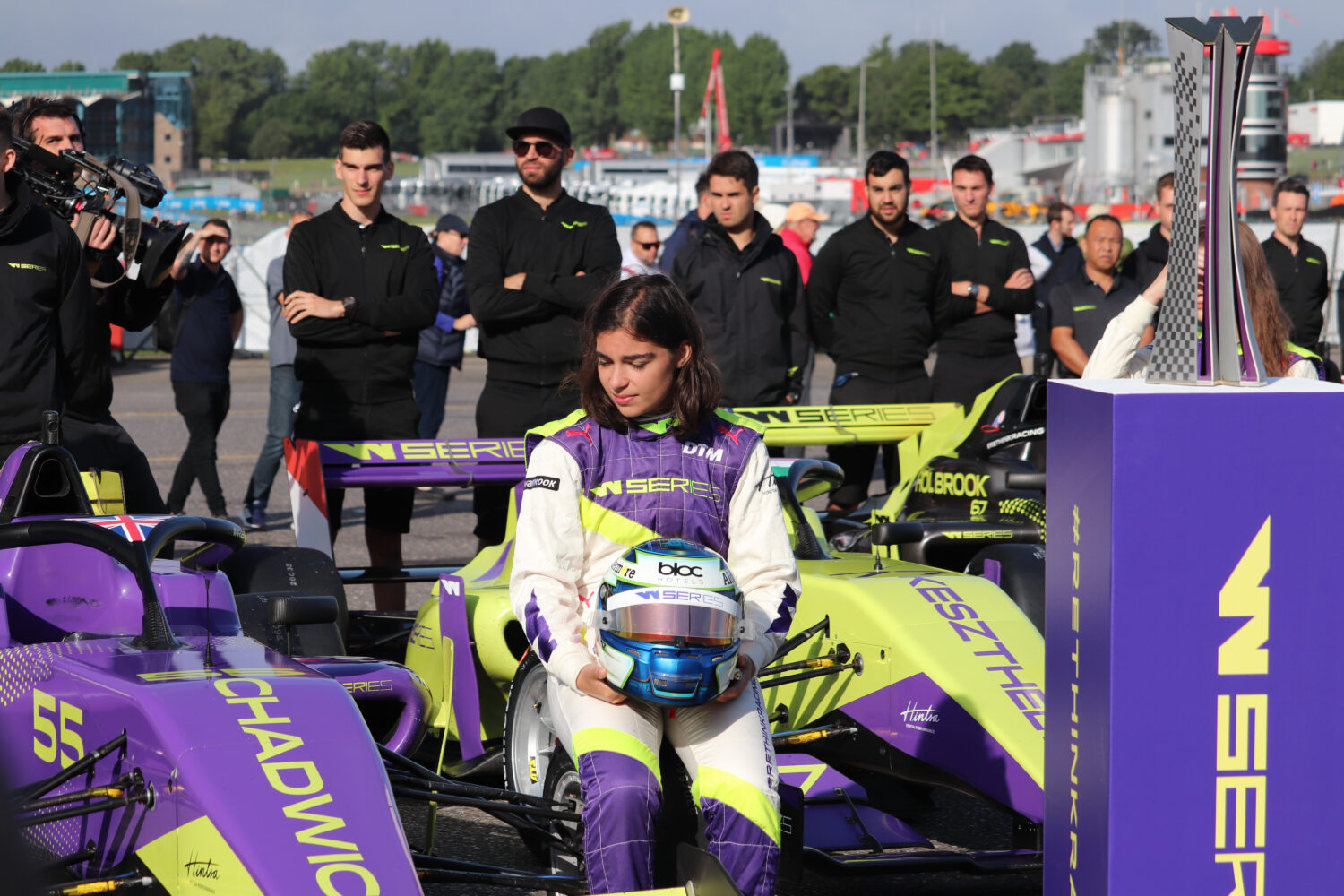 At the start of a new racing season in Formula 1, I still wonder why there are no women on the racing track. Formula 1 might be one of the few mixed-gender sports that still exist, but it’s also one of the most sexist.

First of all, it’s important to know that there were women in F1. So, it’s not like women have never participated in the sport. In total five women have stood on the racing track of a Grand Prix race: Maria Tesera de Filippis, Giovanna Amati and Lella Lombardi from Italy, the British Divina Galica and Desiré Wilson from South Africa. Lella Lombardi was the most successful of them all, as she started twelve races. She is also the only one that finished in the top ten of a Grand Prix.

Over the years, there have been multiple female development drivers for different formula 1 teams. Development drivers are involved in the testing and the development of particular F1 cars. However, they never started in any Grand Prix. The British Jamie Chadwick is the next big talent. As of 2019, Chadwick has been a development driver in the Williams Formula 1 team. She also won the W-series twice, this is a female racing competition that should give women an opportunity in Formula 1. Unfortunately, it has been thirty years since a woman started at a Grand Prix race. One may say that thirty years is a long time ago and that everything has changed. However, as men developed with the sport so have women.

The problem Formula 1 has, is that it’s all about the money. That money happens to be owned by white cisgender men, who feel superior towards women. The Red Bull team consultant Helmut Marko said in an interview in 2019 that ‘women are not strong or aggressive enough to race in Formula 1’. In 2016 Formula 1 boss Bernie Ecclestone said: ‘Women will never be taken seriously in F1 because they aren’t strong enough to drive quick enough’. And Sir Stirling Moss, a former Formula 1 driver, said in 2013: ‘The mental stress I think would be pretty difficult for a lady to deal with in a practical fashion’.

So, if what these men say is true: a driver must be strong, aggressive, quick and be able to handle mental stress. But honestly, what women in Formula 1 truly need to succeed is financial aid. Sophia Flörsch, a 21-year-old German Formula 3 driver, said in an interview with the German broadcaster Deutsche Welle that women are not able to get the same financial support that men get. Sponsors are unwilling to invest in women who haven’t shown their worth, but they can’t do that because they do not have the financial budget to drive the fastest cars. In the same interview Flörsch also said that at the start of the F3 season in 2017 her budget was 700.000 euros. The men in the top teams had double the amount.

But for those that say that women are mentally and physically too weak for Formula 1, think about this. Why wouldn’t women be able to handle the G4, gravity force, that racers endure during a Grand Prix? There are multiple female jet fighter pilots, and they must endure G9. When those men talk about the mental pressure that women won’t be able to handle, they assume that it is a simple topic, but it’s a very vague concept. Firstly, there is little research into the mental capacity one needs to drive in Formula 1. Secondly, there are often so many factors that influence the brain and how a person thinks. You cannot define mental capacity into gender. However, if you want to compare the mental capacity of women and men, you can think about all the girls that handle those sexist comments. That needs a lot of mental strength.

There are no women in Formula 1. That is not because of their lack of talent or skill, but because they are not accepted on the track by a small group of men that control the show. It’s 2022, the whole world is moving forward towards more equality. Formula 1, however, stays on their deserted pile of gold and gasoline dominated by men. The fans are ready, they ask for Jamie Chadwick to join the grid. The current drivers cheer on their female colleagues. Formula 1 world champion Lewis Hamilton has been out watching and supporting the W-series saying: “These women are awesome”. Above all the next generation of female drivers are ready. They are hungry for more. They want to take on the track and prove themselves. They want to beat the men and the world believes they can.

Picture caption: Jamie Chadwick with her racing car for the W-Series on 11th august 2019