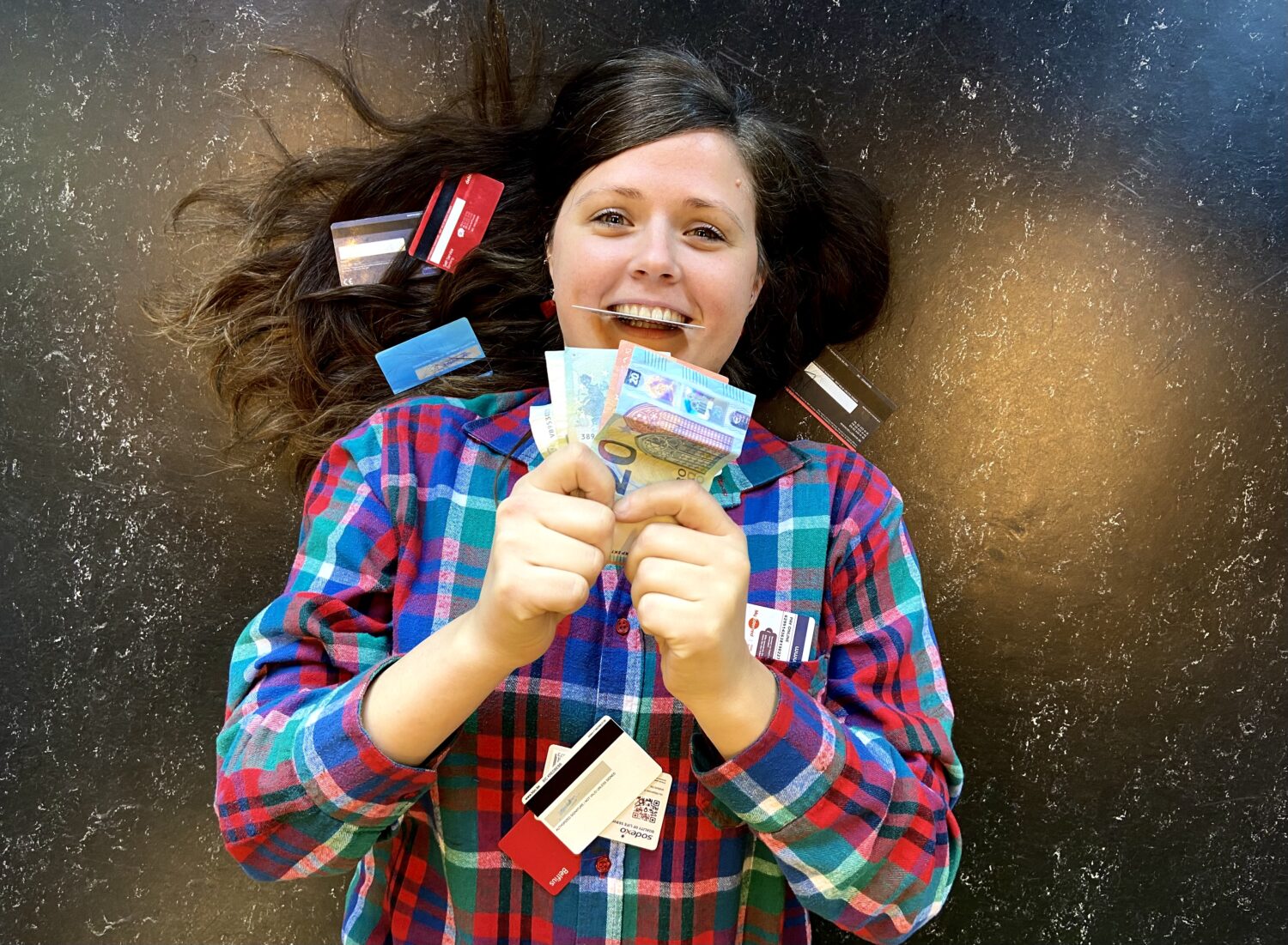 A person’s well-being increases with their income. But does money make us happy? ‘Money makes us happy up to a certain level. Although it is not true that the richer you get, the happier you will be’, says Els Lagrou, economist at OECD.

‘Money has always been a way to function and to have a better life in society. We all have the impression that money has become more important in our lives and that is mainly due to the consumer society’, says Els Lagrou, Senior Policy Analyst at OECD, The Organisation for Economic Co-operation and Development. ‘Our interest in money has grown the past couple of decades. Partly because there is money and that you can do a lot with it.’

‘Our population has grown drastically and therefore more things are possible’, Lagrou adds. Also, Anke Dumez (20), young entrepreneur, thinks that money determines your status. ‘I honestly don’t know if this is an opinion that we have been forced to learn, but I definitely think that money determines your status, which social class you are in and how you can deal with the role you get. Money means freedom, financial freedom, to do whatever you want and do it whenever you want. Money is the future. However, money is not everything either.’

Does money make you happy?

Els Lagrou is an economist by training and specialised in making people capable of handling money over time. ‘People often think that money makes them happy, but that is not the only thing. Money only creates happiness to a certain level. Although it is untrue that the richer you get, the happier you are. Money can have a big impact on the happiness that a person feels.’

‘Rich people have everything, but are still unhappy’
– Els Lagrou, Senior Policy Analyst at OECD

‘Rich people have everything but they are still unhappy. Depending on all the possible indexes and calculations you can consult, you can see that happiness does not only depend on income and money. Take the World Happiness Index, it takes many factors into account, such as health, freedom and whether there is corruption in the country you live in’, says Lagrou.

Student re-adaptation Sciences Alexandra Deroover (20) agrees, but not fully. ‘Money can make you happy to some extent. You can be free, you have better access to therapy’. Anke Dumez, young entrepreneur: ‘I do think that money can make life easier. Because even when you have all the money in the world, it doesn’t seem like a blessing to me.’

‘For me, money is the equivalent of relaxation and hard work’
– Robbe Devries, student photography

Student photography Robbe Devries (19) feels that money is the equivalent of relaxation and hard work. ‘You have to work hard to earn some rest. These two should always remain in balance. When there is an imbalance, it can have different consequences. Money does not make you happy per se, it makes life easier.’

‘Materialism is of all times’, says Lagrou. ‘It has always been the case that to belong to a group, young people must have what others have. I have a lot of contacts in the education system. They say that there are young people who have a smartphone without a subscription. All this in order to belong. That of course, is part of your development as a person. There is nothing worse than feeling excluded because you don’t have a certain thing.’

‘I do believe that a small percentage of society is not materialistic’
– Alexandra Deroover, re-adaptation sciences student

According to Lagrou, almost everyone is unconsciously materialistic. ‘But where does it start? Of course, we always must think about the basic needs. These change all the time. Now, you must have a smartphone. If we want to change that, we need to let some of our materialism go and then share that piece with people who are less well off.’

Lagrou thinks it’s a good idea to teach young people how to handle money. ‘There are many reasons for this. First of all, young people often overestimate themselves. In particular, students have a tendency to do that even more. They easily think they work faster with technology. So that’s the first problem, the over-confidence in themselves.’

‘When you learnt to ride a bike, you got a lot of scratches and bruises. However, learning is trial and error. That is different when it comes to money. Say you have saved up five hundred euros, suddenly you are a victim of fraud. That is one of the risks of not teaching young people that they are vulnerable to fraud. You have little opportunity to practice.’ That is the second example of why young people should learn to handle money.

‘Not every student gets this information from home’, argues Anke. ‘Some students get everything from their parents and might fall into a black hole when they start living on their own. Suddenly everything is different and unclear when they have to work for it themselves. The other students may see it completely different and may have grown up in a more difficult financial situation. They will rethink every purchase. That is why I think it’s important to pass this on to students.’