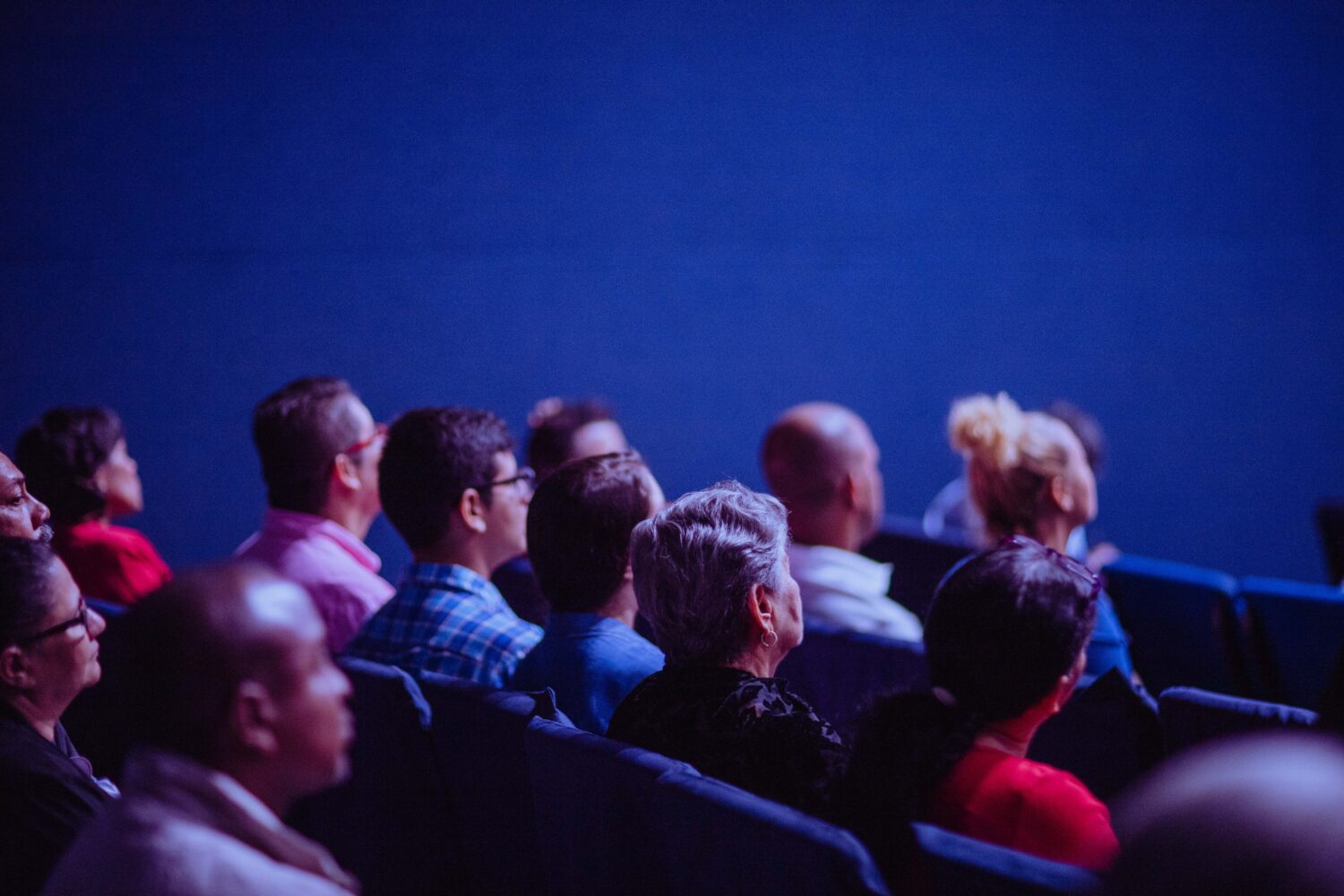 When going to a comedy show, what is the most commonly seen person in the audience? There is not that much diversity in comedy overall. ‘But comedy is not only for boomers’, says MC Sergej. He was the Kid’s English Comedy Open Mic host on the evening of the 5th of April in Antwerp. ‘I would love for students and younger people to come to open mics. The audience’s average age is too high, and there is rarely enough diversity.’

Kid’s English Comedy Open Mic was a comedy performance on Thursday the 5th of April in Antwerp. ‘An open mic is a performance where comedians come and try out jokes on an unsuspecting audience’, says MC Sergej, host of the performance in the Kid’s Rhythm ‘n’ Blues Kaffee. ‘It’s the perfect time to brush up on your material and make sure your comedy bit is put together properly. A professional comedian aims for about six to nine laughs per minute.’

‘Comedy is not only for boomers’

It feels like the lack of diversity in comedy might contribute to the lack of diversity in the audience. When you look around at comedy shows more than half of the audience is in their mid-thirties or older. When you look at the audience at open mics, that might differ. That’s because an open mic is a try-out where the public decides if the pieces of comedy are good or bad and they only take a couple of minutes from your time per comedian. That makes open mics more accessible for students.

‘The most obvious illustration in comedy is late-night television. There is something notably missing in that branch: women and the diversification of races. Another important thing in comedy is credibility. Shared experiences or feelings are often necessary for the art form to have an impact on audiences. That would be another way of making shows more accessible for students.’

‘Generally, there are a few students here and there, says Sergej. ‘It depends on the evening. I do notice that most students have not yet found their way to the comedy nights, which I find very unfortunate. Most of the open mics are very low-key. You get a nice mishmash of styles and humour to choose from. Perhaps students fear being called out by the comedian. A way to make it more accessible could be making more content for students too.’

‘You might need to listen to someone you don’t find funny for two hours straight at a regular comedy show. That is torture’ – Comedian Giorgio Slagveer

One of the acts of the evening was Giorgio Slagveer, a comedian and filmmaker. He shares the opinion of Sergej. ‘I do notice that there are some students present at the open mics from time to time. At an open mic, you always have all sorts of people. Also, at an open mic, you don’t need a high attention span and there is a lot of diversity in the acts. You might need to listen to someone you don’t find funny for two hours straight at a regular comedy show. That is torture.’

‘Comedy is not only for boomers’, says Sergej, ‘but in cultural centres, you notice that you mostly get a middle-aged, white audience. So yes, I think more students and youth should come to comedy. Comedians need to make the audience feel good. And therefore, a comedian will never pick you out unless you do or say something stupid.’

In his article, comedian Joe Welkie mentions another problem. Most of the comedians in the American cultural sector are cisgender white men. ‘If you’re a comedian, you don’t want to be perceived as just the female comic or the Asian comic. You should want to be the best comic regardless of race or gender. Unfortunately, it seems that a lot of people have lost sight of that goal.’

How to attract students

‘I discovered comedy when I was about ten years old. But I only dared to go on stage myself for the first time when I was 34 years old. When I was younger, I loved watching comedy’, says Sergej. ‘Most comedians are youthful in spirit, so even then it is hard to connect with people over 50. The number of young people that come to the show will influence the comedy culture in Flanders.’

‘I hope that in the future, we will take more of an example from the English comedy culture’ – MC Sergej

‘It could also be that the big names within the Flemish comedy world are no longer relevant to the youth, in terms of subject and the way of bringing it. That can only change if the audience changes. I hope that in the future, we will take more of an example from the English comedy culture. There you have open mics for any kind of audience: young, old, alternative. Comedy is still not considered an art form in Belgium’, states Sergej. ‘I want to try and encourage students to come to the open mics. And if you hear a comedian you don’t like, it’s no big deal because within eight minutes someone else will come up who might be your go-to.’