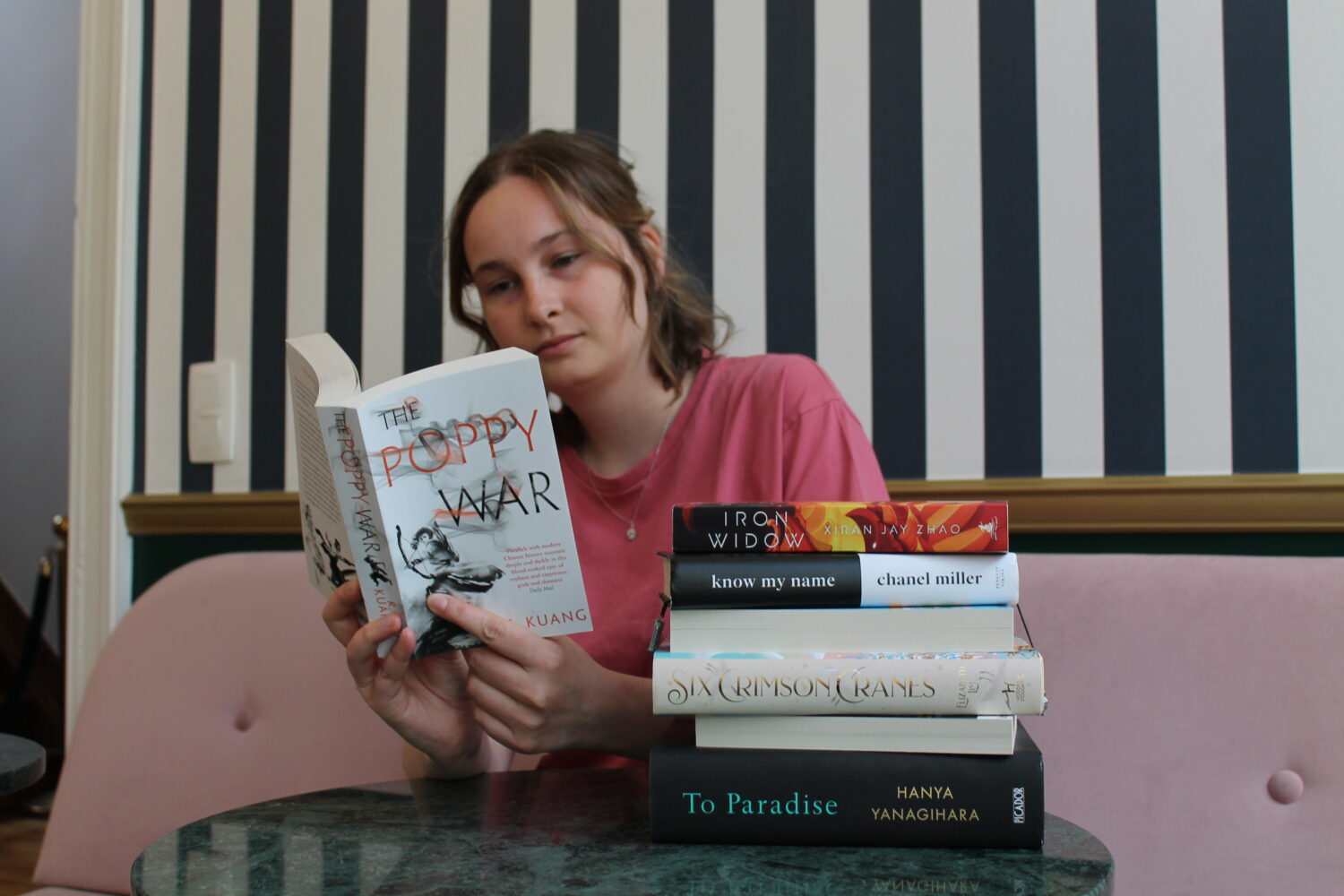 Chanel Miller wrote this memoir after she was sexually assaulted on Stanford’s campus. It leaves the reader speechless. She depicts the ceilings she had to conquer during the lawsuit against her assailant. Not only is she a woman, but also an Asian-American. Nobody should take the blame after someone else took their integrity away. Chanel Miller’s ‘Know My Name’ takes the reader through a horrible experience that everyone should understand, and nobody should experience.

Iron Widow is a Young Adult fantasy book. The story follows Huaxia, a girl living in an anime-inspired fantasy world. The universe she lives in is tormented by alien beasts and the only protection against them are giant robots that are piloted by a boy and a substitute girl. Huaxia’s sister died while piloting a robot, and Huanxia is out for vengeance. Xiran Jay Zhao wrote an inspiring story about strong-minded girls and their place in the world. The world has an anime impression, which adds to the story.

‘So We Meet Again’ is a fun chick lit for a rainy day. It’s about Jessie Kim who, after she got fired from her Wall Street job, is living with her Korean parents again. In her hometown, she meets her childhood rival again and they fall in love. They start a romance, but many traditional Asian constructs are holding them back. It shows the backstory of the Asian-are-super-smart stereotype. But it also shows that they are just humans, like everybody else who has difficult parents and money problems.

The Hawaiian Hanya Yanagihara published her third novel ‘To Paradise’ after the success of ‘A Little Life’. ‘To Paradise’ is a story about Americans who lived in three different periods: 1893, 1993, and 2093. The main characters are a rich heir who falls in love with a music teacher, a young Hawaiian man who lives with his wealthy older partner, and a granddaughter of a famous scientist whose husband has disappeared. It’s literary fiction that searches for what Americans truly unite and what makes them human.

The leader of the indie-band Japanese Breakfast, Michelle Zauner, wrote her memoir ‘Crying at H Mart’ after the loss of her mother. It shows the difficulty Michelle Zauner faced as an Asian-American. How to be part of two cultures, both Asian and American. Growing up, Michelle Zauner had a difficult relationship with her mother, who had high expectations. She wrote a realistic depiction of dealing with two cultures and rediscovering their beauty.

‘The Sympathizer’ is a thrilling historical detective novel set during and after the Vietnam War. The narrator is the unnamed “commandant” who was sent to America in the final days of the war. He was sent as part of the Special Branch of South Vietnam’s National Police. However, he was a mole. A Communist undercover agent who needed to keep watch on the Special Branch. Viet Thanh Nguyen tells a different approach to the well-known Vietnam War. The more Asian approach shows the difficulty of balancing two worlds. 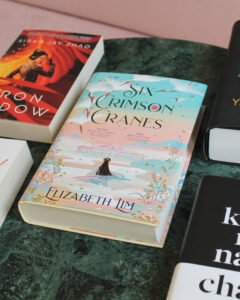 This young adult fantasy novel ‘Six Crimson Cranes’ is based on East Asian folklore and is a retelling of ‘The Wild Swans’ by Hans Christian Andersen. ‘The Wild Swans’ is about a princess who saves her brothers, that are turned into swans by an evil queen. Princess Shiori has special powers, which her stepmother tries to quell. The stepmother locks her up, turns her brothers into cranes and forbids Shiori from ever talking about it. Elizabeth Lim is known for her retelling, but this one is especially beautiful because it comes from merging two traditional fairy tales. Shiori is the perfect fiery princess that will put her family first, always.

R.F. Kuang based her fantasy novel ‘The Poppy War’ on twentieth-century China, more specifically military history. The story follows Rin. She is a darker-skinned peasant who gets accepted into the most elite military school. Later, she discovers that she has great lethal power that could change the course of the next war. ‘The Poppy War’ is a very harsh and unfiltered story of war and the brutal actions that often take part in it. It is heavily focused on the political side of the war, but the characters are very interesting. There are no winners or losers. Everybody is flawed.

‘If I Had Your Face’ is a contemporary fiction novel set in Seoul, Korea. The story follows four women who live in the same apartment building. They live completely different lives, but they are all struggling with the Korean standards in looks, jobs, relationships, and finances. If you are looking to discover real Korea, this is an interesting book to read because it shows that Korea is not like the K-dramas.

not fully convinced i’m not dreaming this up but oh my god PORTRAIT OF A THIEF IS A #1 SUNDAY TIMES BESTSELLER 😱😭 https://t.co/HXVWfLnG0g

This mystery thriller by Grace D. Li is about the greatest Asian-American art heist that could be pulled. The crew consists of five Asian Americans: the art history major protagonist, the public policy major con artist, the thief, a racer who substitutes as the getaway driver and the Silicon Valley hacker guy. The price: stealing back five Chinese sculptures looted in Beijing centuries ago and fifty million dollars. Grace D. Li talks about the colonization of art and the Chinese American identity.