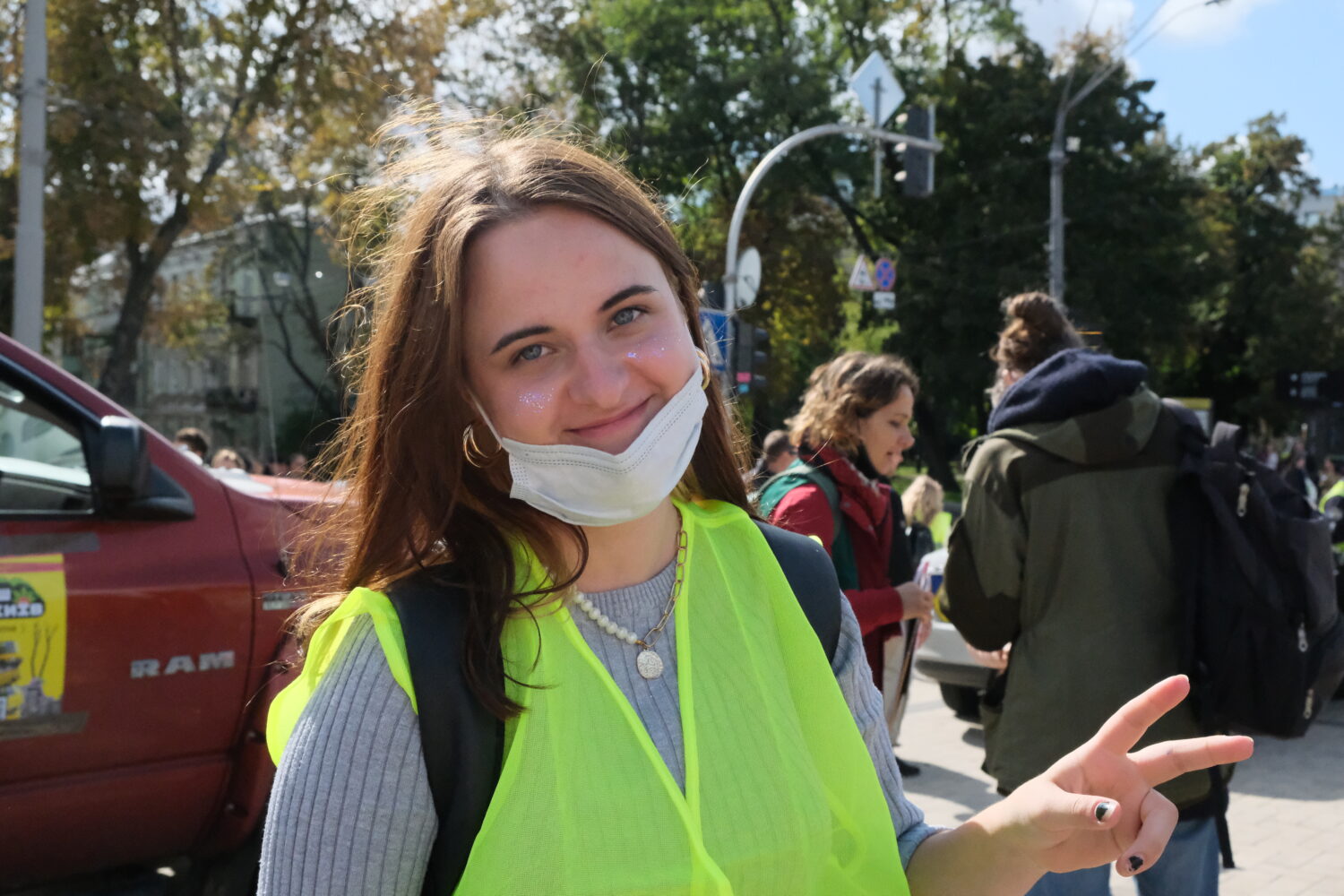 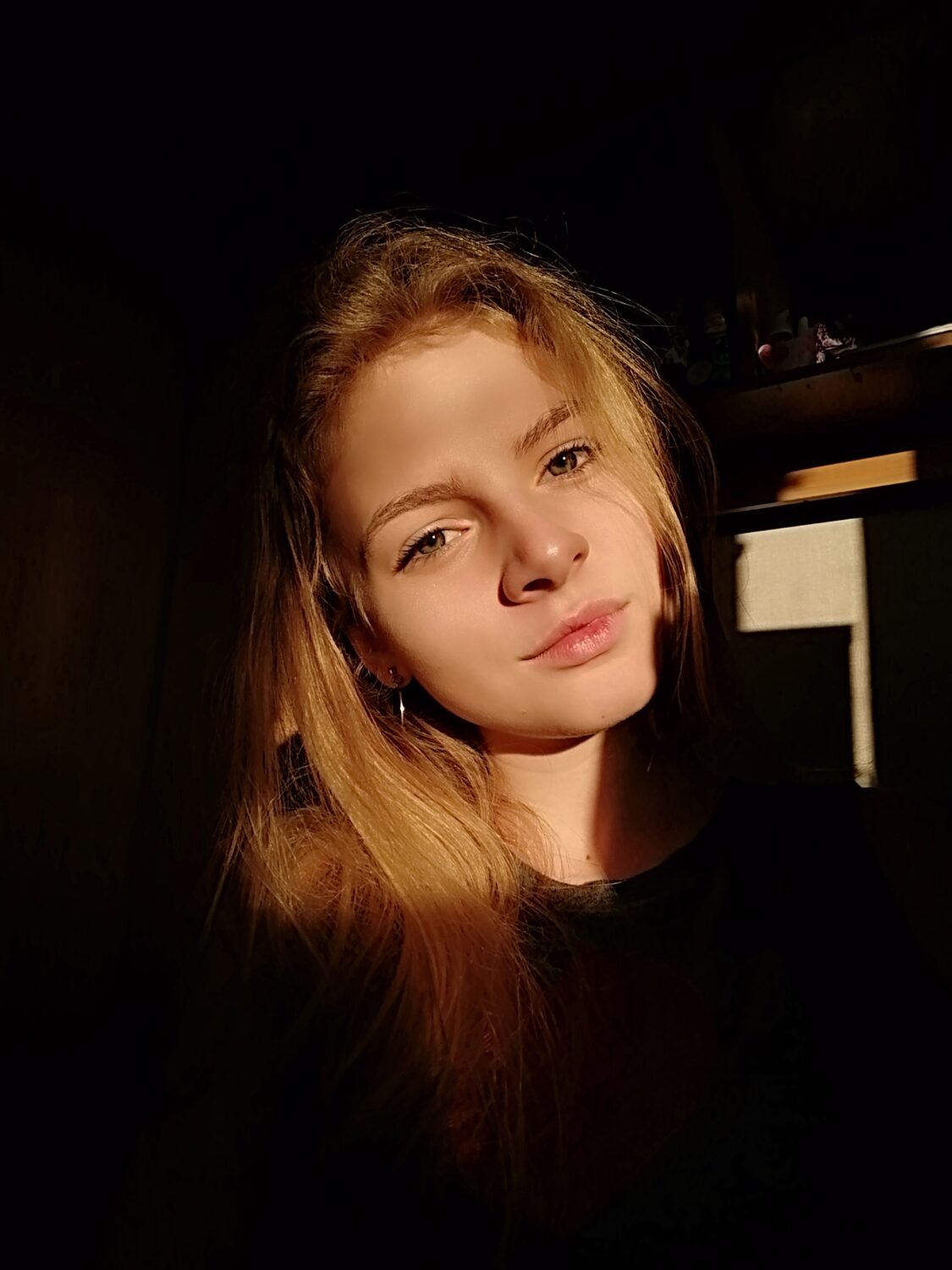 When the war in Ukraine started, it just turned everything upside down. Read Diana’s story, who is staying in Ukraine and helping children who suffered from the Russian invasion. This story is the second part of our series How the war affects young Ukrainians. 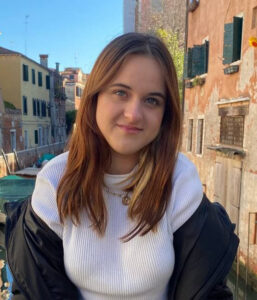 Diana Stylik (20) is from Sloviansk, east of Ukraine. For most of her life, she lived in Kyiv. She is a student in her third year of Advertisement and PR, and now she is a volunteer in Lviv, Ukraine.

What is your last memory before Russia invaded Ukraine on February 24, 2022, and after the war had started?

‘My dorm is located near the Russian Embassy in Kyiv. And a few days before the Russian invasion, all the workers were evacuated. It was written in the news, and everybody felt something could happen. I walked past the embassy after work, just a day before the invasion, and I was so nervous that I decided to give my finger to the embassy. I needed to let things go. Cars honked for support to me. And I went home with thoughts that war wouldn’t happen.’

‘The day after, my phone rang at 6 in the morning. When someone calls in the morning, there must be something wrong. It was my mom. She said: “Diana, I have heard explosions, and you should be here right now.” We lived separately.’

‘My last memory was that I had just given the finger and war started. I thought, ‘Oh my god, I’m sorry everyone, I didn’t want it to escalate’

‘My last memory was that I had just given the finger and war started. I thought, ‘Oh my god, I’m sorry everyone, I didn’t want it to escalate. I have a younger brother. And mom should wake him up for school, but she didn’t this morning. He already was awake because me and my roommate Sonya were going to the store. And he, so sleepy, came to our mother. Mom, well, she was nervous, she was scared. We all were scared, but we tried not to show it. That smile was through her, not tears, but through nerves. He asked, “Mom, did something happen?”. And my mom answered: “Yes, but we are all together; I will explain everything to you now. The girls are still going to the store”.’

‘My mother did not even try to hide the truth. She just accepted it for my brother, and she admitted it for me simultaneously.’

‘We stayed in Kyiv for a little more than a week. We wanted to stay and to help in some way. But the problem was that we were very close to Bucha (Russian soldiers committed many war crimes, such as the killing of civilians and sexual violence, while this town was occupied, editor’s note). It was terrifying to go out.’

‘While we had Internet, I had a list, which we shared between volunteers to purchase medicines. I tried to call every pharmacy in Kyiv, and I asked if they had insulin for insulin-dependent children near Kyiv. I have never called so much in my life. I was petrified to call, I was very uncomfortable with it, but it was the only thing I could do at that moment.’

How did your relationship with your relatives change in the background of war?

‘I recall one conversation. My mother said: “I can’t stand it anymore. Let’s evacuate”. We arrived at the station and jumped into the first train. It made no difference where we would go; we just wanted to leave.’

‘When we arrived in Lviv, our relatives called my mother and said: “If you are already in Lviv, go further. Evacuate to Norway”. My mother thought I would come with her and my brother. The only time I saw my mother crying was when we left Sloviansk, and I was seven years old. This time, my mother cried because I said that I would not go anywhere.’

What are you doing now?

‘Now I am in Lviv. I came here on March 5. Together with the company where I worked till February 24, I’m helping children who suffered from war. We send them to other foreign schools, which have agreed to support Ukrainian children. I translate their documents and submit requests to the Ministry and embassies.’

Tell us what other internal changes have taken place in you?

‘Before the full-scale invasion started, volunteering was a way for me to express myself and try something new. Now it is the only thing I have from my past life that allows me to feel again like the Diana I was before.’

‘On the part of the public perception, volunteering in Ukraine has changed very much. Now it is a mass movement. So many people are involved and interested in it now.’

– How the war affects young Ukrainians (part 3): ‘I want to talk to people, not write to them’