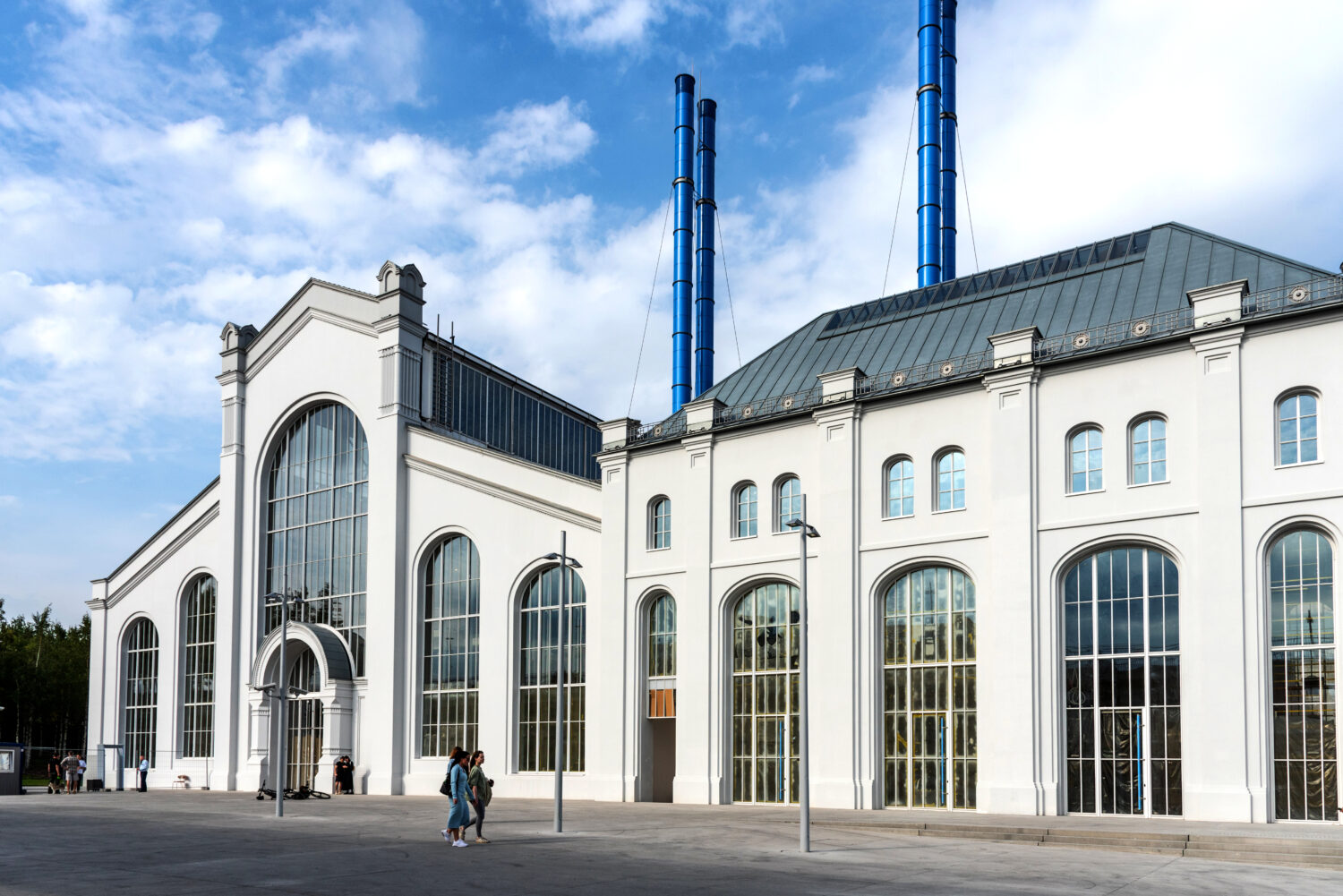 Globally acting Russian art organization V-A-C Foundation had locations in both Venice and Moscow. The Venetian space closed its doors because of the war in Ukraine, but the recently opened GES-2 House of Culture in Moscow stays open.

One week after Russia invaded Ukraine, the artistic director of the V-A-C Foundation in Moscow, Francesco Manacorda, resigned.

‘Unfortunately, current events have significantly changed labour and personal conditions, which is why I came to the conclusion that I will not be able to continue working with the same dedication that I could be proud of. My decision was given to me with much difficulty and repentance’, Manacorda told Russia’s TASS news agency.

The two branches of V-A-C reacted differently to the war. The Venetian space, Palazzo Zattere suspended all activities saying: ‘It is impossible to continue holding exhibitions and running public programmes in the context of the unfolding tragedy.’

GES-2 in Moscow instead is staying open. They acknowledged the war on Instagram saying: ‘As an institution, GES-2 House of Culture cannot turn a blind eye to the tragic events we have all become witnesses to. GES-2 holds in equal respect the feelings of our audience and the decisions of the artists we work with. In line with this, there will be changes to our programme.’

V-A-C is found by a Russian oligarch Leonid Mikhelson. He’s currently under sanctions from the UK and Canada. The art world is distancing itself from him and other oligarchs.

Mikhelson is the chief executive officer and shareholder of Novatek, the largest non-state-owned natural gas provider in Russia. He also holds a stake in petrochemical producer Sibur. He ranks in the top 200 richest people worldwide.

‘Our latest wave of measures will bring an end to the UK’s imports of Russian energy and sanction yet more individuals and businesses, decimating Putin’s war machine’ said Liz Truss, the Foreign Secretary of the UK on April 6th.

‘Together with our allies, we are showing the Russian elite that they cannot wash their hands of the atrocities committed on Putin’s orders. We will not rest until Ukraine prevails.’

Western sanctions aren’t completely in line with each other. The goal is to wither Russia’s economy and resources without harming the rest of the world too much. This is why sanctions don’t immediately target all the businesses and people close to Vladimir Putin.

Russian oligarchs all around the art world have been stepping down from their leadership roles for example in the Solomon R. Guggenheim Museum in New York and the Royal Academy of Arts in London.

Everybody’s affected by the war regardless of their stance.

For an example the Finnish makers of the movie Compartment Number 6 are withholding the profits that should go to the Russian filmmakers, who participated in the making of the movie.

The boycott stands even for the Russian film producer Natalia Drozd, who has publicly demanded Russia to end the war.

‘It means that she’ll never work on movies in Russia again – at least as far as Putin is in power. Still, we can’t pick and choose in a situation like this. Unfortunately, a lot of people will be kind of collateral damage, when the world turns its back to Russia’, says Jussi Rantamäki, a Finnish producer of Compartment Number 6 in an interview with Helsingin Sanomat.

Resisting Putin puts people in danger and Western sanctions hit the Russians whether they’re against the war or not.