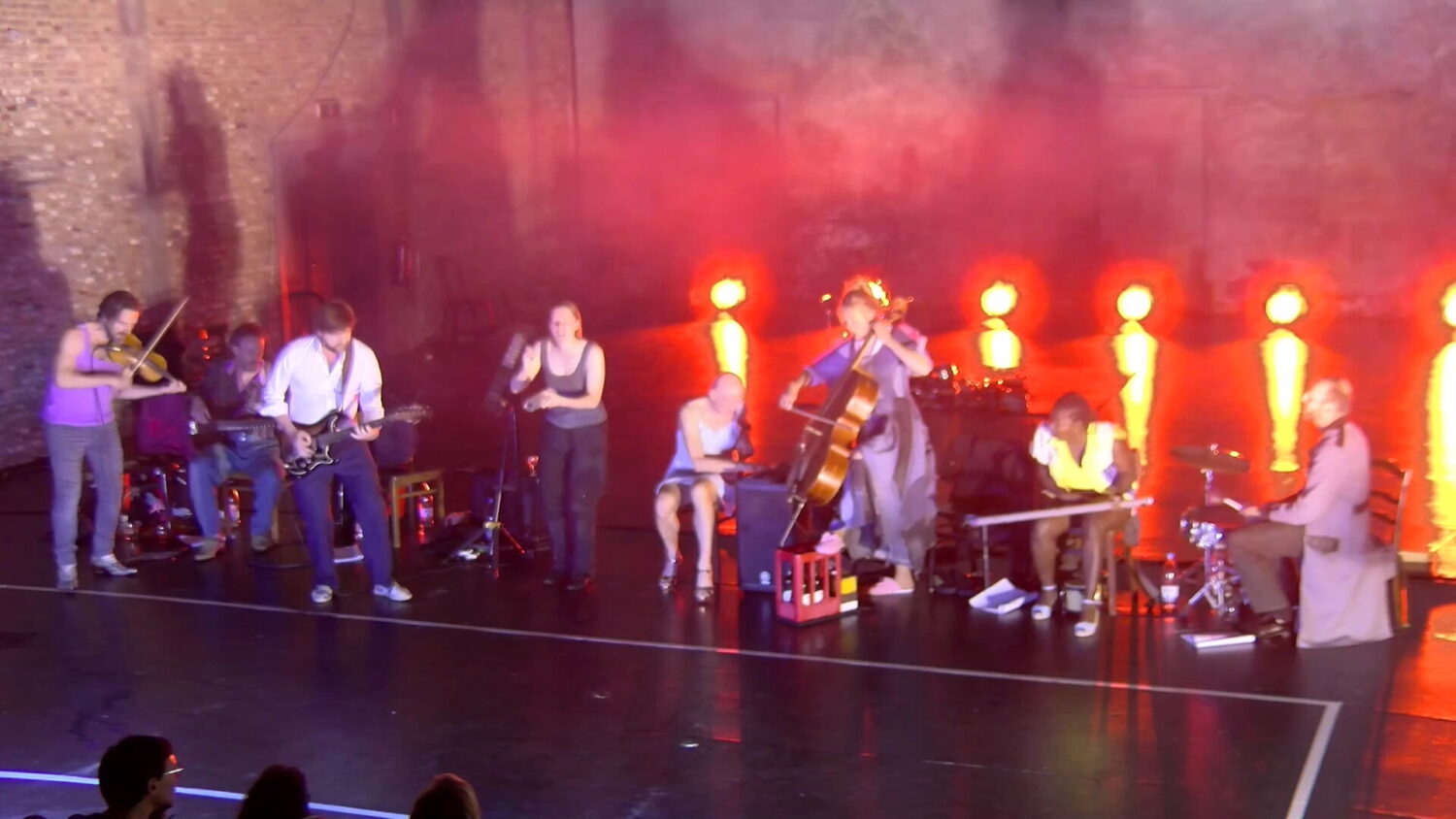 Some Russian plays, exhibitions and performances were cancelled in Western countries because of the conflict between Russia and Ukraine. Also, in Russia, several cultural activities couldn’t go on. But why is it so important to not cancel (a) culture? How do artists in Belgium and people in Russia experience this?

The Mechelen theatre company LAZARUS brings Misdaad en Straf or Crime and Punishment on stage. The novel was initially written in 1866 by Russian author Fyodor Dostoyevsky. No doubt the collective wanted to continue their performances because – like most of their colleagues – they think a Russian author of 150 years ago doesn’t belong in the same box as Putin.

Kristina and Marie, two students from Moscow, talk about how they experience the effect of the conflict in Ukraine on culture. ‘There have been some troubles with international projects from businesses like Disney, Marvel, and Paramount’, says Kristina. Marie says there were also problems with some exhibitions: ‘I think a German exhibition stopped way earlier than it was supposed to. Also, Fantastic Beasts: The Secrets of Dumbledore and new Marvel movies are unavailable.’

All these new movies have been removed from the cinemas, and the only way you can watch them is via pirate websites and VPN. ‘However, now you can watch wonderful Russian movies from the 2000s in the cinemas’, says Kristina.

Kristina thinks the Russian culture and economy also revived because Russians search for new opportunities. More and more young people start their own businesses. ‘Stuff is not cancelled because Russians are cancelling it, but because of sanctions’, says Marie. ‘It’s not because we don’t want it. But I guess the situation motivates Russian people to create something new’. Kristina continues: ‘It wasn’t meaningful to start a business here in Russia until now. People have stereotypes that Western products are better than Russian products. Some people even bought jeans in Poland and thought to themselves, “Yes, things are better abroad!” but that is not the case.’

One of Kristina’s friends recently started her own business.

Now there are quite some famous Russian people like designers and musicians who have left the country, and some students say this is a big loss for Russia. But according to Kristina, this is not necessarily bad. ‘I can’t say things are better, but this is a good opportunity because there is new, fresh air. I can’t say that we feel sad and that everything is bad. No, it’s not. But yes, it is difficult mentally, especially for people who have relatives abroad. But it is not as bad as it seems for our culture.’

Watch the reportage about the importance of Crime and Punishment during these times here.