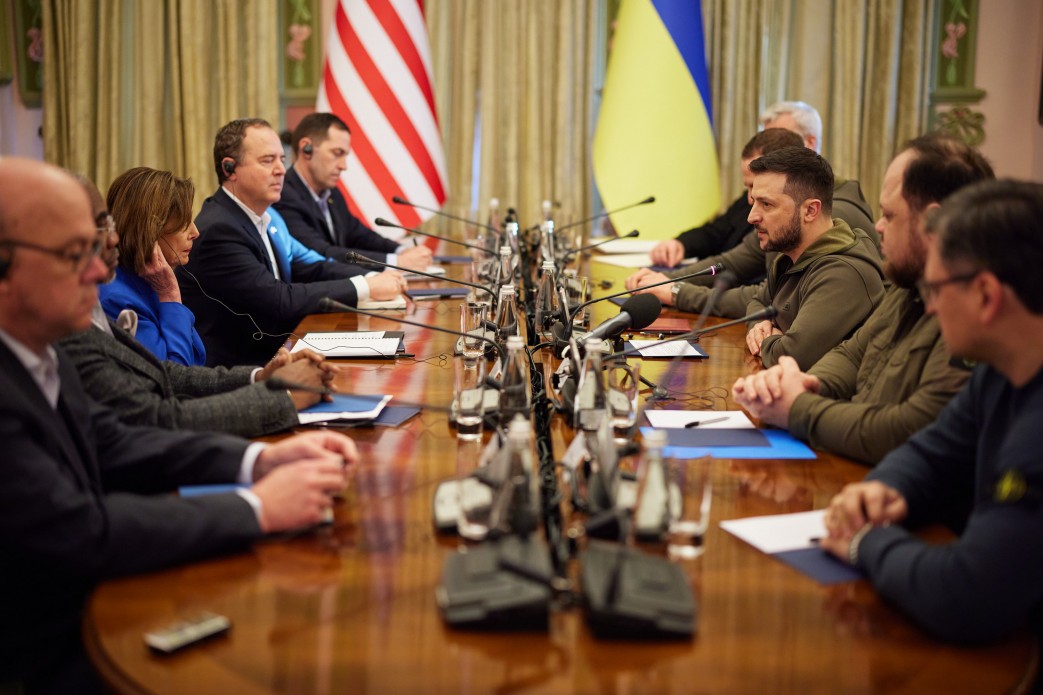 During the Russo-Ukrainian war, the USA is supporting Ukraine. However, the level of humanitarian, financial, and military aid and diplomatic support varied throughout the eight years of war. We take a look at the main developments in US-Ukrainian relations during these years and their reasons.

Now all Ukrainians feel massive support from all over the world, in particular from the United States. However, there are still accusations against the White House. It is like ‘the US administration has been too cautious in its actions towards Russia.’ ‘The United States did not react as strongly as it can to the annexation of Crimea and the occupation of territories in eastern Ukraine.’

What happened when Russian troops illegally entered Ukraine at first? How strong was the USA’s support for Ukraine when Russia annexed Crimea and occupied some territories in Donbas in 2014? What is the difference between past and present, between 2014 and 2022? Let’s see.

Euromaidan (protests in Ukraine against the sudden decision of the Ukrainian government not to sign the European Union-Ukraine Association Agreement) began on 21 November 2013. During all this wave of protests, the US has supported opposition activists. For example, on 11 December, Assistant Secretary of State Victoria Nuland visited Kyiv to talk to the government and the opposition. She wanted to work out a solution. Also, on 14 December, Republican John McCain and Democrat Chris Murphy visited the capital of Ukraine. And there McCain delivered a speech to the protesters.

On 20 February, the Russo-Ukrainian War started. The White House firstly reacted 8 days later. The President made a statement that said, ‘we are now deeply concerned about reports of military movements taken by the Russian Federation inside of Ukraine.’ Since then, the Ukrainian side has often heard statements with a similar tone of voice and the phrase ‘deeply concerned’ from both the US and the EU. Nowadays, such rhetoric is coming from China. However, now the attitude of the States to these actions is perfectly observable here, in the fragment from CNBC news: ‘China is ‘deeply’ worried about the crisis in Ukraine, Premier Li Keqiang said Friday, warning that sanctions will hurt global growth.’

The White House has been supporting Ukraine during the whole period of the war. Under Obama’s presidency, it consisted of sanctions against people involved in the use of violence against peaceful protesters on the Maidan, the Russian occupation of Crimea and Donbas. Also, the Obama administration has provided Ukraine with non-lethal security assistance because the president has ruled out U.S. military involvement. According to Congressional Research Service, these were body armour, helmets, vehicles, night and thermal vision devices, heavy engineering equipment, advanced radios, patrol boats, rations, tents, counter-mortar radars, uniforms, medical kits, and other related items.

‘In some ways, Syria became a distraction for us because it led us to work with Russia to address the Syrian crisis and ignore what’s happening in Ukraine’

Nevertheless, throughout his presidency, Barack Obama has been cautious in his actions in Ukraine, fearing an escalation of the conflict by Russia, and wanting to continue the dialogue with the Kremlin on the conflict in Syria. ‘In some ways, Syria became a distraction for us because it led us to work with Russia to address the Syrian crisis and ignore what’s happening in Ukraine,’ said Ivo Daalder, who has been Obama’s first ambassador to NATO. And, as Jeffrey Goldberg has written in Obama’s interview for The Atlantic (2016), in the president’s opinion, Ukraine is a core Russian interest but not an American one.

In January 2017, Donald Trump became President of the USA. Meanwhile, both the Ukrainian side and the world had got used to the war in the east of Ukraine. The situation has not enhanced because Crimea and Donbas were still of interest to Russia, its sponsored militants were still there, and they continued to shell cities and kill people. At the same time, the situation has not got much worse because they did not mount a massive invasion of new territories.

‘It’s a great honour to be with President Putin. We have a very, very good relationship’

Trump has been an ambiguous actor in the international political arena. Someone has thought of him as a supporter of Russia and the Putin regime, while others have respected him due to the lack of caution inherent in the Obama administration. The first is because of the strange rhetoric observed during his meetings with Putin. For example, at the G20 summit (2019), Trump said, ‘It’s a great honour to be with President Putin. We have a very, very good relationship.’ After all, he has continued to take sanctions against Russia like his predecessor. Moreover, the Trump admin has approved lethal weapons for Ukraine. In December 2017, the State Department approved a commercial licence authorizing the export of Model M107A1 Sniper Systems, ammunition, and associated parts and accessories to Ukraine.

In March 2018, the U.S. announced it would sell Ukraine 210 Javelin antitank missiles and 37 launchers. The important thing is that the Trump administration has touted the sale as evidence it is ‘tougher’ on Russia than President Barack Obama. At the same time, its Special Representative for Ukraine Negotiations, Kurt Volker, sought to downplay the significance. He said, ‘There is what I view as an artificial distinction between lethal and non-lethal military equipment. That is non-lethal and an antitank missile, which sits in a box and doesn’t get used unless you have a tank coming at you, is lethal. Both are clearly defensive weapons.’

2021, after discreet Obama, and unpredictable Trump with partially understandable statements, Joe Biden has become the president. Avoiding a direct military confrontation between the U.S. and Russia was still his top priority. He has continued the sanctions against Russia. He, like his predecessors, has continued to condemn that country’s actions on the territory of sovereign Ukraine. Baden has still provided financial support for the Ukrainian economy.

The information about the Russian plan for a massive military offensive against Ukraine involving 175,000 troops from U.S. intelligence emerged in December 2021. It has immediately been reported to Ukraine by the States. Also, before the full-scale invasion, the U.S. government sent teams to evaluate Ukrainian abilities and needs. The sanctions against Russia have become tougher.

Since the start of the 2022 war, the Biden Administration has committed $3.8 billion in security assistance to ‘provide Ukraine the equipment it needs to defend itself.’ The Executive Order ‘Blocking Property Of Certain Persons And Prohibiting Certain Transactions With Respect To Continued Russian Efforts To Undermine The Sovereignty And Territorial Integrity Of Ukraine’ (February 21, 2022) was issued.

An important thing to know is about Ukraine’s losses during the Russo-Ukrainian War. The Office of the UN High Commissioner for Human Rights has estimated the total number of conflict-related casualties in Ukraine from 2014 to 2021 to be about 30,000 civilians and Ukrainian forces (over 50,000 with enemy losses).

From 24 February to 20 May 2022, the number of refugees fleeing Ukraine was 6,444,009. As of now, it is known that for three months of the full-scale invasion ‘the Office of the UN High Commissioner for Human Rights recorded 5,718 civilian casualties in the country: 2,665 killed and 3,053 injured.’ Nevertheless, nobody knows the exact number of civilian and Ukrainian military deaths and injuries because the war continues.

‘In the two months since the start of the full-scale war, the death toll in Mariupol alone has reached tens of thousands’

Also, Mykhailo Podolyak, the adviser to the president of Ukraine, Volodymyr Zelenskyy, has written on his Twitter page that ‘in the two months since the start of the full-scale war, the death toll in Mariupol alone has reached tens of thousands.’ And that’s just the number of dead civilians in one town.

So, as we can see, there is a dynamic that it doesn’t matter who is in the White House: as Russian aggression has increased, the United States’ aid and support have increased too. Does that mean the U.S. should not be blamed for the Russian invasion on February 24th? There is no correct answer here because no one knows what would have happened if its actions had been different in the past. There are just so many unsubstantiated assertions with hundreds of variables. What Ukrainians should appreciate now is real help from the States. Why? Because the contribution of every friendly country to their defence capability is essential. It partly determines the future: whether Ukrainians wake up under the occupation of an aggressor or maintain their sovereignty.