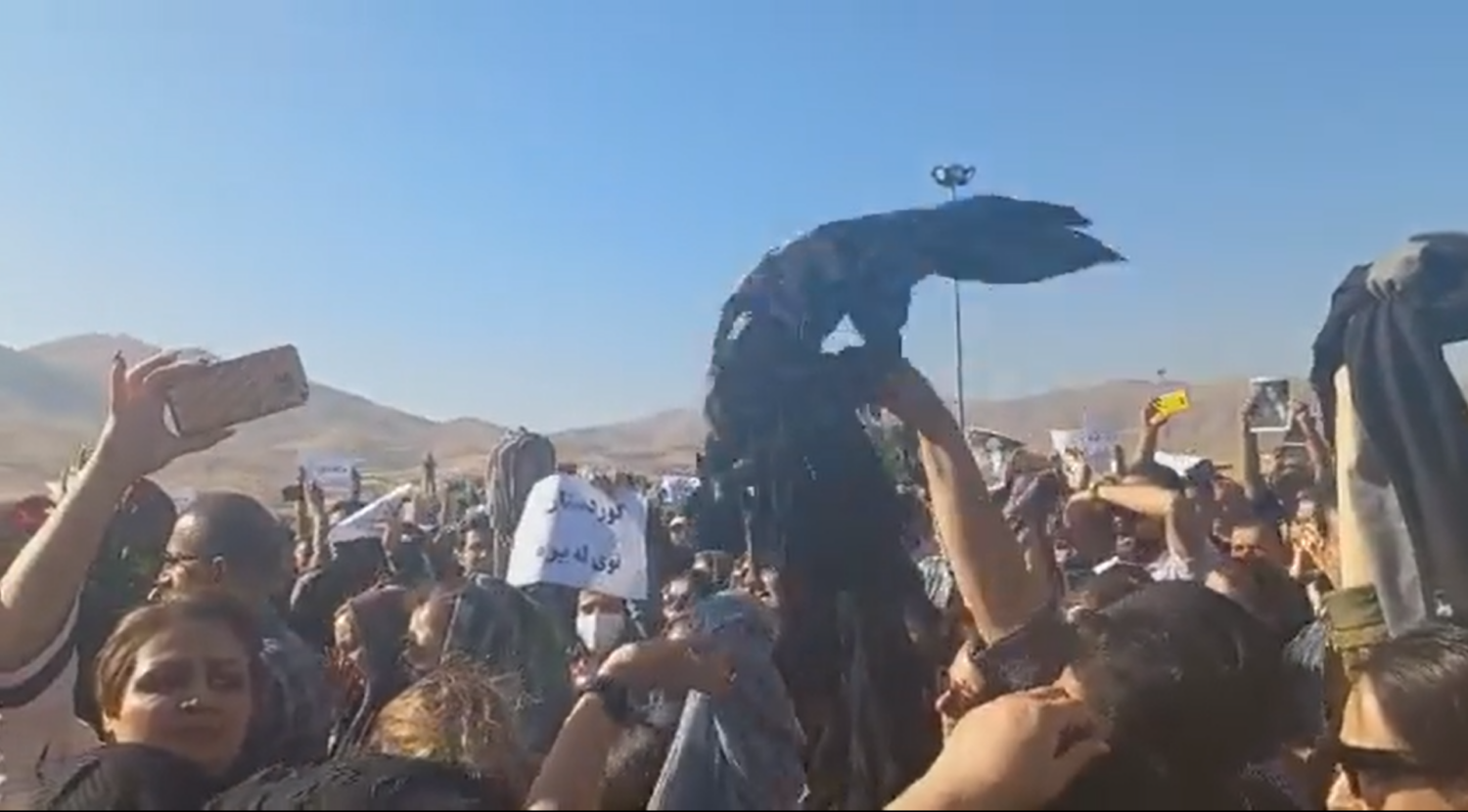 In Tehran, the capital city of Iran, students have taken the streets to protest against the government after the death of the 22-year-old woman Mahsa Amini Friday the 16th of September. Amini fell into a coma whilst being detained by the morality police who stated she wasn’t wearing her hijab, or headscarf, correctly. Bany (30), a female Iranian student at the Thomas More University in Belgium, wonders if these protests are the best way to tackle the problem: ‘The cultural mindset of the Iranians has to shift in order to really change something. Each individual has to take responsibility. When has violence coming from protesters ever been the answer?’

Since Amini’s death, Iranians have been protesting the strict Iranian government’s regulations regarding their right to freedom.

This is Tehran University, students joined the protest against the murdering of #MahsaAmini by hijab police and chanting:
Woman, life, Freedom
Iranians are outraged. Yesterday the security forces opened fire at protesters in Saghez city but now Tehran joined the protest. pic.twitter.com/Bf9jcwWICB

‘We want to be free, but what does that even mean? In my opinion, the “solution” lies within educating yourself, trying to figure out what you really want in life, and becoming independent. If we have enough awareness about ourselves and the world, no one can force us to do anything,’ Bany explained. ‘I am not saying this will be easy and it will definitely take a lot of time, but we have to act now.’

Hijab burning
On social media, videos have been going around of women and men shaving their hair, as well as women burning their hijab, as a way of protest.

Bany: ‘I don’t know if this is the best way to tackle the issue. The fight we should be fighting is to change the mindset of men and women altogether and to strive for equality. For example as women, we can’t expect freedom and independence if at the same time we are still looking for a man to support us.’

Iran’s answer
Iran has been responding forcefully to the protests. According to Iranian media, nine people have been killed already during the manifestations. Also the social media channels Instagram and Whatsapp were blocked by the government.

Mahsa Amini, who lived in the Western province of Kurdistan, was visiting Tehran with her family when she was held by the morality police and was, according to bystanders, forcefully taken into a van to the police station.

The police deny having harmed her and said she had a heart attack that made her fall into a coma. Amini’s family claims she hadn’t had any previous health problems or heart disease.

Due to security reasons, the interviewee’s name has been altered.