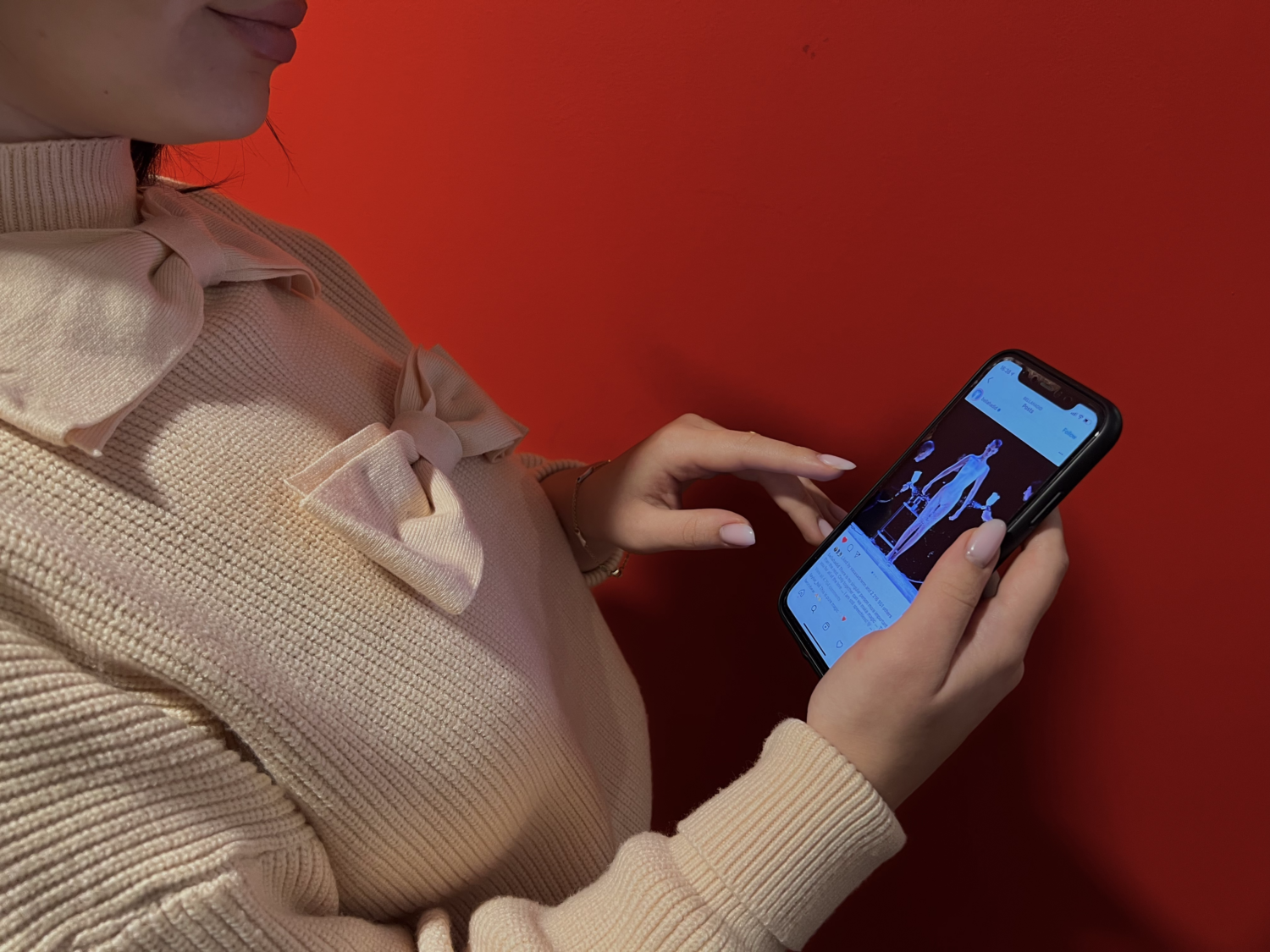 Paris Fashion Week 2022 was one for the history books, thanks to the moment when top model Bella Hadid had a dress sprayed onto her body. The photos and videos of the dress created on 30 September by Parisian fashion house ‘Coperni’ right in front of the spectators went viral and are still making a fuss on social media.

Bella Hadid, an American supermodel of Palestinian-Dutch origin, one of the most famous and highly paid models in the world, closed Coperni’s show topless while covering her breasts with hands, in panties and stiletto sandals. The dress appeared on model’s body right on the podium in front of the astonished public. But it has nothing to do with magic: two men came on stage and sprayed liquid fabric on Hadid’s body. The fluid consists of cotton fibers and a polymer solution that evanporates upon contact with the skin, hardens, and turns into a wearable material.

For about nine minutes, the audience watched a white dress being dispersed onto the top model’s body. At first, it looked like a spider web but in a couple of minutes, it turned into a soft and elastic fabric. When the dress was sprayed, Charlotte Raymond, Coperni’s head of design, took the stage. She shaped the off-shoulder straps, the neckline, the hem, and the slit of the dress, which became iconic, according to fashion fans’ tweets:

fashion history. iconic. pure art. breathtaking. bella hadid closing coperni ss23 in a dress that was sprayed onto her during the show. pic.twitter.com/DK2xuUKf5A

As the public was impressed, social media is filled with excitement and admiration:

WATCH: Supermodel Bella Hadid has gone viral online after having a white slip dress spray-painted onto her during a fashion show at Paris Fashion Week. | 🎥: Inquirer Lifestyle/Instagram pic.twitter.com/SgDgFdf0c9

The dress is still being discussed:

However, not all the reactions to the display are positive. Some of the users consider it overvalued:

I can’t be the only one who thinks #BellaHadid ‘s spray dress moment is overrated.

The top model’s Fashion Week schedule was so intense that there was no time to rehearse the performance. ‘I was so nervous,’ she later admitted. To say that the model was cold is to say nothing. Ms. Hadid pointed out: ‘I really blacked out.’ But nobody noticed the obstacles she had to face: stepping on the podium, she looked confident and graceful.

Right after the show, Bella Hadid called the display a ‘pinnacle moment’ in her career and the best day of her life. The dress will be marked in fashion history, as the fans are claiming on Twitter:

Founded by Arnaud Vaillant and Sébastien Meyer in 2013, the brand has begun connecting scientific innovations with the fashion industry. It was named after Copernicus, the Renaissance-era astronomer, which explains its craving for science, progress, and new technologies.

Earlier this year, the brand hit the headlines when Doja Cat appeared on the Grammy Awards red carpet with the blown glass bag, which was created by Coperni and cost 2,700 euros.

Although the dress is strictly not for sale and will be exhibited in Coperni’s showroom, the dress can be washed or put back in a bottle with the original solution for using it again.