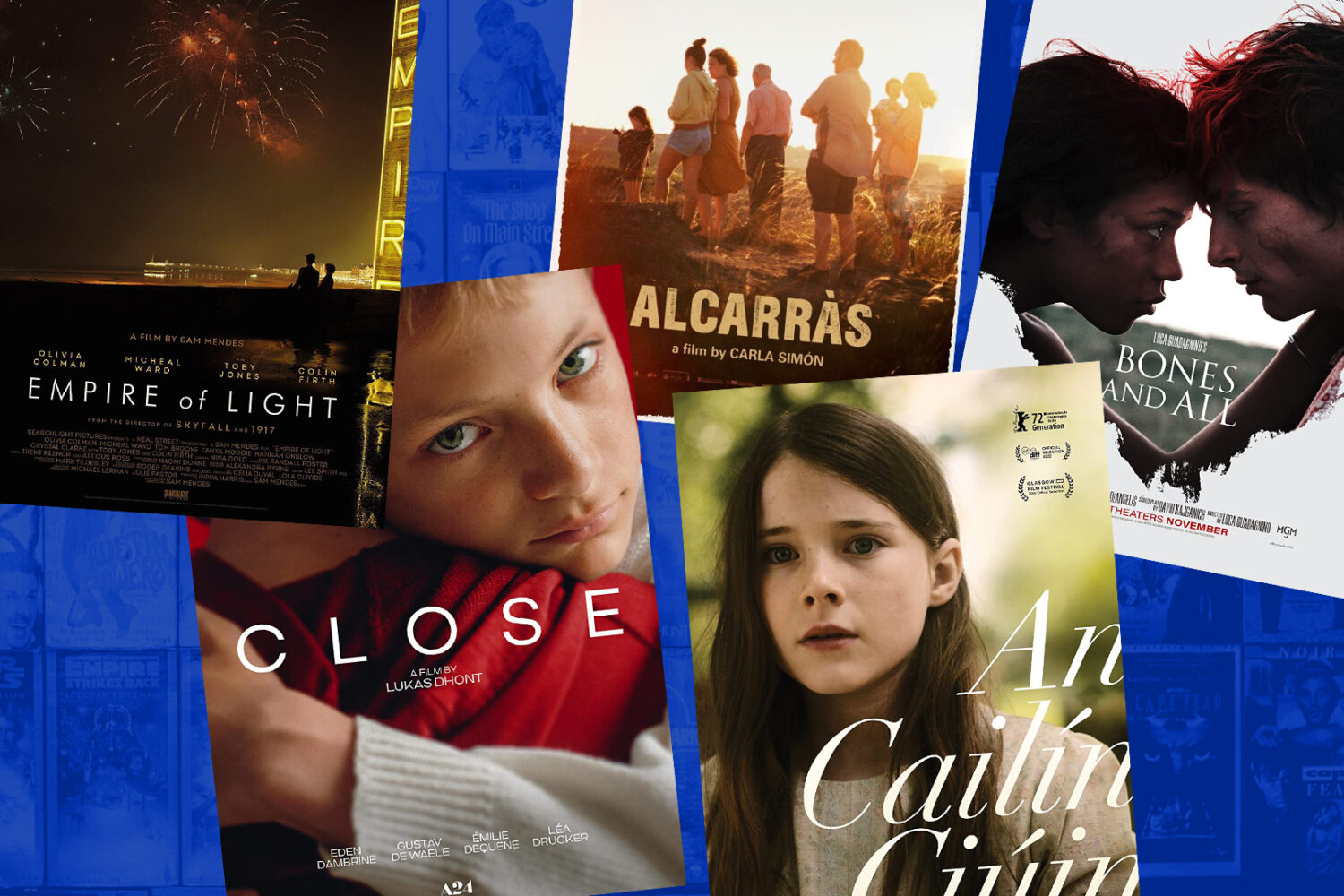 The 49th edition of Film Fest Gent starts on the 11th of October. The annual film festival runs until the 22nd of October. 21bis has listed five movies, featuring young up and coming stars, which will be shown at this year’s Film Fest Gent.

Close: Belgium’s potential Oscar winner
Belgium’s official submission for the Oscars 2023 and tipped as the potential winner in the international Oscar category. It is just the second movie of 31-year old director Lukas Dhont after Girl, but is highly regarded by many critics. The film received praise at the Cannes Film Festival earlier this year in May, winning the Grand Prix. The story deals with two young boys with a very close friendship and it is questioned whether or not they are a couple. The leads are played by the still-unknown Gustav De Waele and Eden Dambrine. Dambrine already got lots of attention at Cannes for his moving performance. The 15-year-old is also tipped as an outsider for a nomination as Best Actor at the upcoming Oscars. A lot to look out for at this year’s opening film in Film Fest Gent.

Empire of Light: Michael Ward’s breakthrough
The new picture of American director Sam Mendes (1917, American Beauty) stars British actor Michael Ward, alongside well-known names Olivia Colman (The Crown) and Colin Firth (The King’s Speech). Michael Ward is already known for his role in Netflix’s British drama Top Boy. The 25-year-old now is one of the leads in the English drama Empire of Light. The young Brit is also tipped for a nomination as supporting actor in the upcoming Oscars. It will be interesting to see how he performs under the guidance of award-winning director Sam Mendes and alongside veterans Colman and Firth.

The Quiet Girl (An Cailín Ciúin): An underrated Irish drama
The official Irish submission for the upcoming Oscars is very underappreciated and deserves more attention. The movie shows the ten-year-old Cáit, a quiet neglected girl, living with her dysfunctional family. Irish actress Catherine Clinch takes on the lead role of Cáit. The newcomer immediately won best lead actress at the Irish film awards at just twelve years old. This made her the youngest actress to win this prize. Clinch already comes off strong in this smaller Irish movie, so we’re waiting to see if this movie will launch her to the next level.

Bones and All: Chalamet, Scorsese’s daughter and more
Luca Guadagnino’s (Call Me By Your Name, Suspiria) newest film features a lot of young stars. The biggest name is undoubtedly Timothee Chalamet. The American actor is already one of the biggest names in Hollywood today at just 26 years old. But we shouldn’t overlook some of the other talents in Bones and All. Taylor Russell, known from Netflix’s Lost in Space, will be the film’s leading actress. The Canadian is looking to have her major breakthrough with this movie. Another name to keep an eye on is Francesca Scorsese. The daughter of iconic film director Martin Scorsese is building her own career as an actress. It is the first major movie for the 22-year-old, but definitely one to keep an eye on.

Alcarràs: Catalan non-professional production
The Catalan-language movie is one of the most unique ones at Film Fest Gent. The feature takes place in the countryside town Alcarràs, focusing on a farmer’s family and their peaches orchard. This semi-autobiographical drama from Catalan director Carla Simón is unique for its casting reasons. Nearly all roles in the movie are played by non-professional actors from the region. A special, but seemingly smart decision from the 35-year-old director as the movie is getting quite a lot of attention. The movie is also Spain’s official submission for the upcoming Oscars. It is already the second time Spain sends Simón’s film to the Oscars, after Estiu 1993 in 2018.

Film Fest Gent runs from 11 October to the 22nd of October. Students can attend the festival at discounted prices ranging from €8 to €11. Tickets can be bought for each movie online through the official website or at the location of the film showing. All movies will be shown in movie theaters in Gent.