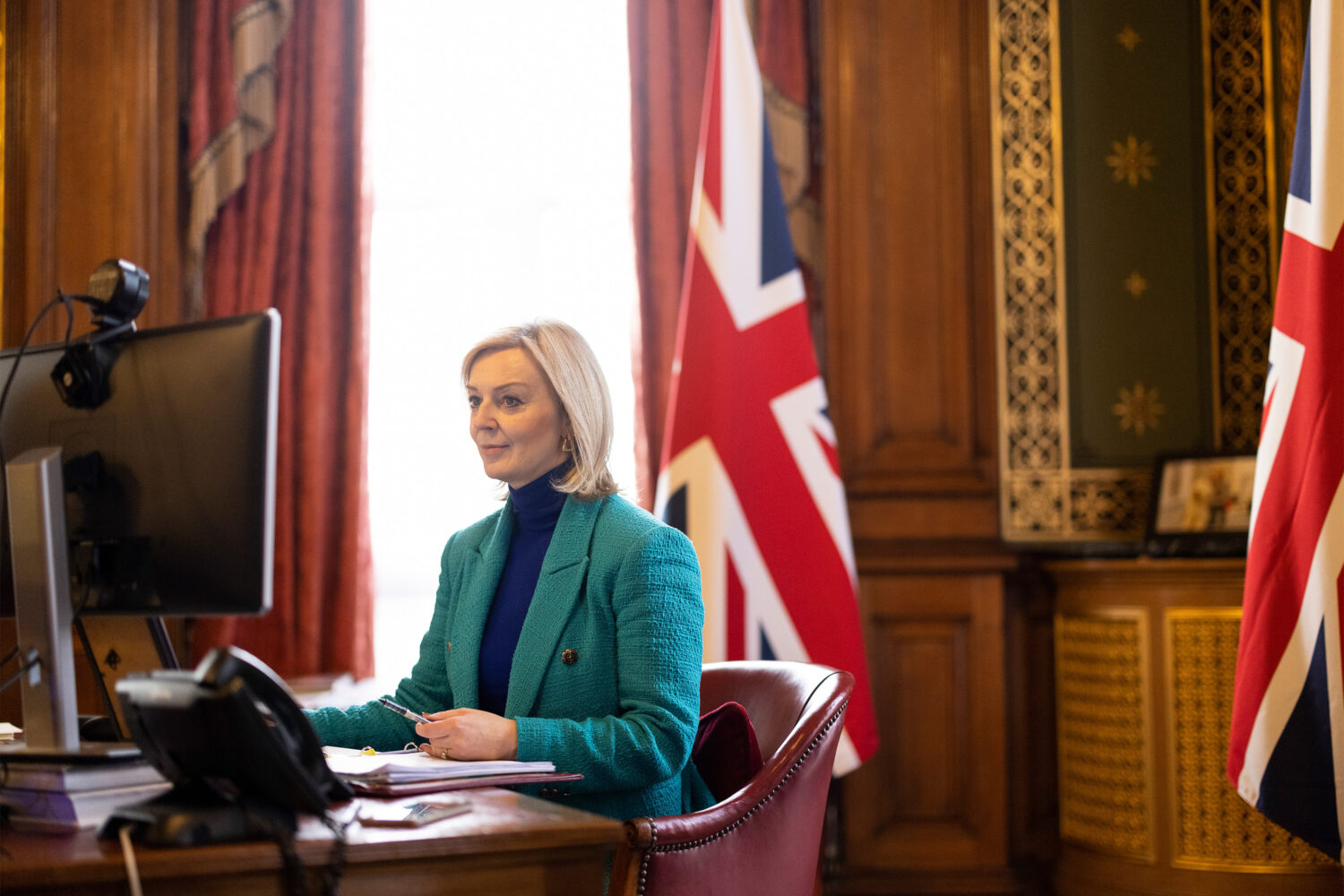 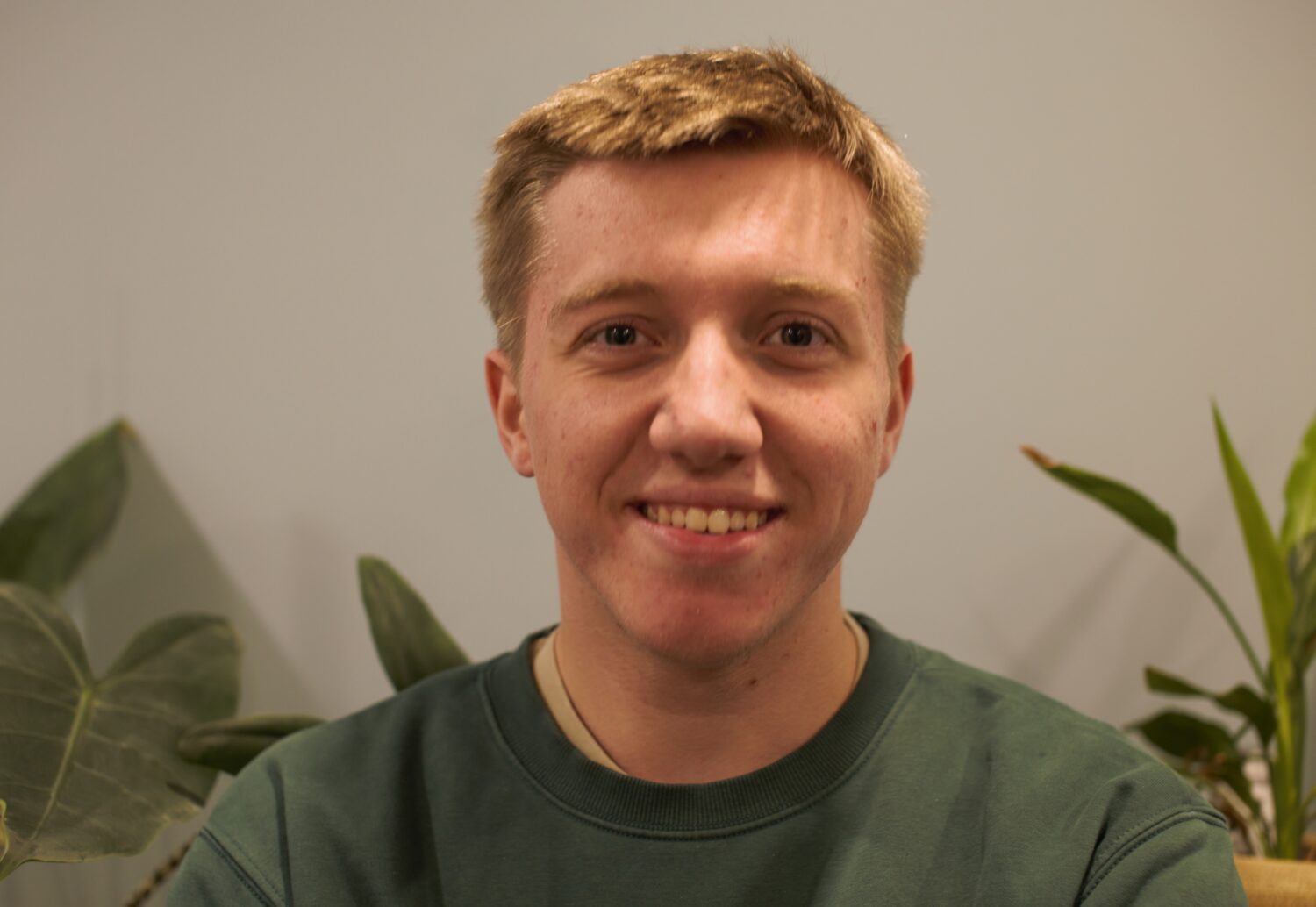 The United Kingdom’s Prime Minister Liz Truss (Conservative Party) announced in a statement this afternoon that she is resigning from her position after 45 days in office. This is the shortest amount of time a Prime Minister has held office in British history. The decision was taken after a turbulent few weeks within the Conservative Party. ‘General elections are now inevitable,’ says Belgian VRT journalist Ivan Ollevier in an interview with 21bis.

It was only yesterday that Suella Braverman, the former Home Secretary of the Conservative Party, resigned and that announcement came just five days after former finance minister Kwasi Kwarteng had to step down. Braverman resigned after she used her personal email account to send an official document.

These events were, among other reasons, the triggers that led to her decision to resign.

🚨BREAKING: Former Shell employee looking for new job after resigning as leader of the UK ‼️

We need a new government that doesn’t:

🗑️Trash our economy with fantasty economics
💷Give billions to fossil fuel companies
🚫Ban our right to protest#LizTruss #EnergyCrisis pic.twitter.com/Mp01xqyXQy

Mini-budget
Braverman’s resignation added to the turmoil that had already been unleashed when former minister of finance Kwasi Kwarteng was sacked after his mini-budget plan did not secure the support he had hoped for.

The aim of the mini-budget plan had been to boost the country’s economy through tax cuts. Theoretically, the goal was to cut taxes for the rich in order to create a stronger economy, which would automatically benefit the poor. That, in a nutshell, appears to have been the Conservative Party’s thinking.

But the idea went down badly with the financial markets, which led to the the British Pound falling in value. Eventually, the Bank of England needed to intervene to prop up the Britisch Pound.

Kwarteng was fired and replaced by Jeremy Hunt, whose first decision was to rewrite the whole plan drawn up by Kwarteng. This had a negative impact on Liz Truss’s credibility as Prime Minister.

Historically low
‘General elections are now inevitable,’ said Ollevier. ‘It is unheard of to have three different Prime Ministers in a few months’ time without consulting the opinion of the British citizens. So, elections are not mandatory, but democratically speaking unavoidable.’

‘If general elections were to take place in the coming days, it would be a massacre for the Conservative Party’ – VRT journalist Ivan Ollevier

The Conservative Party’s popularity had already been on the wane even before this latest setback according to Ollevier. ‘If general elections were to take place in the coming days, it would be a massacre for the Conservative Party and nearly impossible for them to win the elections. Polls show they would only get 22 seats in the parliament.’  That would be a big difference compared to the 357 seats they have today.

According to a survey produced by the British data analytics firm YouGov on the 17th of October, Truss’s popularity as Prime Minister was historically low. The opinion poll showed that four out of five Brits disapproved of Truss as their Prime Minister.

In addition, several Members of Parliament in Truss’s party had already lost trust in her and called for her to quit as Prime Minister.

Sadly, it seems we must change leader BUT even if the angel Gabriel now takes over, the Parliamentary Party has to urgently rediscover discipline, mutual respect and teamwork if we are to (i) govern the UK well and (ii) avoid slaughter at the next election.#lastchance

What’s next?
‘It could be that Rishi Sunak is presented as a temporary replacement. Truss is so unpopular that it is possible someone else takes over until the new election,’ explained Ollevier before Truss decided to stand down.

Sunak is a Conservative Member of Parliament and was Truss’s opponent in the leadership race that was held to find a successor to former Prime Minister Boris Johnson back in August.

Immediately after her resignation, the Liberal Party was calling for a general election.

After 12 years of Tory failure, the British people deserve so much better than this revolving door of chaos.

We need a general election, now.

‘It will be interesting to see what happens in the coming months, weeks or even days,’ concludes Ollevier.