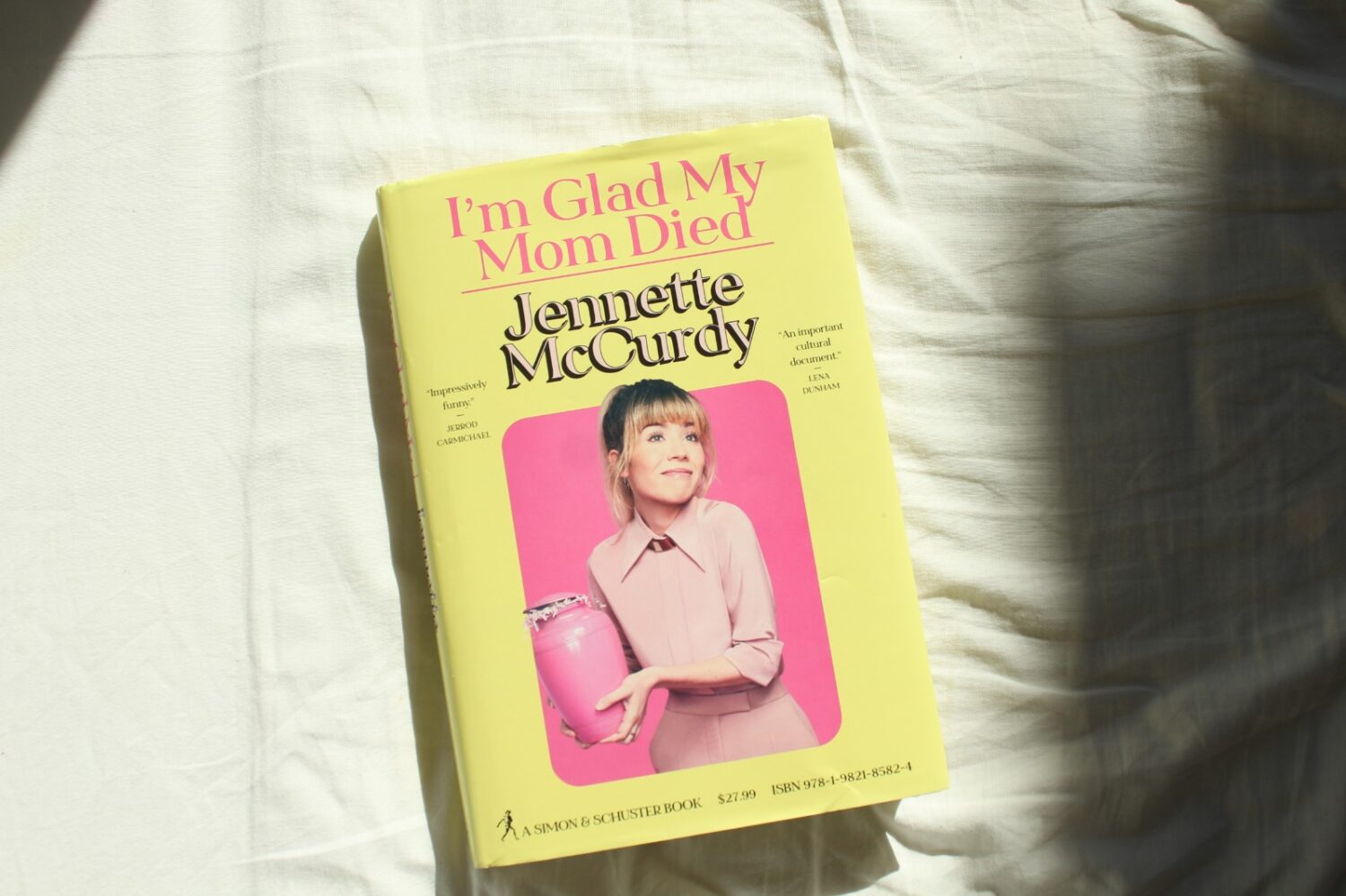 Sam Puckett is worldwide famous for her silly lines in iCarly, but only a few people knew the real person behind that persona: Jennette McCurdy. She lived 21 years with her emotional abusive mom, without her fans knowing. Now, Jennette is ready to tell the world her own story in I’m Glad My Mom Died.

Is someone a bad mom when she forces their child into acting? What if she tells her thirteen-year-old daughter that to stay small she should start calorie restriction when she starts growing breasts? And gives her sixteen-year-old daughter showers. And does rather unscientific breast “examinations”. And tells her anorexic daughter: “You’re getting chunky. We need to get you on a diet”. If you’re hoping this isn’t actually anyone’s mom, meet Debra McCurdy.

Debra is the mother of Jennette McCurdy, famously known as Sam Puckett, or Sam with the butter sock. The child-actor-turned-global-Nickelodeon-star who “made it” in the eyes of many actors. She became a worldwide superstar with iCarly, and later with her own sitcom Sam & Cat, alongside Ariana Grande. Still, her fans have been missing out on her greatest performance: her real life.

Debra was the evil queen from Snow White wrapped in a Molly Weasley packaging. Fortunately, she had her one-liners. Because yes, Debra, Hollywood might be like a bad boyfriend, but being an abusive mom is far worse.

When reading I’m Glad My Mom Died, Jennette McCurdy’s memoir, we had moments that we thought ‘I will never complain to my mom when she tells me to clean my room. Rather than anything Jennette went through’. As a reader, it is easier to spot abuse than someone who is going through it. Sometimes it surprised us that after the death of her mom, Jennette still loved her.

By then she acknowledged many of her mom’s wrongdoings but often blamed it on Nickelodeon. Which was certainly another factor in Jennette’s plummeting mental health. This, and all the men in her life. Nearing the end, we felt like a sports fan waiting anxiously for their favourite athlete to score, or in this case for Jennette to be happy. Jennette realises that she had anorexia and now bulimia and decides to visit a therapist. Yes! Go girl. Jennette thinks that her boyfriend is responsible for putting on a condom. Jennette, that is the bare minimum.

After a while, it almost felt like we were reading a ‘THERAPY WORKS’ infomercial. Then again, therapy does work, look at Jennette now; she is the writer that her ten-year-old self wanted to become. Not only that, but she is controlling her addictive behaviour and her eating disorders. And – yes –, she still loves her mom, but she also realised how shitty Debra McCurdy was as a mother. One-liners only make up for so much.