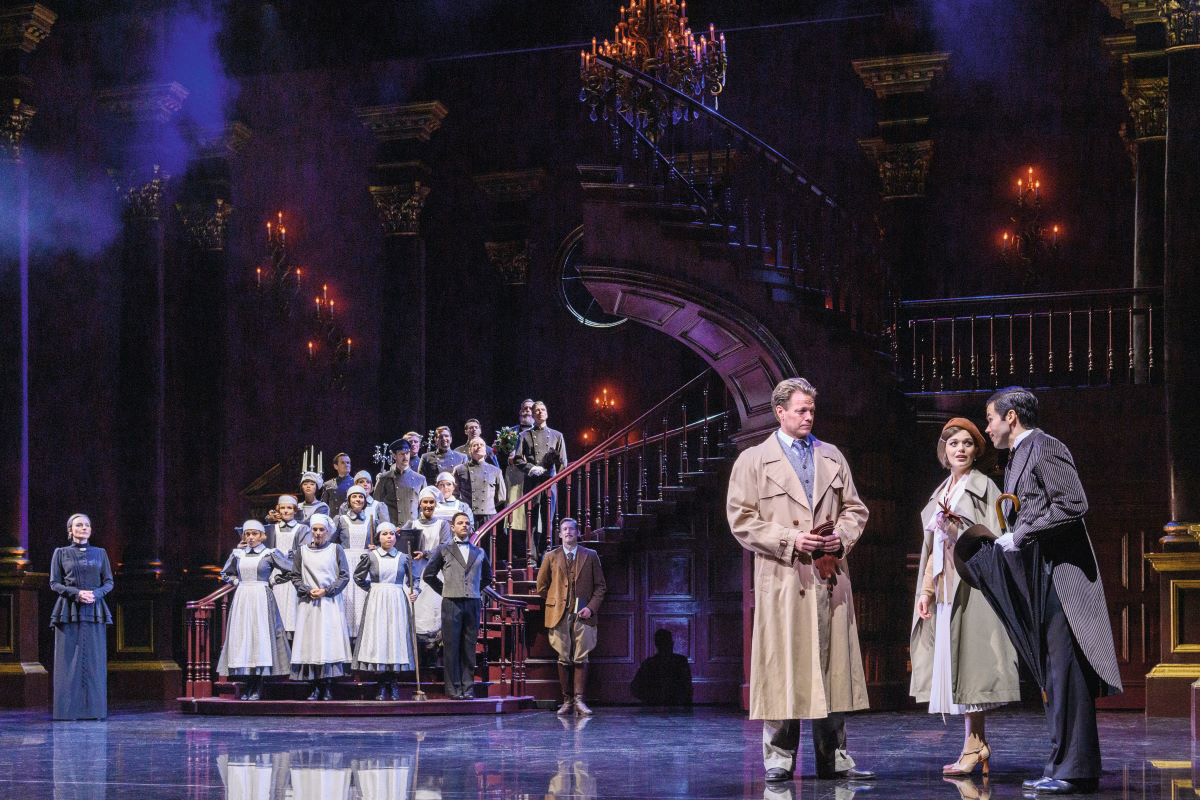 We truly believe some musicals are just meant to be in German. Rebecca is one of them. On top of that, you can hardly go wrong with a dead title character. So according to us, Rebecca was bound to be a success. And how it was.

Based on the book of the same name by Daphne du Maurier, Rebecca is a musical about Ich, the nameless second wife of Maxim de Winter. His first wife Rebecca died in a boating accident the previous year. Newly wed, Ich and Maxim return to his estate Manderley, where the housekeeper Mrs Danvers isn’t too fond of the new Mrs de Winter. Ich struggles to find her identity when Rebecca was so influential on life at Manderley.

In 2006, the musical written by Michael Kunze and Sylvester Levay – who previously worked together on Elisabeth and Mozart! – premiered at the Raimund Theater in Vienna, Austria, where it ran for three years. It was subsequently produced in numerous European and Asian countries. On the 22nd of September, Rebecca made its way back to Vienna. We saw the show exactly 16 years after it originally premiered, on the 28th.

Talented performers with a touch of humor
From the start, Ich (Nienke Latten, Aladdin) captures the audience. ‘Ich hab geträumt von Manderley’, the opening in which she takes us back to her arrival at the estate, indeed has a dreamy tune. Her chemistry with Maxim (Mark Seibert, Wicked, Elisabeth) reaches the entire audience, even when his anger issues come into play. Comedic relief comes in the form of Mrs van Hopper (Ana Milva Gomes, Aida, Mamma Mia!), a woman Ich worked for when she fell in love with Maxim. When a ball is thrown to welcome Ich to Manderley, Mrs van Hopper tries to seduce rich, single men. In which she succeeds.

The song ‘Rebecca’ returns throughout the musical and sends shivers down our spine whenever it is sung. Mrs Danvers’ (Willemijn Verkaik, Wicked, Come from Away) voice is extremely powerful yet broken. She misses her Rebecca dearly and calls for her to come home, to return to Manderley. The two songs Mrs Danvers and Ich sing together (‘Rebecca – reprise’ and ‘Mrs de Winter bin ich’) receive the biggest applause of them all, which we feel is entirely deserved.

Spectacular production design
Rebecca must be praised on a technical level as well. An impressive staircase in the library, an entire boat house on the beach, bedroom curtains that open and close per Mrs Danvers’ request and pillars descending from above are just some of the highlights. A see-through projection screen that comes and goes, as well as speakers throughout the theater add even more to the experience: images of Manderley, a train station or even the waves and sounds of the sea. The entire musical is also subtitled in English on several screens, which the theater goers that aren’t fluent in German greatly appreciate.

The very last song is a reprise of ‘Ich hab geträumt von Manderley’. And that is exactly how the audience returns home: dreaming of Manderley. Rebecca manages to be a musical with an incredible book, lyrics and music, an extraordinary production value, and stellar performers. A recipe for success, indeed.