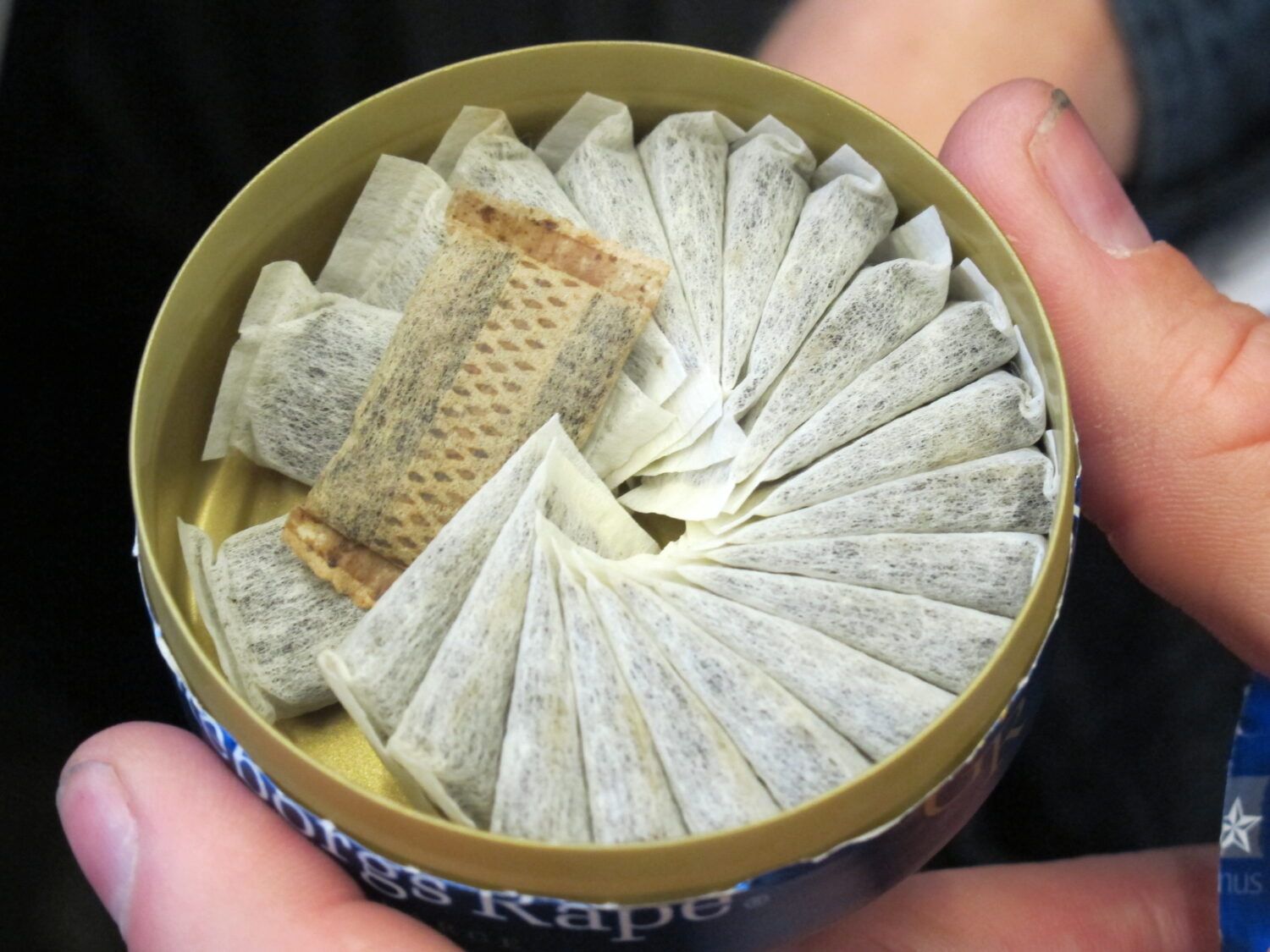 The use of harmful nicotine products referred to as snus is growing in Europe. Touted as a way out of a smoking habit, Dutch police say in a video aimed at teenagers and young adults that the products threaten youngsters with addiction and crime. Furthermore experts agree that the products can be harmful to youngsters’ health.

Those with tobacco ingredients are outlawed in all EU countries except Sweden, while those without are legal but regulated. In Belgium advertising these products and selling them to minors of these products is outlawed. However, as a result of limited supervision and the fact that these relatively new products still are in a legally grey area, children and teenagers still come into contact with snus.

Although the nicotine pouches without tobacco are regarded as harmful, research suggests that they pose less of a threat to a person’s health than conventional cigarettes do and that they can offer a way out of cigarette use, just as vaping products do. But unlike for vaping products, there is no conclusive research that nicotine pouches help people to quit smoking, says Stefaan Hendrickx from the Flemish Institute for Healthy Living in an interview with De Morgen: ‘It’s an avenue we have to consider for adult smokers. But it’s beyond doubt that nicotine is an addicting substance that young people can dependent on very easily.’

In an informative video aimed at youngsters, Dutch police officer Manouk explains that a single pouch can have as much nicotine content as twenty cigarettes.

But not only youngsters’ health is at risk. The Dutch police reported that they have several cases of nicotine pouches being given to children as young as 10 years old in order to make them addicted and coerce them into criminal activity, such as selling the pouches.

However that does not stop big tobacco brands from marketing to young people. A report by The Bureau of Investigative Journalism reveals that tobacco brands are using many of the marketing techniques outlawed for traditional tobacco products, such as colourful packaging and ad campaigns aimed at non-smokers, which present nicotine pouches as a cool new trend. Furthermore tobacco companies have used social media advertising and paid partnerships with influencers to market their products to a young audience.

As a result, reports have been emerging from around Europe, including Belgium, Switzerland, the Czech Republic, Germany and Sweden, of teenagers being addicted or hospitalised as a result of consuming nicotine pouches.

Therefore, it is important to underline that nicotine products are kept away from children and youngsters.

In the video Manouk concludes: ‘Dare to say no if these products are offered to you, and talk about it with a parent, teacher or police officer.’

The Belgian Federal Police was not available for comment on the situation in Belgium at the time of publication.