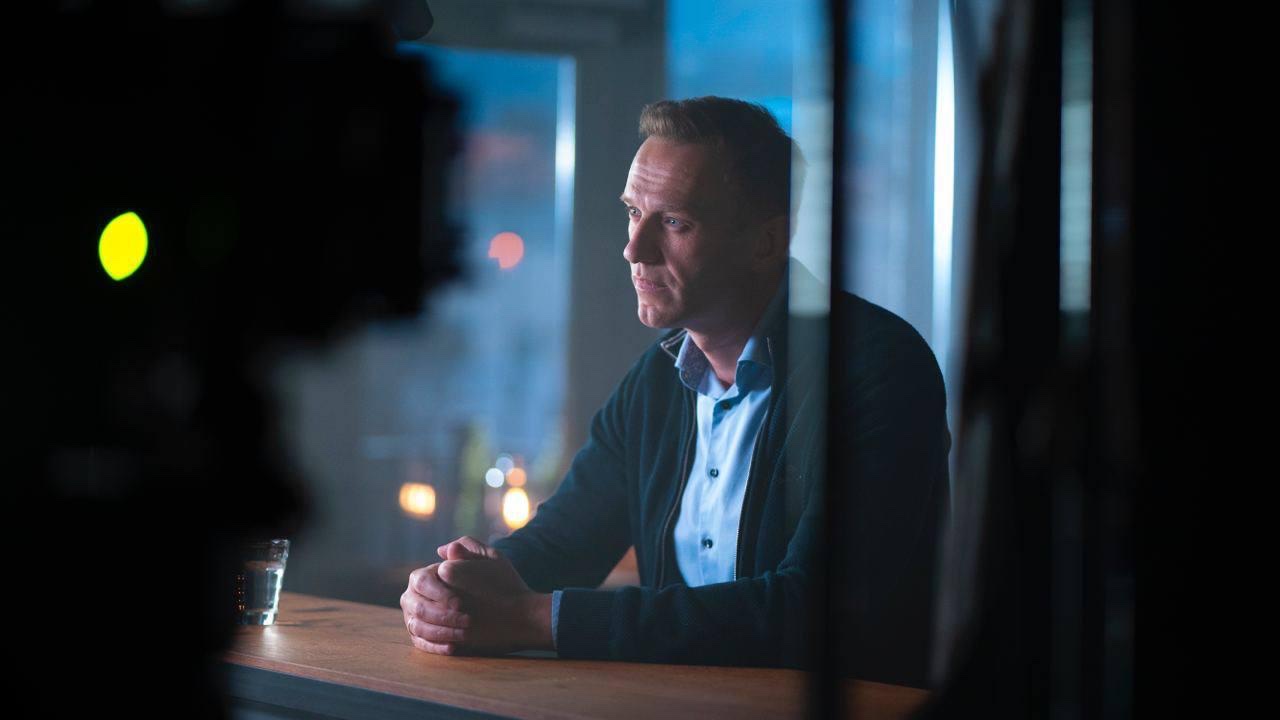 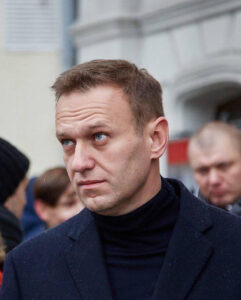 The Wall Street Journal calls Alexey Navalny as ‘the man Putin fears most’. Together with his team, he commands considerable respect among the Russians. But where is the catch? Is it possible to be in opposition in Russia? Why is Navalny perhaps not so dissimilar to Putin? Let’s try to figure it out.

Alexey Navalny is known as an opponent of Vladimir Putin and his government and for organising demonstrations against corruption in Russia.

He does a lot of work to unveil the truth about what he calls ‘the party of crooks and thieves’ (United Russia is a Russian conservative political party, editor’s note).

Navalny grew up in Obninsk, not so far from Moscow. He initially studied to become a lawyer and, later, an economist.

It was in 2008 that Alexey made a name for himself in Russia by publishing evidence of embezzlement in Russia’s largest state corporation. Subsequently, he received a scholarship to join the Yale World Fellows program.

He stood as a candidate in elections to become the Mayor of Moscow on 9 September 2013. According to the Moscow City Electoral Committee, Navalny received 27.24% of the votes. Sergei Sobyanin won the election and has been mayor since. In 2018, the Central Election Committee refused to register Alexey Navalny as a candidate for President of Russia.

He has millions of followers on social networks, where he publishes investigations about corruption by Putin and his entourage. Two years ago, Alexey Navalny was poisoned, probably by the government using a nerve agent called Novichok.

After recovering in Germany, he returned to Russia and was immediately arrested. He is still in jail on fabricated charges. Navalny’s arrest led to many protests in Russia last year, but demonstrations failed to bring about any change in Russia.

So, what do we have? We have a person who wants to fight corruption and make the system work for people but who has been blocked from standing as a candidate to be President of Russia. In general, global media talk a lot about him being persecuted by the government but rarely about the view that he has imperialist ambitions.

We asked some students from different countries about Alexey Navalny. These young people don’t see him as a president. They agree he did a lot in tackling corruption but don’t trust him.

According to Yevgen (23) from Ukraine, Navalny has an imperial worldview. His anti-corruption rhetoric does not change that alleged imperial worldview. Yevgen considers that, for Navalny, war and the occupation of neighbouring territories are entirely normal.

At the same time, Anastasiia (20) from Russia is sure Navalny could start the process of fighting corruption, transforming the judiciary and the police, and she wants to believe in a return to freedom of speech, without which, in general, it is impossible to build a normal democratic state.

IJsbrand (26) from the Netherlands sees him as the head of the official anti-corruption agency but not as a president.

We’ve often seen that leading the opposition is easier than leading once in power. Think of the Bolsheviks, the Taliban, or the progressive left in current German politics. They were good at pushing against the establishment but struggled to lead, said IJsbrand.

We’ve often seen that leading the opposition is easier than leading once in power. Think of the Bolsheviks, the Taliban, or the progressive left in current German politics. They were good at pushing against the establishment but struggled to lead, said IJsbrand.

Maybe his goal is just to come to power, not to change the system, added Marine.

Maybe his goal is just to come to power, not to change the system, added Marine.

There was also a comment from a Georgian student. Russia invaded Georgia in 2008 and still, in fact, controls some territories.

Georgians do not believe Russians generally, no matter whether it’s Navalny or someone else, Anano (20), Georgia.

Georgians do not believe Russians generally, whether it’s Navalny or someone else, Anano (20), Georgia.

It’s challenging to imagine freeing Navalny and putting him in the role of president for now. We should look at his blog on the LiveJournal platform. By the way, the Russian government deleted many of his posts. The next is from the archives.

You can find one of his posts on the LiveJournal platform in the picture. Below is the translation from our editorial office.

The last tyrant of Europe

On the way back, I am convinced again: to change the opinion about the bloody regime of Lukashenko (non-recognized leader of Belarus – ed.), you need to drive around Belarussia (the non-official name for Belarus – ed.). They’ll never team up with us. They don’t fucking need it.

And the Belarussian language is something magical:  …

It’s like the writing came up with a bunch of xáčik* teaming up with scumbags.

This post is dated 2008. Subsequently, Navalny called Georgian people rodents (Georgian and rodents in Russian alliterative) and called for them all to be kicked out of Russia.

A potential new, free, peaceful Russia seems just an illusion. As GeorgiaToday mentioned in their article:

Anti-regime activists, cultural or sports workers, who often make statements worse than the most chauvinistic and xenophobic Russian politicians do, are named as the embodiment of the “other Russia”. The “other Russia” does not exist yet.

Anti-regime activists, cultural or sports workers, who often make statements worse than the most chauvinistic and xenophobic Russian politicians do, are named as the embodiment of the “other Russia”. The “other Russia” does not exist yet.

Another Russia doesn’t exist yet. Navalny is a good symbol of revolution, but he raises suspicions about the question of foreign policy. That’s not enough to have just one ‘good guy’ to do democracy. In another way, it would be just another tyranny. He is against the Putin regime but still supports kind of occupation. That happened to Georgia, and that happened later to Ukraine.

He said Crimea would not be able to return to Ukraine and compared the peninsula to a sandwich that can’t be passed back here and there. 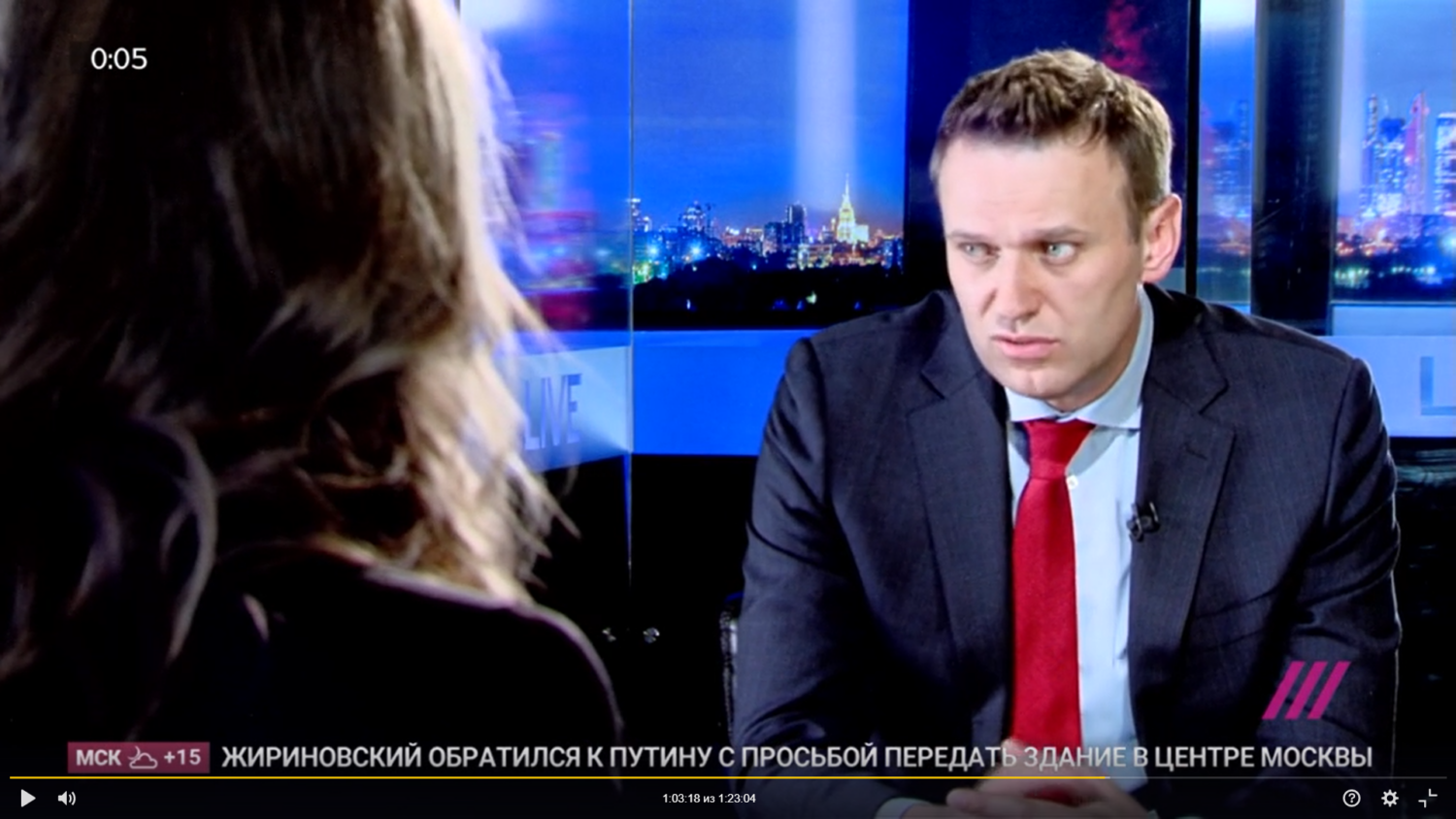 During the interview with Kseniya Sobchak, he said about other territories occupied by Russia: I wanted to recognise the independence (Transnistria in Moldova, Abkhazia, and Ossetia in Georgia) of these regions.

We should mention that international law generally doesn’t recognise the right to separate. An evident principle of the international order under the UN Charter, the territorial integrity of sovereign states, is untouchable. Therefore, any movement about secession is a matter of national constitutional law.

As we know, no constitution grants such a right to unilateral secession. Indeed, there are exceptions, and every case deserves particular discussion.   Navalny declared wishes for separation in countries Russia invaded. Russia paid to separatist movements and caused a mess, which is still a fact. And Navalny supported this by recognising independence.

Alexey is not the only person in opposition to Putin, but what does the opposition consider about him? For example, Aleksandr Nevzorov, a journalist and a past member of the State Duma, said the following statement two years ago.

Therefore, Alexey Navalny is a very controversial figure in the political world. On the one hand, he is very opposed to Putin’s regime. He had the potential to unite people and depose the current president, but it did not happen. Ukrainians and Georgians are wary of him because of his past statements.