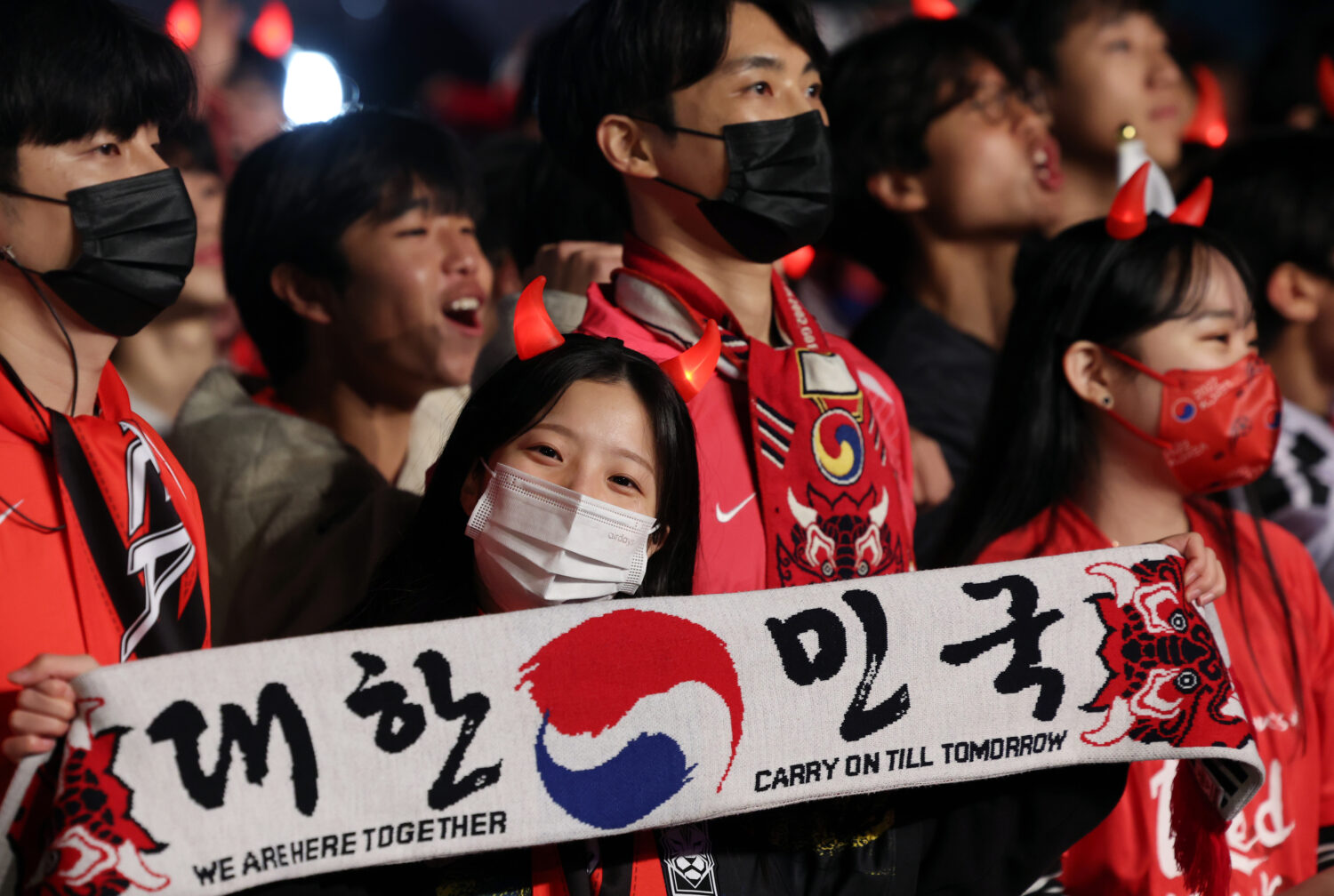 FIFA president Gianni Infantino says that people who call fans in Qatar ‘fake’ are racist. During an hour-long interview before the first game of the World Cup last Sunday, the FIFA president expressed his displeasure with the negative online reaction to the championship.

The ’fake fans’ uproar was caused by videos Qatari Living posted last week on TikTok. It showed cheering fans dressed in English, Brazilian, and Belgian jerseys, and they seemed to be of South Asian descent while supporting European countries. A video circulating on Twitter shows fans for England that sang the ‘It’s coming home’ anthem wrong, a famous football song that England fans sing at competitions. Online people suggested that these fans were hired because many European supporters were discouraged from going to Qatar. In the wake of the controversies that surround the host country.

Huge number of Indian ex-pats outside the England hotel, awaiting the team’s arrival in Qatar. Spoke to a few of them, and they insist they are not fake fans. Also have shown us murals of England players they have drawn back in Kerala pic.twitter.com/YlQQMOnPad

Is it racism?
Sunday, the 20th of November, FIFA president Gianni Infantino gave an hour-long interview before the Qatar v Ecuador game. He expressed his displeasure concerning these ‘fake fans’ accusations. ‘Can a person who looks like an Indian not cheer for England or Spain?’ he asks in the interview. ‘This is racism’, Infantino says. ‘Everybody in the world has the right to cheer for who they want.’

‘I don’t really understand what his arguments are to call people racist’, Inge Derom says, professor of sport management at the Vrije Universiteit Brussel. ‘He tried to legitimize his organisation, FIFA, by showing that it has a positive goal in Qatar. That because of the FIFA World Cup, Qatar would be a better place in the future.’ Derom cannot say if there are ‘fake fans’ in Qatar, but she would understand why Qatar would hire them. ‘With this World Cup Qatar wants to show that it can organise a big event, such as a sport championship’, professor Derom tells us. ‘Qatar has to prove to the international community that it can provide a qualitative event and part of that is the fan experience.’

‘He tried to legitimize his organisation, FIFA, by showing that it has a positive goal in Qatar’ – Inge Derom

No fake fans
Qatar has consistently denied these accusations but has openly communicated about the Fan Leader Network. This initiative invited more than 400 fans and influencers to promote the world cup in Qatar. They got entrance tickets for their game, free flight tickets, and a hotel room. They were also invited to meet important individuals.

The Guardian interviewed half a dozen fans cheering in Qatar and calls them ‘the real deal’. Sajidh, one of the fans they interviewed, said: ‘We are diehard England fans. If someone offered to pay us to support England, we would turn them down.’ And in Kerala, India, they put up giant cut-outs of Neymar, Cristiano Ronaldo, and Lionel Messi and posted a picture of them on Twitter. Another fan The Guardian interviewed was from that region and showed a WhatsApp group with almost 1.000 football fans from Kerala.

Giant cutouts of Neymar, Cristiano Ronaldo and Lionel Messi popped up on a local river ahead of the tournament.

And it shouldn’t be a surprise that there are a lot of migrants on the streets of Qatar and, therefore, a lot of immigrant football fans. Middle East Eye published that in September, the population of Qatar had increased by 13 per cent in 2021 for the World Cup. They also estimated that 380.000 citizens are Qatari, and the others are mainly migrant workers. These migrant workers come from poorer South and West Asian countries, such as India, Pakistan, and Bangladesh.

Still, there is a lot of doubt about the honesty of the Qatari government, but the numbers don’t lie. In October, Gianni Infantino said that the ticket sales reached three million. That is comparable to the three million tickets sold for the 2018 FIFA World Cup in Russia. So, football continues to sell seats no matter the controversies.