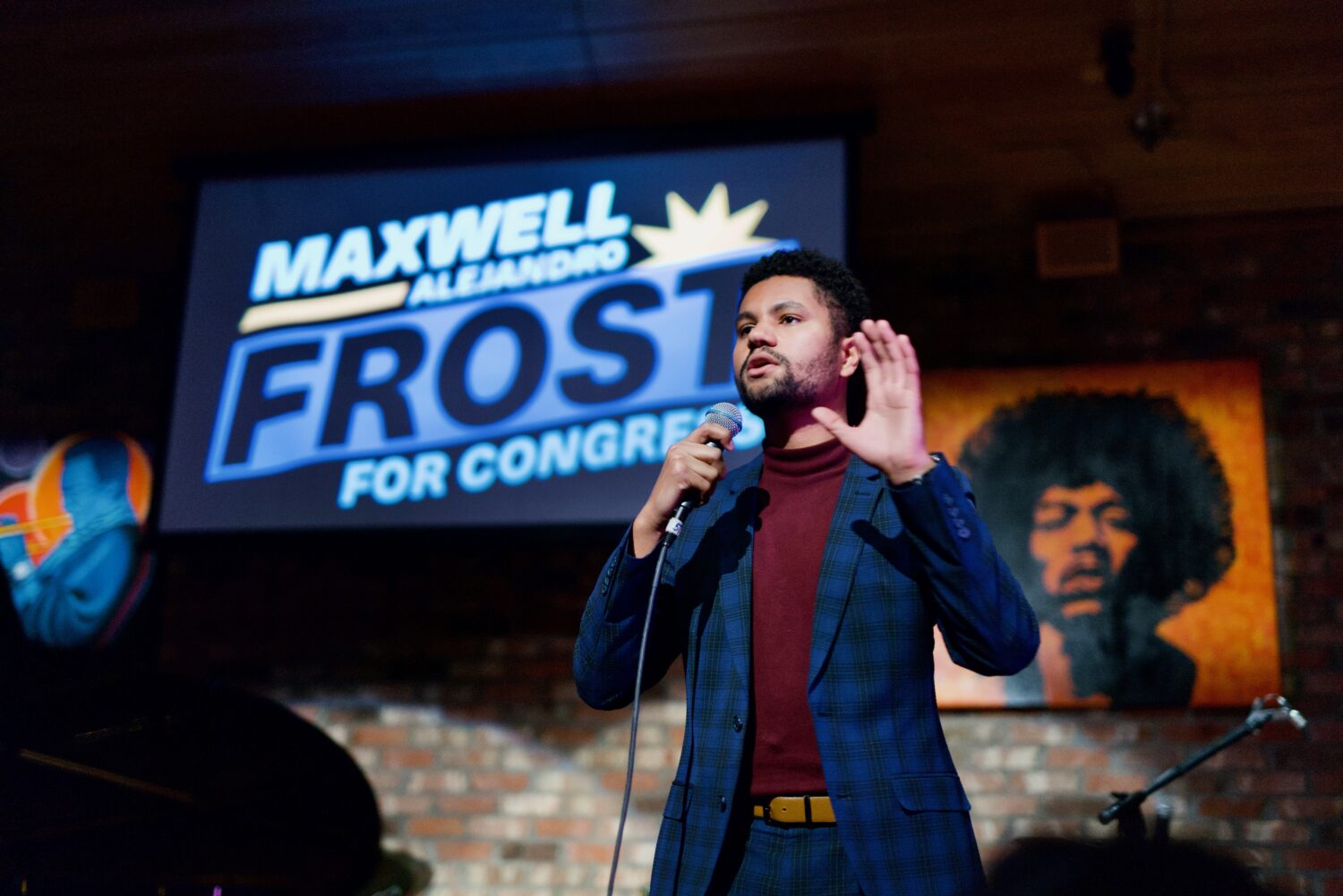 At just 25 years old, Democrat Maxwell Frost will become the youngest member in the United States Congress, and the first person coming from what is known as Generation Z. During the midterm elections, which were held nationwide on November 8, he stood as a candidate to become a member for the House of Representatives for Florida’s 10th congressional district. This includes the western half of Orlando, which is Florida’s third-largest city.

Representative-elect Maxwell Frost has advocated for abortion rights with the American Civil Liberties Union (ACLU) and has helped in the fight to end gun violence after being a victim of police abuse. He also successfully organised the ACLU movement that restored voting rights to over 1.6 million Floridians with previous convictions. During his campaign, Frost promised to ‘fight to end gun violence, win Medicare For All, transform [the] racist criminal justice system, and end the climate crisis’ when elected.

Born in January 1997, he will become the first member of Generation Z in the US Congress. Although strictly defined age groups do not exist, Gen Z is generally seen as consisting of people born between 1997 and 2012, according to the Pew Research Center.

The situation in FL-10
In Florida’s 10th congressional district, Frost stood against Republican candidate Calvin Wimbish, who served in the US Army Special Forces. Frost won 59% of the votes in his district, which translated into a victory of almost 40,000 votes.

Frost will replace Val Demings in the House of Representatives, who has been in the seat since January 3rd, 2017. She did not opt for re-election this time, choosing to run for state senator instead. However, she was defeated by the Republican incumbent Marco Rubio.

The other Floridian senator is Republican Rick Scott, whose seat was not up for re-election this year. Florida’s 28 congressional districts were largely won by Republican candidates in these midterm elections, with only eight Democratic districts left. Three districts that are now Republican used to be Democratic, but were flipped with over 50% of the votes.

The 118th United States Congress will start its session on January 3rd, 2023. The Democratic Party has secured its majority in the Senate, but too many district races are still undecided to be certain which party will control the House of Representatives.