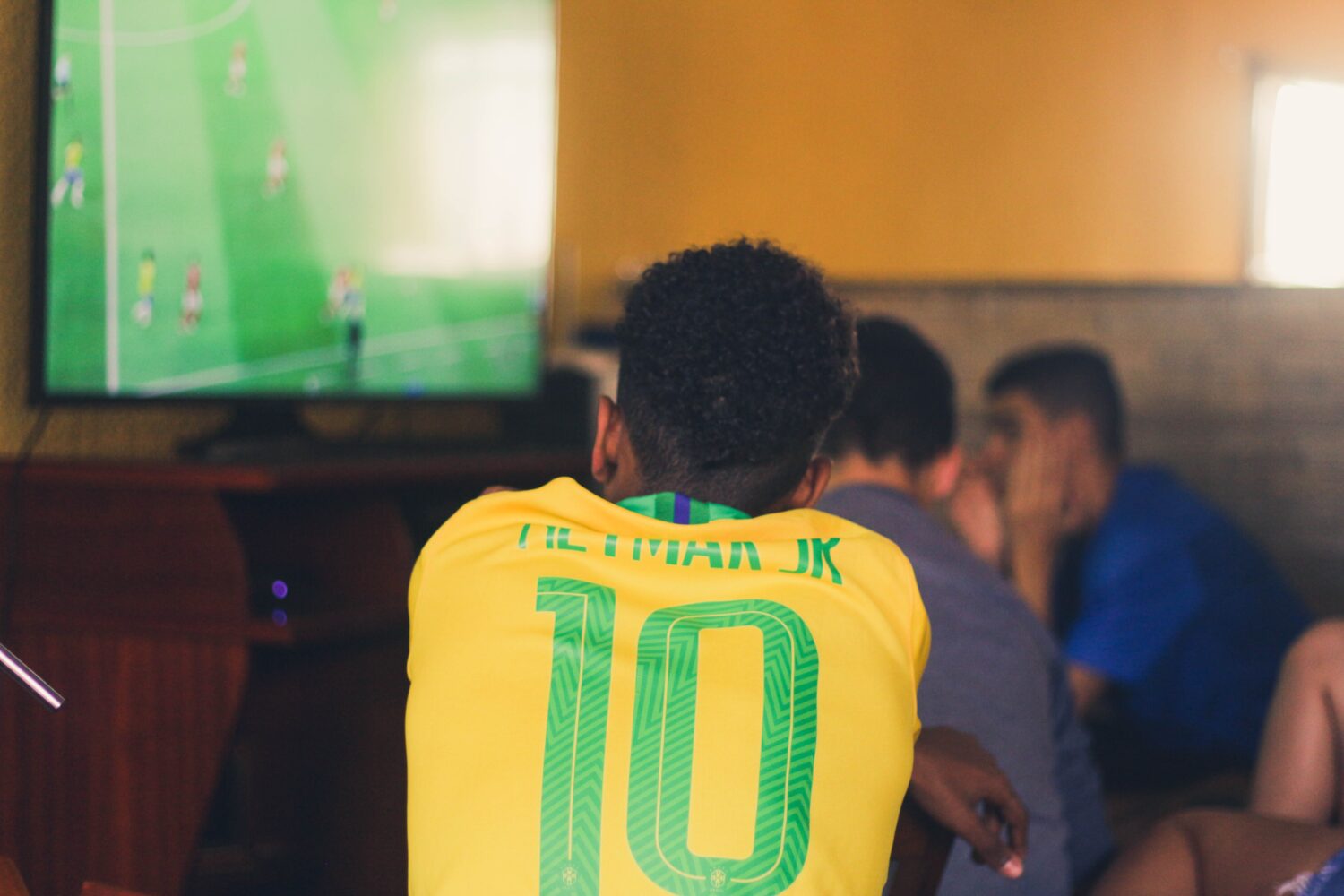 Multiple World Cup fan zones in Belgium have been cancelled due to a lack of interest. The official fan zone of the Belgian Football Association in Belgian city Vilvoorde has been called off and will not be built as was reported on the 14th of November. In Mechelen, the World Cup fan zone, which was supposed to be built in the Nekkerhal, has also been dropped as they didn’t even sell 200 tickets, whilst they had space for 5.000 fans.

What do young people think of the World Cup being organised in Qatar and about the fan zones being cancelled? Do they feel the excitement a World Cup usually brings?

The 19-year-old Journalism student, Vincent Albers, doesn’t feel as much hype as usual. ‘In summer I would be way more hyped. Firstly, because of the weather. Secondly, because the competition has now been abruptly stopped and you only have a week to get into the World Cup hype, especially if you follow club football like me. Right now you don’t see many Belgian flags on the streets, and I’m intrigued to find out whether the hype can be felt once it starts.’

‘Qatar is not a nice country to organise a World Cup. Similar to Russia to be fair, but there was not as much commotion about that. A World Cup in Brazil is way nicer, even though human rights also aren’t perfect there. But if you read about everything that has happened in Qatar it is a big disgrace that one of the most beautiful football tournaments in the world is held here,’ says Vincent.

Vincent also believes the low expectations on the Belgian team to perform well, have led to less interest. ‘The interest in the national team was minimal before we had our so-called golden generation. They really got the country hyped, but their peak was in 2018 and since then the level has gone down. But if Belgium wins their first three games, we might see a big increase of excitement in Belgium.’

Jorun Praats, who is studying to become a primary school teacher, feels like there is a bit of hype in Belgium. ‘The hype is there, but it is a little bit tainted by the fact that it is held in Qatar. There will be a lot of people boycotting the World Cup, and I personally feel an internal dilemma about whether I should or shouldn’t watch.’

The 19-year-old Jorun usually watches the matches of the Belgian national team on big screens too. ‘It has a very exciting atmosphere, but I wouldn’t have paid for tickets to the fan zone in Mechelen. I can watch it in my hometown on a big screen for free, so why would I pay.’ The tickets to watch a match in the fan zone in Mechelen would have varied between €5 and €9,50.

The fact that it is held in winter also bothers Jorun. ‘Usually, it’s a lot nicer to have a World Cup in summer. I always go to a big open field with a summer bar to watch the game, but I can’t imagine the atmosphere being as good when you are out in the cold with a thick jacket on.’

The 24-year-old producer Amber Pelgrims does not feel like there is as much hype as usual. ‘Normally, the World Cup is already advertised months before but you barely see anything right now. The reports on the human rights in Qatar and the fact that some of the builders have died probably has to do with that. It’s not nice to know what has been going on, but football is, unfortunately, all about money.’

‘It is a shame that the fan zone in Mechelen was cancelled. I was about to buy tickets when I saw the notification that it was cancelled’ – Amber Pelgrims (24)

‘It is a shame that the fan zone in Mechelen was cancelled. I was about to buy tickets when I saw the notification that it was cancelled. Watching matches with a big crowd and cheering the team on is always a lot of fun,’ says Amber.

The 21-year-old Thomas More student Helen Bucher is boycotting the World Cup in Qatar. ‘I refuse to watch the World Cup this year. If it were not held in Qatar I would have been excited. I’m not super interested in football, but international tournaments are always a lot of fun to watch with friends. But I will not watch it at all, even if my country, Germany, reaches the final.’

‘I refuse to watch the World Cup this year. If it were not held in Qatar I would have been excited’ – Helen Bucher (21)

The fact that the tournament is being played in the winter is also a disappointment for Helen. ‘In my hometown in Germany, we always watch the games on a big screen next to the lake. In the summertime, we put on a barbecue, swim in the lake and then we watch the games together. In winter this wouldn’t be possible.’

The 19-year-old Thomas More student Mohammed El Kadi believes the hype will start once the first game will be played. ‘You can’t really feel the excitement on the streets yet, but I expect this will still come when Belgium plays their first match.’

‘You can’t really feel the excitement on the streets yet, but I expect this will still come when Belgium plays their first match’ – Mohammed (19)

Mohammed, however, has a different dilemma which makes him less excited about the World Cup. ‘I am originally from Morocco, and as we know Belgium and Morocco are playing against each other. It will be the first time in 20 years, I believe. I am supporting both countries, so I will be happy with either of them winning. But it is always nicer to support one country and feel more tension during the games.’

The Business & Management student doesn’t have a preference for a World Cup during the winter or summer, however, he is upset about one thing. ‘It is a shame that some matches will be played when I’m in class. I can follow the scores on my laptop or phone, but it is very difficult to watch the matches in class.’