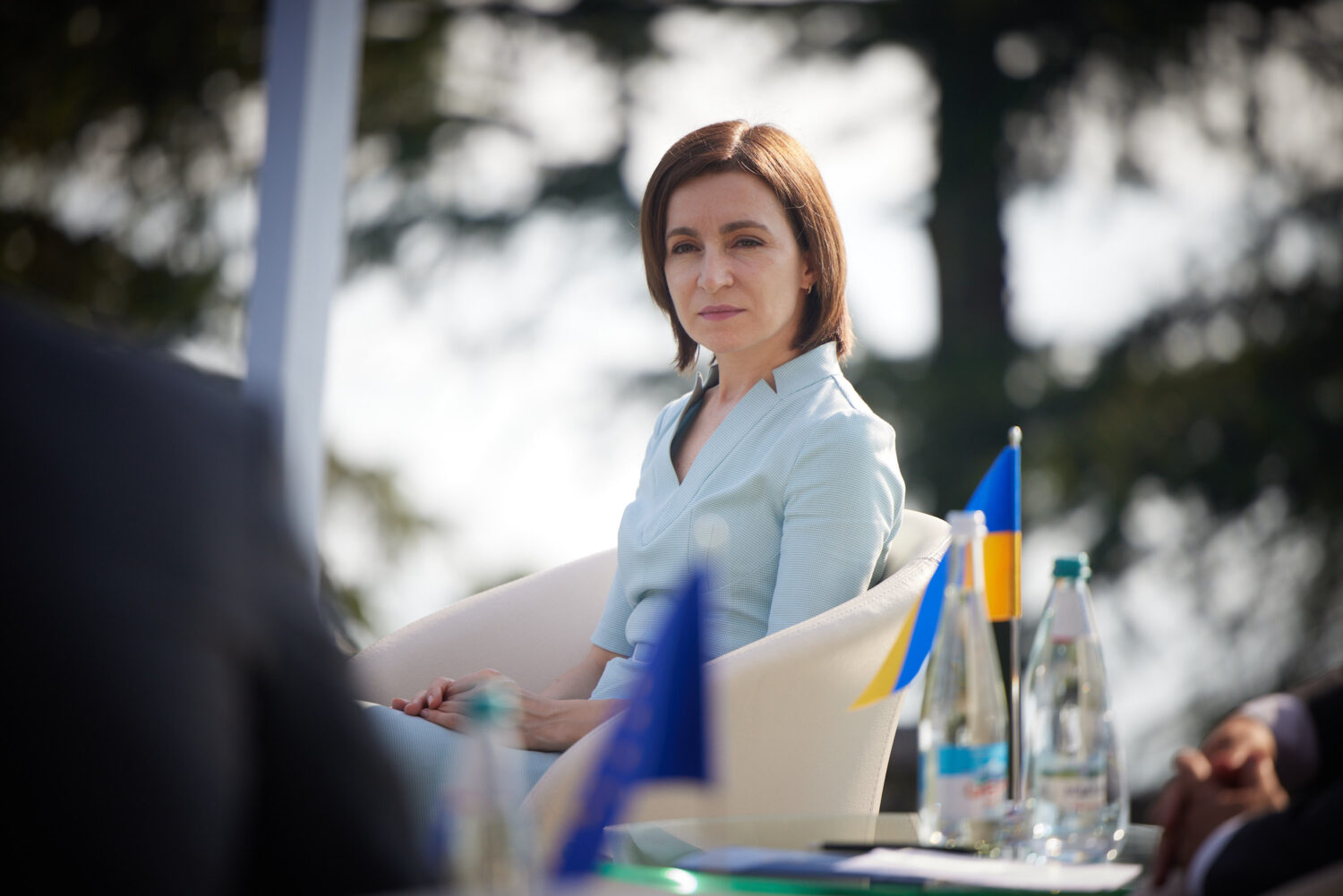 Moldovan president Maia Sandu pledged more support at the Ministerial Conference Centre in Paris on the 21st of November. Since the Russian invasion in Ukraine, Moldova has been suffering from an economic crisis and faces an estimated inflation of 30 per cent or more in 2022. ‘I know everyone in Europe pays a very high price for energy but these same prices have a much more ruinous impact on our country and people,’ said Sandu. Moldovan student Alexandra Alexa says it is tough for her family too.

Moldova is one of the poorest countries in Europe. Russia generates 70% of Moldova’s electrical power, which keeps Moldova very dependent on Russia for both gas and electricity. Russia has continued to slash Moldova’s gas and electricity supply, which has resulted in a huge increase in prices. ‘We are not certain we can find enough to heat and light our homes, and even if we do, the prices are unaffordable for our people and economy. This could jeopardise our social peace and security,” explained the Moldovan president.

‘Gas prices have gone up five times, but wages have remained the same’ – Alexandra Alexa (19)

The 19-year-old Moldovan Alexandra Alexa, who studies in Belgium, says that her family and friends are very worried about the current economic situation. ‘Before the crisis, my family paid 400 Leus for electricity, which is about twenty euros. Now they pay 1.600 Leus, so four times as much. Gas prices have also gone up five times, but wages have remained the same.’

Not only gas and electricity have become more expensive, everything else has too. ‘I told my mother how much I pay for groceries here in Belgium, which is already one of the most expensive countries in Europe. And my mom told me that it was way more expensive in Moldova right now. You can buy butter in Belgium for one to two euros, but in Moldova, it costs three to four euros. And the minimum wage in Moldova is 200 euros. It is even tougher for the elderly in my country. My grandma receives 50 euros per month, and it’s difficult for her to afford to live.’

‘My grandma receives 50 euros per month, and it’s difficult for her to afford to live’  – Alexandra Alexa (19)

Moldova is a former Soviet Union state and European policymakers have said that Moldova is one of the most vulnerable countries to a spread of the war in Ukraine. Their female president Sandu applied to become part of the European Union following the start of the war. Since September, there have been ongoing anti-government protests in Moldova which are sponsored by the Moldovan, pro-Russian, politician Ilan Shor, who is allegedly being paid by The Kremlin.

Ana Revenco, the Minister of Internal Affairs of Moldova, stated that the Russian Federation has been behind the anti-government protests. ‘They want to destabilize Moldova, making the country, society, and government vulnerable through propaganda, fake news, blocking businesses, and discrediting authorities and leaders.’

Mass protests continue in Moldova. Protestors are calling for the removal of Maya Sandu’s pro-EU regime. Protestors realize that EU sanctions on Russia are making their lives impossible. Take a look: pic.twitter.com/dJvoQEXWoh

The 19-year-old student Alexa says that the protests remind her of a previous time when there were protests and they got the Parliament to resign, although she believes and hopes that the Sandu will not be taken down.

‘With Sandu as our president the economic crisis is getting worse, and many people believe that if we would have the pro-Russian Shor as our president that everything will be resolved. Gas and electricity prices would go back to normal and everyone would be able to afford to live. However, working together with Russia would be very controversial. People might not struggle as much right now, but long term there will be more issues,’ says Alexandra.

Mass protests against the current government are again taking place in #Moldova. pic.twitter.com/UznkGaD2wQ