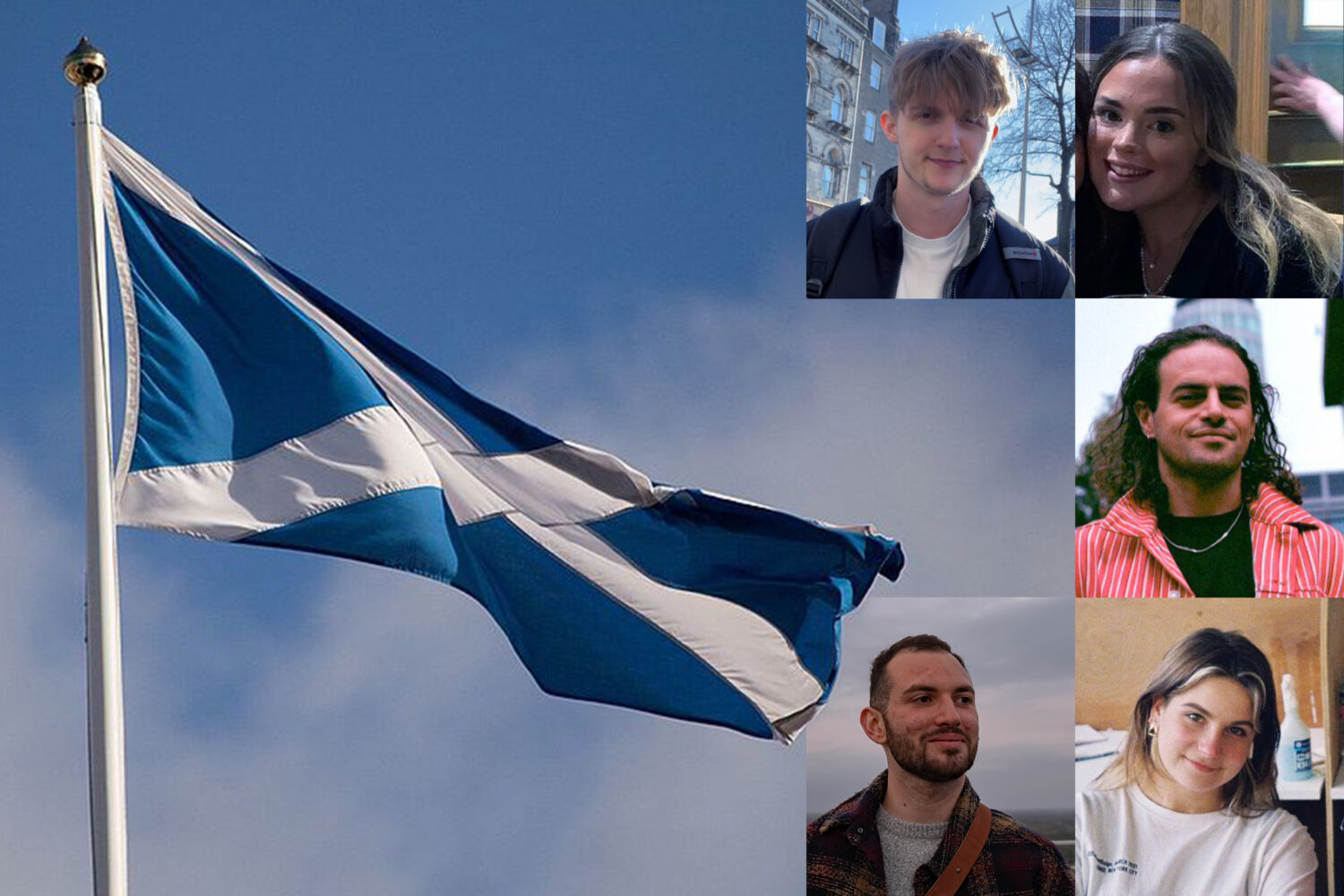 The UK Supreme Court decided the Scottish government could not hold an independence referendum without the UK government’s approval. The Scottish National Party attempted to force a vote on 19 October 2023. However, on 23 November, the British parliament refused to give its consent for Scotland to hold a referendum.

Scotland’s independence has been extensively discussed in the United Kingdom for around ten years. So what do people from this country think about the court’s decision?

‘You still must see how undemocratic it is’ 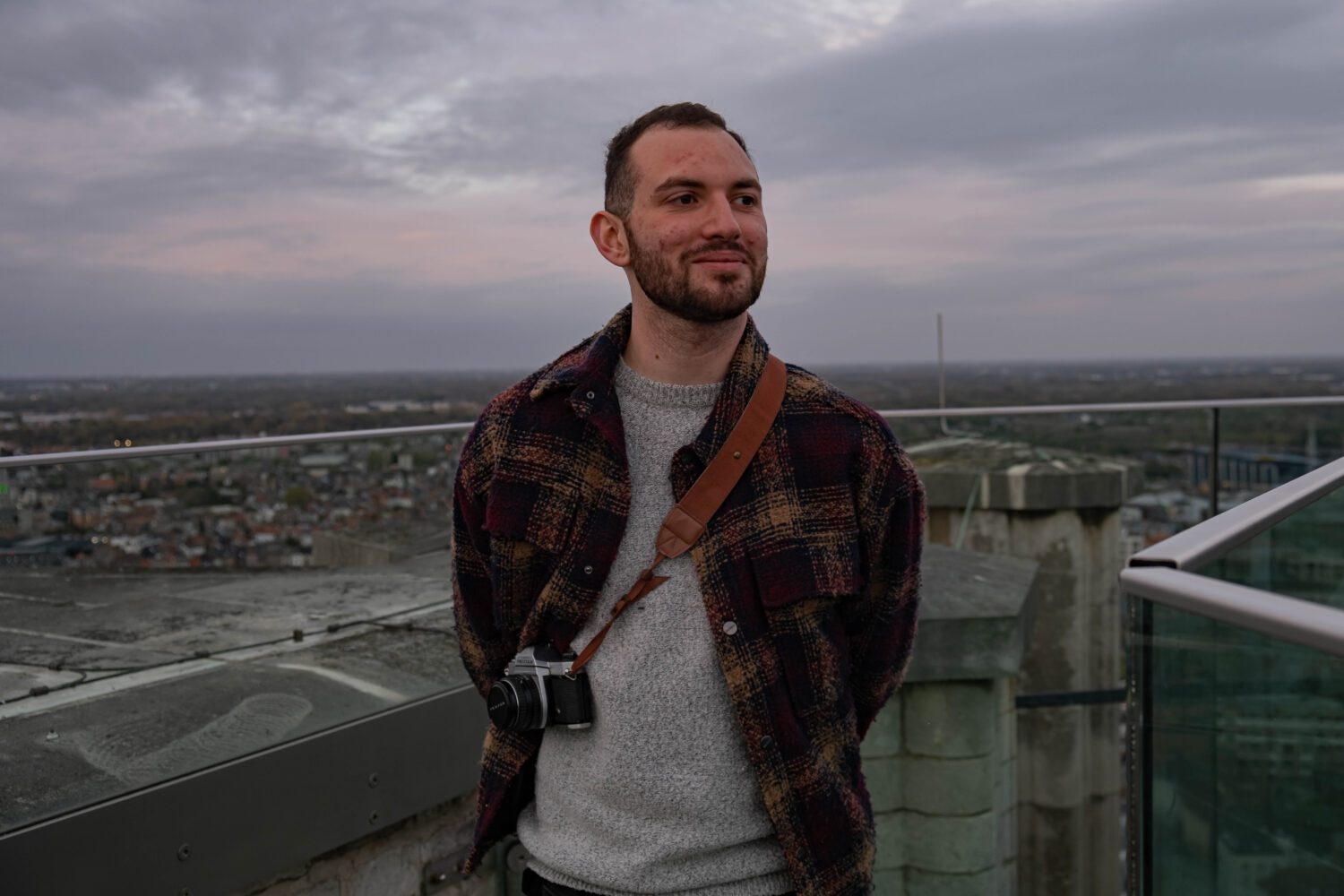 The 22-year-old filmmaker from Glasgow, Scotland, Conall Mackay, thinks ‘it’s a case of whether you’re for or against independence. You still must see how undemocratic it is. To be denied the right to vote by another nation who clearly doesn’t have the best intentions in mind for Scotland but what benefits the Conservative government in power – a government Scotland hasn’t voted for since the 50s.’

Also, Conall would like to see more outrage from other nations about this. ‘It’s quite a bad look in the UK,’ he says.

‘I think it’s still unhealthy that the UK holds Scotland in a parasitic relationship in which Scotland constantly cannot be allowed to make decisions for itself. To still be held under the jurisdiction of the UK while consistently having a different majority is not what constitutes a democracy, in my opinion,’ said Rebecca Craig (20), an exchange student at the Thomas More University, who is doing her main studies at Dundee University, Scotland. Rebecca hopes this narrative will change in the future. 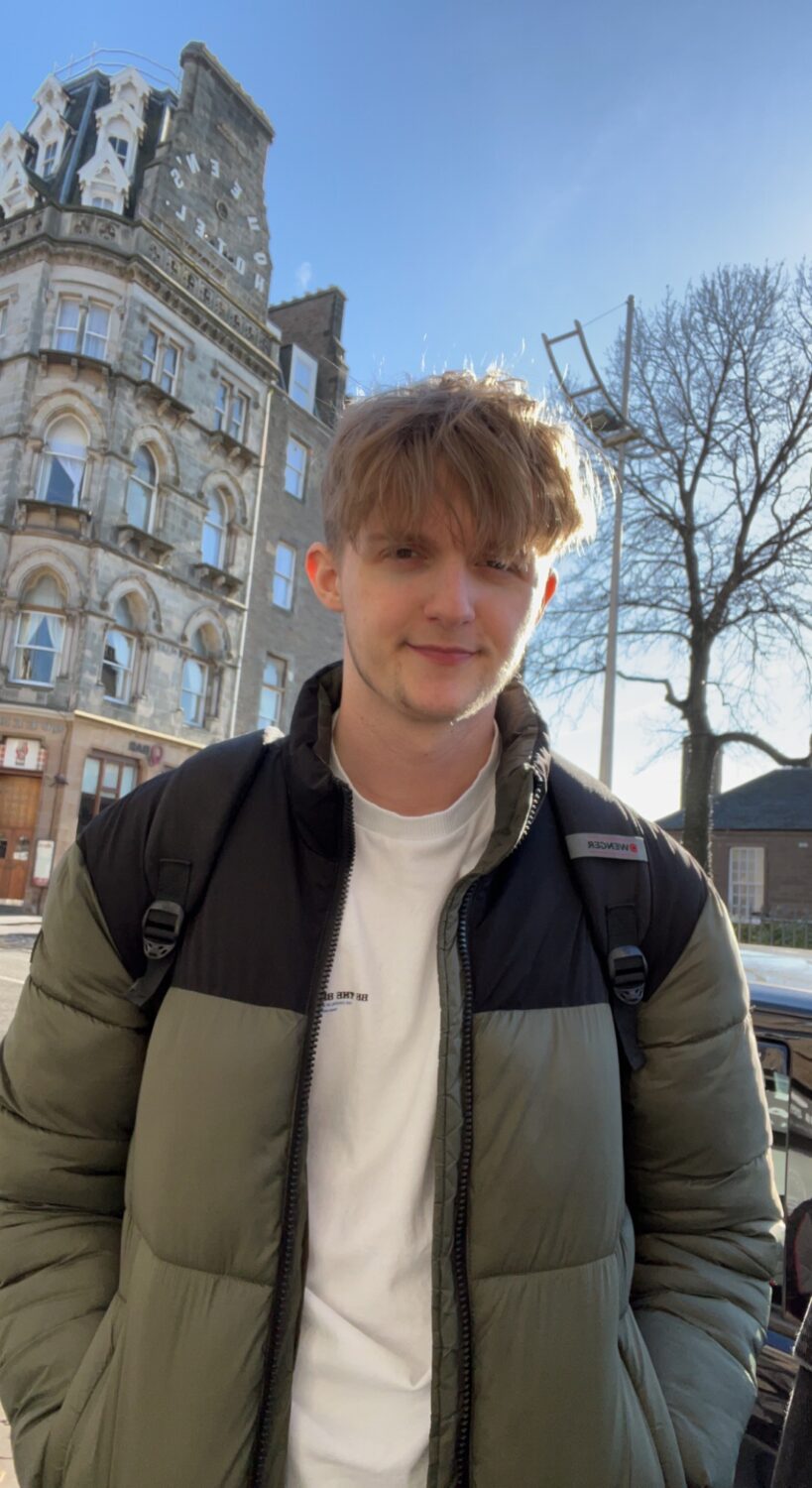 Another student, Kyle Smith (22), does not like ‘the idea of a devolved government in any capacity, especially in the set-up within Westminster (the government district near Buckingham Palace, here it means London –  ed.). I struggle to see how it isn’t right and just for Scotland and the other devolved countries of the United Kingdom to get a vote for independence every few years – as big changes are made (such as Brexit, i.e. leaving the EU).’

‘Scotland waited the number of years they wrote they would, and for us not to be allowed to have another referendum after changes that the majority of Scotland didn’t vote for is, I think, undemocratic and unfair’

Kyle thinks this situation shows how valuable the North is to the whole set-up and how fearful the South is about what the outcome may be. ‘The costs of advertising and marketing in a referendum can be very costly, which I can understand the frustration over – though if Scotland were free to hold a referendum without the controversy and backlash, there would be no need to fight and create an unsavoury atmosphere in the UK,’ he says.

In 2014, Scotland had a chance to end its relationship with the United Kingdom. Nevertheless, the decision was rejected because those wanting independence did not secure enough votes (they gained around 45%). Scotland therefore remained in the UK. 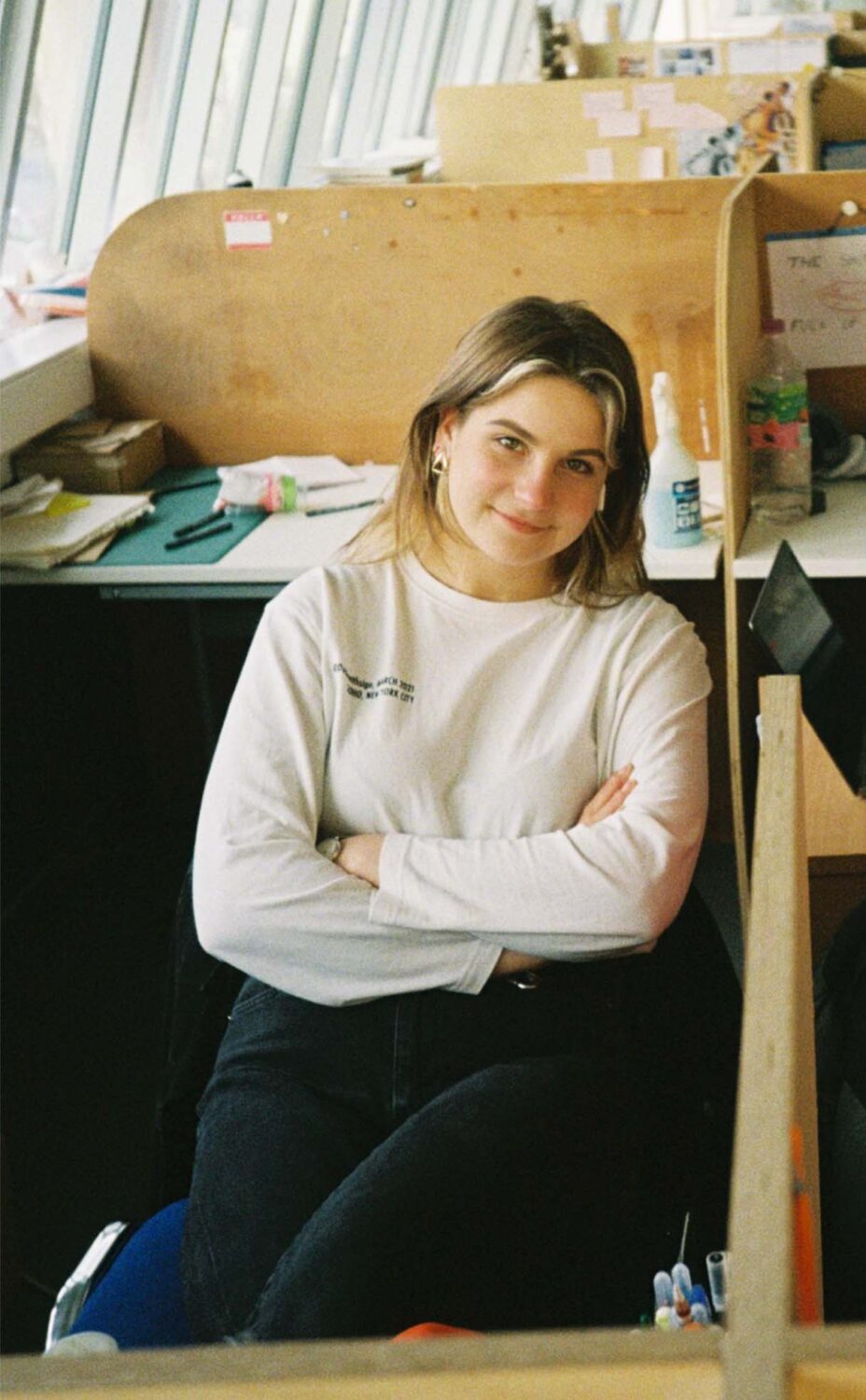 ‘As all Scottish nationalists, we have been patiently waiting for a second chance at independence, which was scheduled for the following October. We have an incredible set-up for success, and I truly think we would thrive as a free country,ʼ says Daniella Levins (21), Service Designer.

‘The fact that London has the power to deny our democratic rights, forbidding our people to decide for themselves, is already an obvious reason why this isn’t a fair legal regime. Scotland is a proud country, and there is no way people will sit still. Already rallies were happening across many of the cities. Holyrood (the official residence of the British monarch in Scotland – ed.) was packed with people by the end of yesterday. Nicola Sturgeon (First Minister of Scotland and Leader of the Scottish National Party – ed.) made a bold speech with strong determination, ensuring Scotland would not be silenced. She is incredibly strong-willed, and as a prime minister, I know she won’t let Scotland give up.’

What do people who are not Scottish from the UK think? 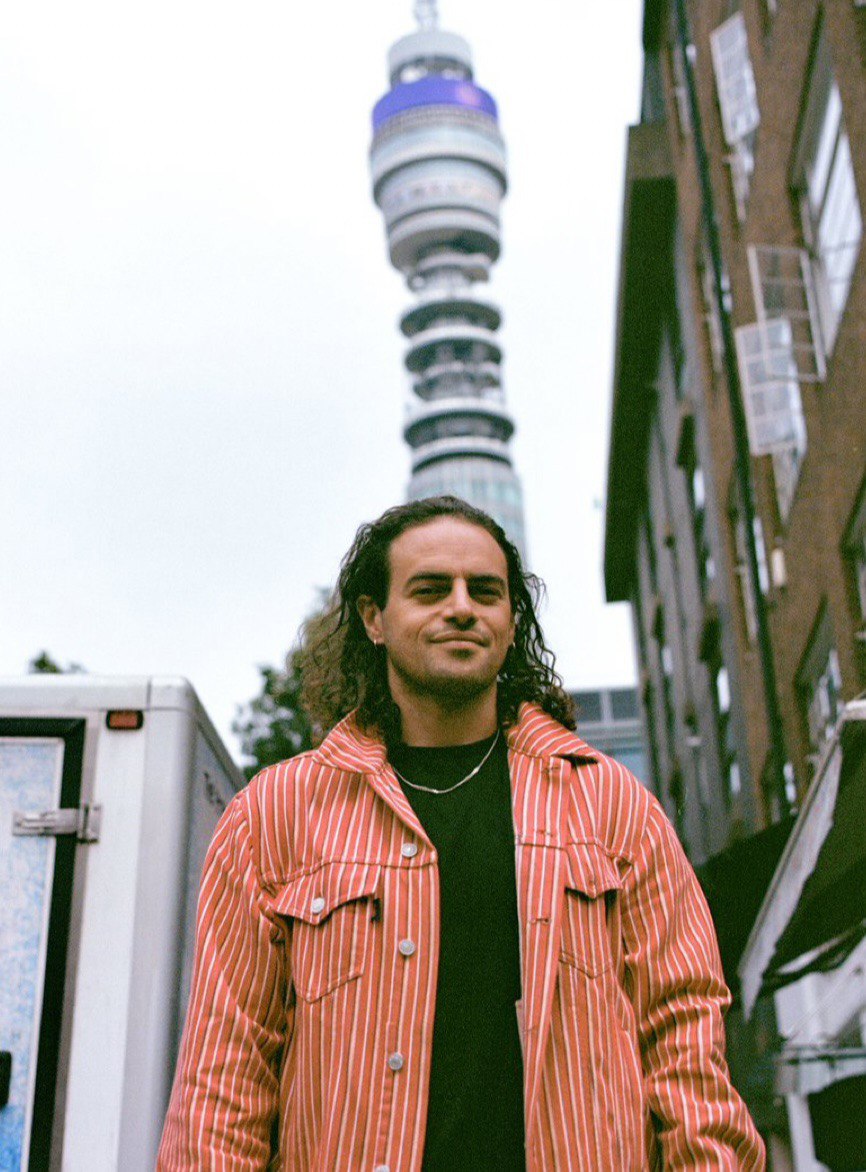 ‘These things only ever seem to lead to disaster’

Aaron Hazan (38), Director at Hotel Radio LTD, thinks that ‘‘yes/no’ referenda are utterly abysmal protocols to fall back on to decide political outcomes, as evidenced by Brexit. Much better to have experts lay out all the intricacies and make a judgement on them. These ‘experts’ I would like to call ‘politicians,’ but in today’s climate, that might seem a bit of an outlandish stretch. Whether or not the Scottish are denied another independence referendum so soon after their last one is a moot point. These things only ever seem to lead to disaster.’

Graham Gargiulo (56), a lecturer, says ‘as a resident of England, the appeal court judgement doesn’t affect me so much – that said, I believe that, in light of Brexit, the Scottish people should be allowed to vote on whether to remain part of the United Kingdom. It seems odd that the politicians who fought for the right for Great Britain to vote on leaving the EU should deny the Scottish nation the same opportunity’.