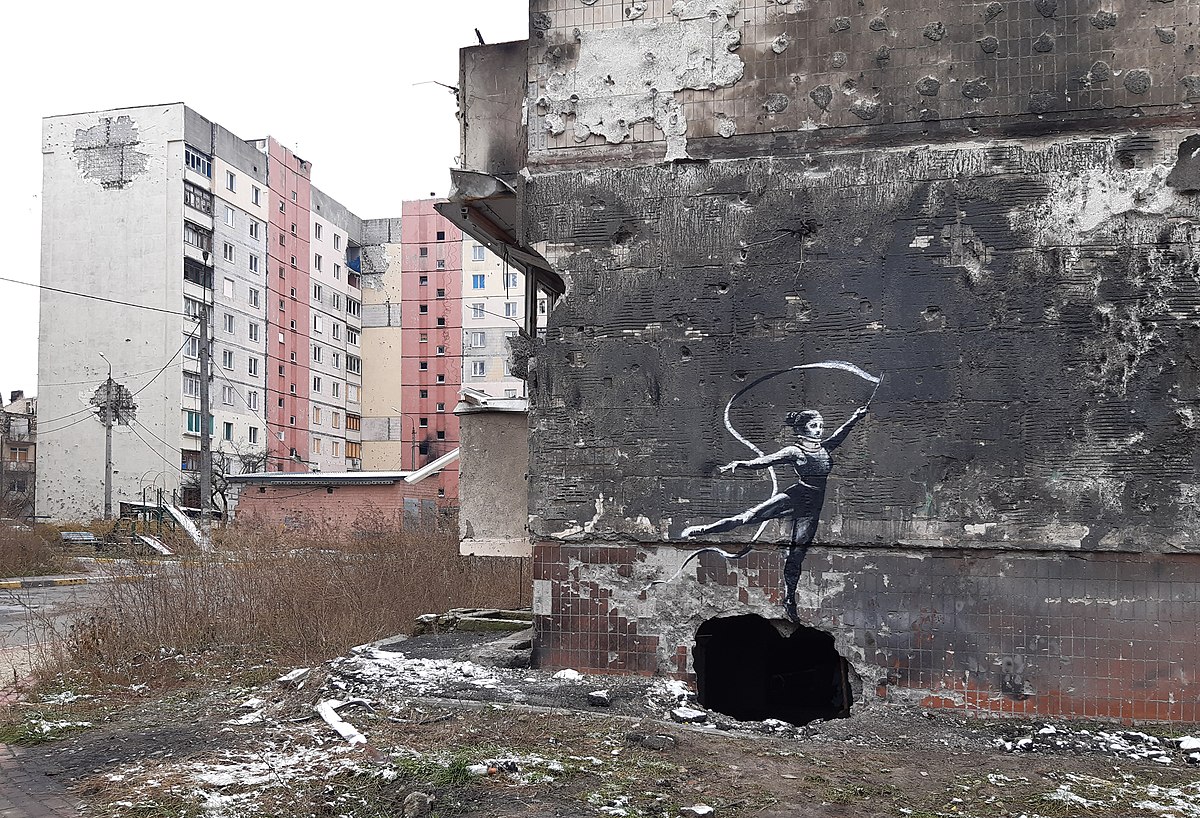 A few days ago, Banksy, a scandalously famous English underground graffiti artist, political activist and filmmaker, unveiled his mural in Borodianka, a Ukrainian village in Bucha Region, which was liberated from Russians this spring. It is an image of a little gymnast girl surrounded by the remains of a bombed house.

Banksy’s works are provocative. Usually, they cause several discussions in society. So, what do Ukrainians themselves think about this piece of art? 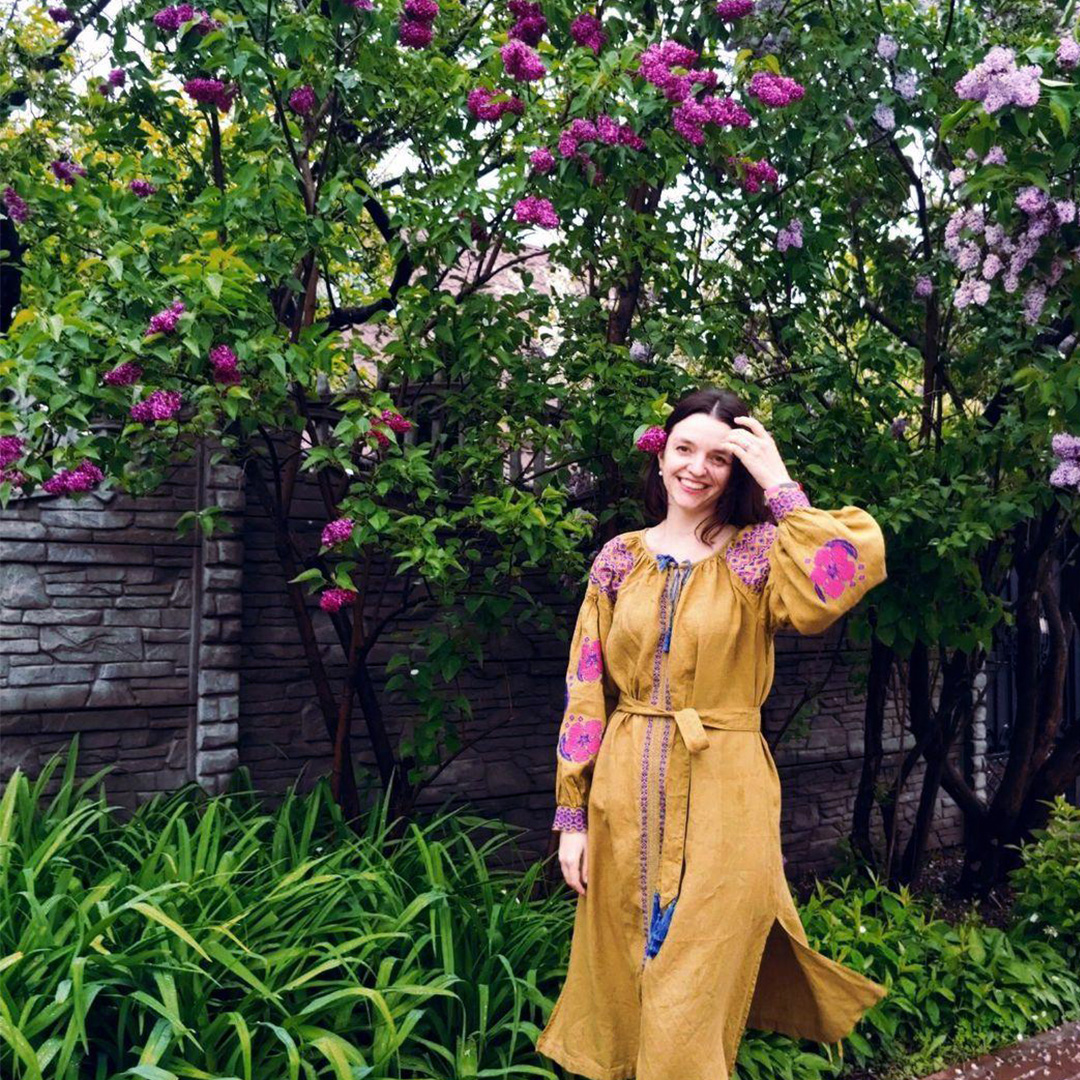 ‘The girl (from the mural, – ed.) performs a difficult acrobatic element, showing that she is unstoppable, just like the Ukrainians’

— ‘For a person outside Ukraine, it is easier to understand the war through art. When we see photos from the war, we block them subconsciously. It is a normal defence mechanism,’ Daryna Wessendorf, a 36-year-old Ukrainian from Switzerland, told us.

— ‘The mural shows the unity of people from all over the world. It shows solidarity and makes it possible to convey all the tragedy and the resilience of Ukrainians through the language of art. The girl (from the mural, – ed.) performs a difficult acrobatic element, showing that she is unstoppable, just like the Ukrainians,’ said Daryna Wessendorf.

Anton, a 29-year-old QA Engineer, is sure ‘Banksy’s work in Borodianka is art in its unique form. An example of friendly countries’ unity (Ukraine and Great Britain, – ed.) in the fight against the invader. Our people (Ukrainians) are unbending and have faith. Destroyed buildings and lives throughout Ukraine symbolise burning rage against the occupier.’

‘We are here; hear and support us, please’ 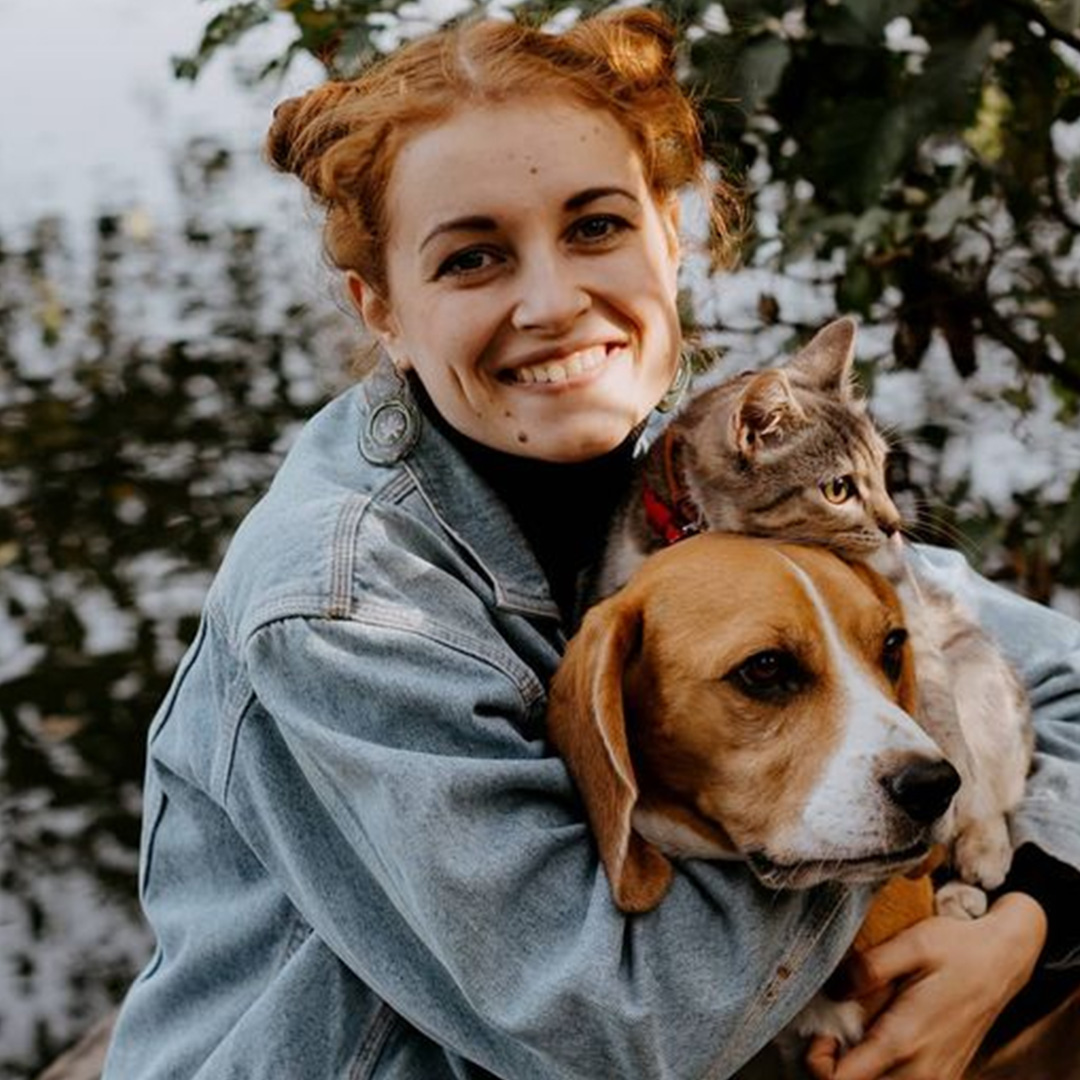 Kateryna Tyshchenko, a psychologist, thinks that ‘the mural is an excellent way to support Ukraine and show a symbol of inflexibility and the fact that we can create something new even on the ruined buildings.

This mural is a symbol of life for me. Also, it is helpful for Ukraine because it is an additional reminder to the world that we are still at war, that people and animals are still suffering, and that our houses have been destroyed. The gymnast girl says, ‘we are here; hear and support us, please.’’ 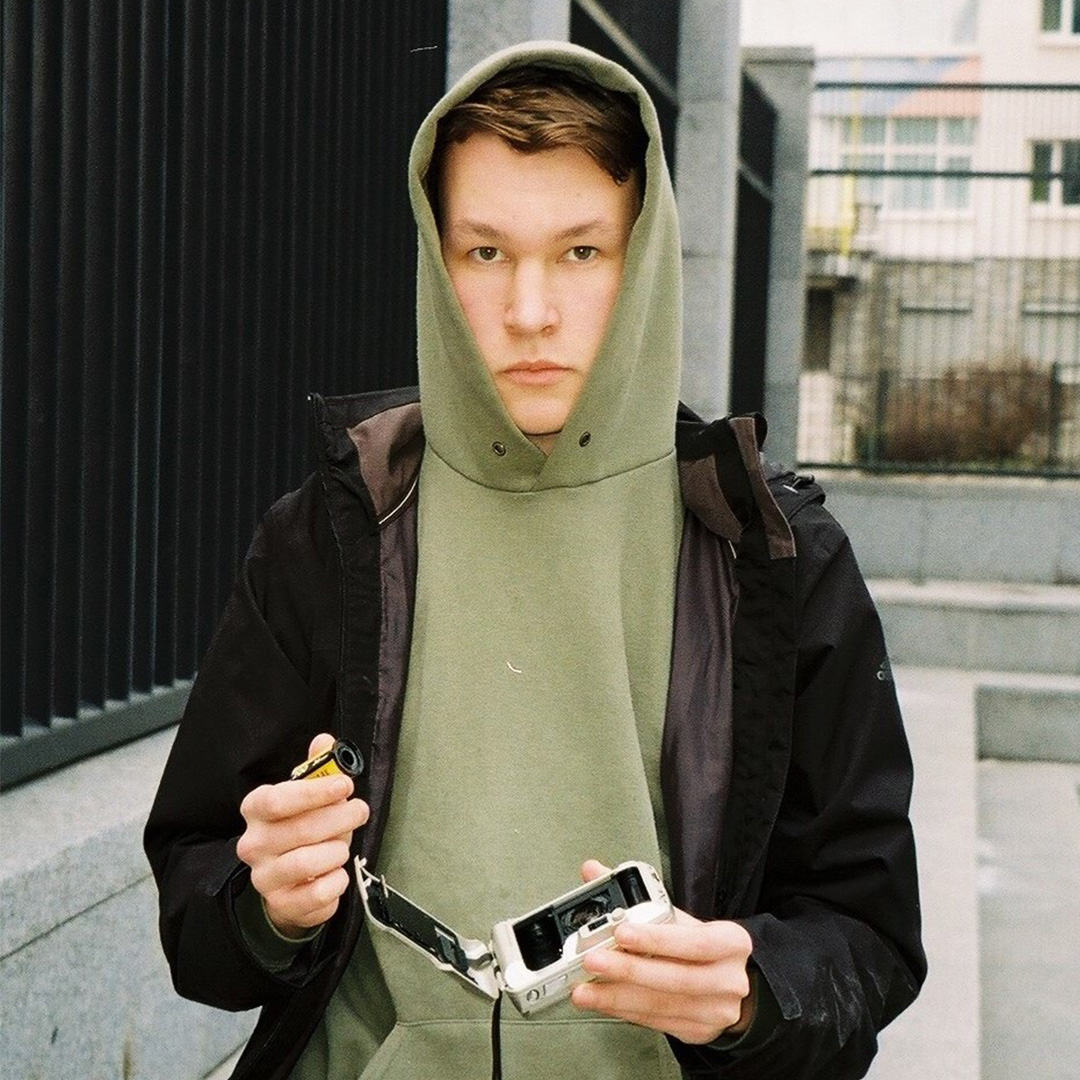 Here is Heorhii Kulik’s opinion, who is a 20-year-old student.
— ‘Banksy’s mural on the ruins of the high-rise building in Borodianka is inappropriate and vulgar.

Creating an art performance at the scene of a tragedy is only appropriate if it helps in understanding the essence of the disaster or its consequences. For instance, we can mention the Memorial to the Murdered Jews of Europe in Berlin to the victims of the Holocaust. It affects the viewer with its scale and, through interaction with the object, makes the observer a participant in the events.

Banksy’s work has no context and no meaning. Such a ballerina could be painted in the United States, but it would not lose its artistic value.

The artist’s use of the ruins of Borodianka looks like a desire to increase the citation of his name in the media at the expense of a human tragedy.’ 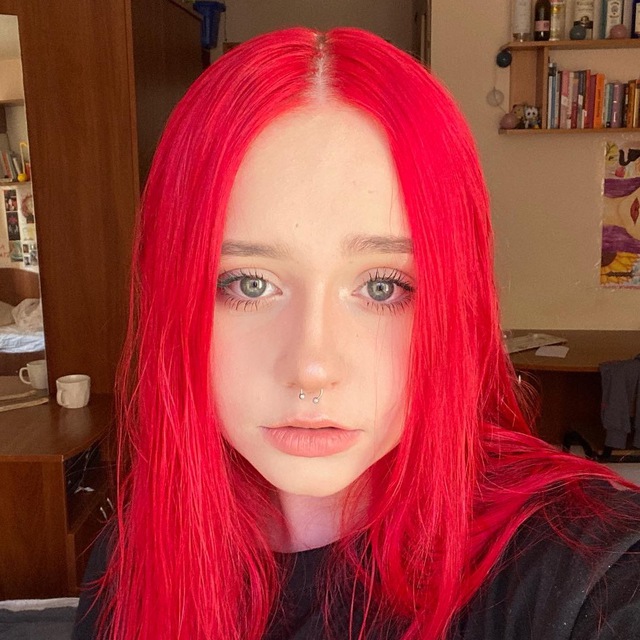 Even though the gymnastic move looks light and airy, it is not easy. In the same way, Ukrainians look happy for the de-occupation of the cities, but it was not given to us so easily

Katia Dehtiarenko (20) is a manager of art projects.

— ‘I am delighted with the art appearing. Now I want to watch ‘Exit through the souvenir shop’ (Banksy’s documentary, – ed.) again because Banksy is an incredible artist who creates art with a purpose. His art has meaning, and it constantly intrigues me. I see strength in it.

The work is not about gymnastics. It is about the fact that despite destroyed houses and lives, we are ready to live. We are ready to dance on these ruins. I think the choice of a gymnast is not for nothing because gymnastics is a challenging sport. Even though the gymnastic move looks light and airy, it is not easy. In the same way, Ukrainians look happy for the de-occupation of the cities, but it was not given to us so easily.’

— ‘Art does not exist in harmony. Art is always about problems; the more we reveal them, the more effective art is. If the world needs to see a gymnast on a ruined building, then the world needs to see her. It is essential to understand that street art is not graffiti. It’s not about meaninglessly painted walls. It’s about art,’ says Katia.

What about the citizens of Borodianka? What do they think about the art appearing? Here is a piece of Valentyn Moiseienko’s post on Facebook:

‘The artist (Banksy – ed.) arrived in Borodianka on Thursday, 10th November, incognito and painted on the ruins of the famous nine-storey building with an arch (Tsentralna street, 253). However, Banksy reported this on his Instagram at 11 p.m. and posted two photos of the gymnast girl. The post has managed to be liked by half of a million people, and the artist’s fans from Kyiv and Irpin are already on their way to Borodianka.

At the following executive committee and session (of the administration of Borodianka settlement, which is the responsible institution there, – ed.) to recognise the graffiti as the community’s property, hang announcements about it near the graffiti and urgently seek sponsors to pay for the glass security fence. (We must decide what to do with the art object, – ed.) When the time comes to dismantle the rubble. Carefully remove this graffiti along with the walls and place it in the future museum of the occupation of Borodianka or leave it as it is.’

So, for now, the residents of Borodianka and the people of Ukraine are waiting for the institution’s decision on what to do with this mural.