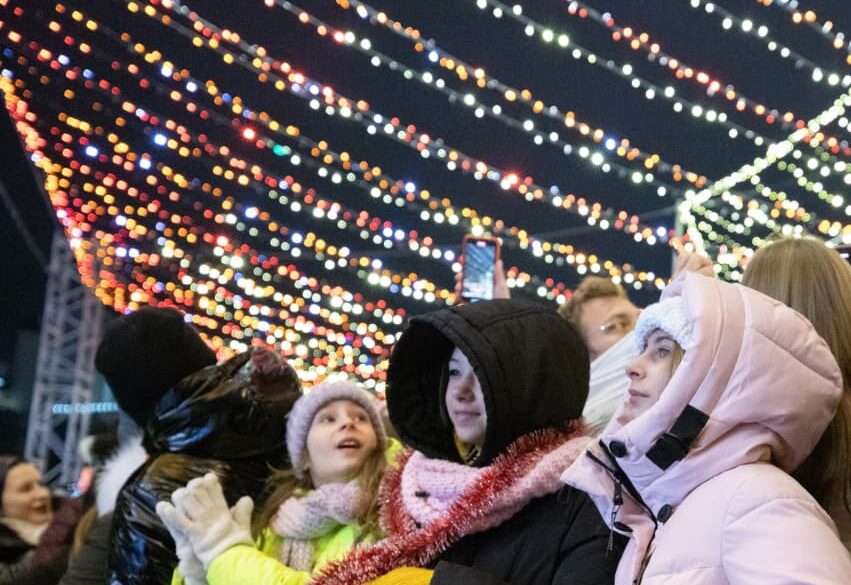 The Ukrainian Mayor agreed to install Christmas trees in Kyiv, the capital of Ukraine. They will be set up in the city, including in central Saint Sophia Square. Nevertheless, there will be no mass events and fairs this Christmas holidays.

‘We do not want to take away St. Nicholas from children,’ Volodymyr Klyshko, the mayor of Kyiv, said on 28 November.

Some businesses will cover the costs of installing Christmas trees and decorations so that the Ukrainian budget can keep many for the war expenses.

‘We understand mass events are prohibited in wartime. And they will not be held in any case. But no one is going to cancel the New Year and Christmas, and the atmosphere of the New Year should be there. We can not let Putin (the president of Russia – ed.) steal our Christmas,’ the mayor added.

The photo is of last year’s Christmas tree on Saint Sophia Square.

Also, Klychko mentioned that ‘a hint that New Year and Christmas do not pass by’ is supposed to appear in several locations in many districts of Kyiv. Although, there won’t be all the traditional Christmas things. For instance, the holidays will be without traditional concerts, fairs, fast food courts, and ice rinks.

Such a decision was made in the mayor’s office after communication with some soldiers on the front line, who spoke in favour of a holiday for children, Volodymyr Klychko noted.