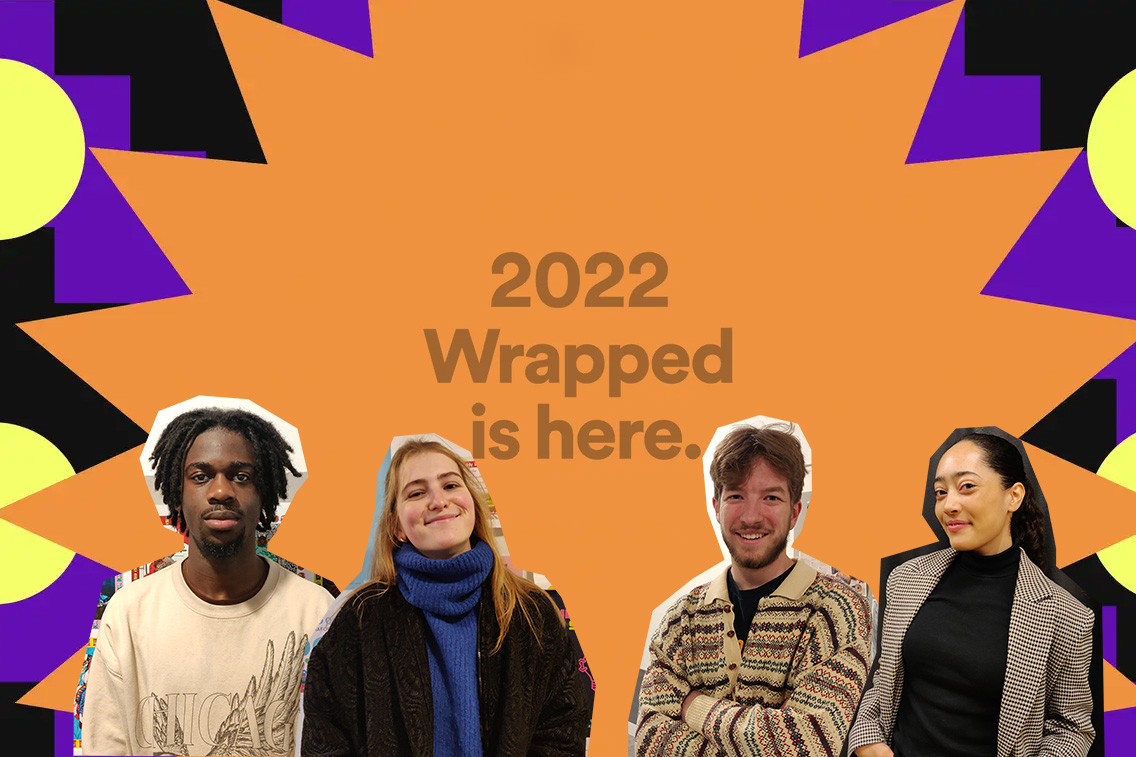 The Spotify Wrapped was hard to miss on social media. The music streaming platform, released the yearly Wrapped on the 1st of December. In a few posts, users can see their favourite song, album, or artist and what their music vibe says about them. Yet, Spotify digs into their users’ listening data to create these.

In ten posts that Spotify published on the home page, users can discover what music they listened to in 2022. Spotify bases these ‘wrapped’ on the records they have from their users’ listening preferences. This year, Spotify added two new subgenres: your listening personality and audio day. Sixteen listening personalities show how you listened throughout 2022. They also created an audio day, which shows how your music taste changes in a day.

The most viral artist globally is Bad Bunny, a Puerto Rican rapper monopolising that spot for the third year, followed by Taylor Swift and Drake. The most-streamed song is As It Was, by the British pop singer Harry Styles. The American comedy podcast The Joe Rogan Experience is the most popular globally. Lastly, Running Up That Hill, written in 1985 by the British Kate Bush, scored the most-streamed throwback song after being featured in Stranger Things, the Netflix sci-fi series, season four.

Students and their Wrapped

‘I like that it shows what I listened to last year and what genres and artists too’, says Mayra Viera Valdés, an eighteen-year-old student. ‘This year, Spotify added the ‘listening personalities’, and I had adventurer(ed. they venture into the unknown, and search for newer tracks), which was surprising.’

Paulo Kianguebeni is also a fan: ‘You may have forgotten what you listened to. Wrapped is showing this and also what you liked most about it’.

That is exactly what Ewout Straetmans (21) likes about it. ‘I always listen to music while going somewhere or cycling. I don’t pay attention to what playlist is being played. Then, Spotify wrapped is a good indication of what you subconsciously like. For example, what I found surprising was to see that Sunroof by Nicky Youre was my most streamed song’, he says.

The Spotify Wrapped was hard to miss on social media. Users shared their personal top five songs and artists in the last 24 hours. One of those people was Kamie Decrem. ‘On Instagram, I shared it with my best friends. It is funny to share it when it shows an embarrassing playlist. Luckily, this year there were only good artists on the list.’

Mayra shares their Wrapped to compare it with others: ‘It shows me who has the same taste as I do; that is why I posted it on Instagram.’ However, for some, it is more than that. Ewout went through a breakup, and he finds that ‘wrapped’ offers a way to tell his friends that without having to say it. ‘Music is a window in your soul’, he says. ‘On the one hand, you could see my interest in French pop in my wrapped, because my girlfriend was from Paris. On the other hand, I had a list of sad and bittersweet songs. If my friends and family see that, they can figure out how I felt during this year.’

Spotify had to look into the data of more than 456 million users, and none got the specific question of whether or not they wanted to share their data to make the wrapped list. Or that is what some might think. Spotify Wrapped is entirely legal.

‘Spotify is very transparent in their privacy policy, but nobody reads it’ – Mieke De Ketelaere, program director Imec

‘When users accept the terms and conditions when they create an account, they accept that Spotify uses first-party data’, says Daan Proost, marketeer at Sprints and Sneakers, a growth marketing agency. ‘They accumulate data connected to the e-mail you use to create an account.’ Mieke De Ketelaere, program director AI at Imec (Interuniversity Micro-Electronic Center) and ICT Woman of 2018, agrees: ‘Spotify is very transparent in their privacy policy, but nobody reads it. Therefore, the user is responsible for their own privacy. Also, Spotify complies with the new European Union regulation concerning data protection.

Students seem to be aware of this. ‘Spotify keeps it clean and doesn’t overdo it, so I don’t think they breach any privacy regulation’, Paulo says. Kamie agrees: ‘You know that many apps use your data when you download them. At least Spotify uses the data in a fun way.’ ‘If you have a problem with the regulation, you shouldn’t download Spotify. There are enough ways to listen to music,’ Ewout concludes. ‘I would say to the people that see Spotify ‘wrapped’ as a privacy breach: grow up and get informed.’