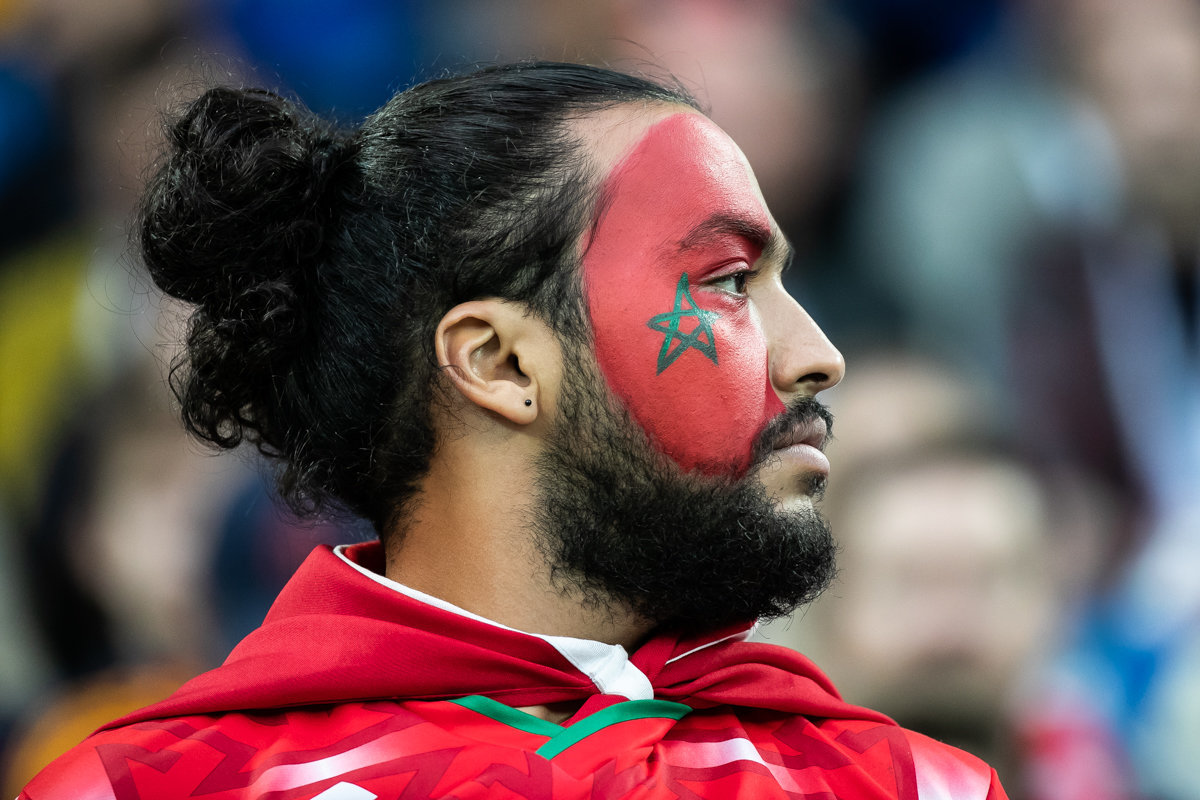 Tomorrow Morocco is lining up against Spain in the round of 16 of the World Cup. The African country has had a fantastic World Cup so far and has been one of the biggest surprises in the tournament. Only once before did the country make it to the last 16 in a World Cup (in 1986). ‘No one could have predicted this performance from the Moroccan team’, says Moroccan sports journalist Haitham Bakkioui.

But the Atlas Lions want more. Their striker Youssef En-Nesyri said that they are not satisfied yet with their achievements and that they will continue with the same level of determination, but is aware of the challenge of beating Spain.

Sports journalist Haitham Bakkioui is confident that Morocco can beat Spain. ‘I believe we have a bigger chance of winning than Spain does. The luck has been with us. If we would have played Germany, I could not see us win. But, for me, Spain is an easier opponent when you are playing defensive football and this is exactly what Morocco does and what we are good at.’

‘For me, Spain is an easier opponent when you are playing defensive football and this is exactly what Morocco does and what we are good at’ – Haitham Bakkioui

‘We will see Spain dominate possession, but Morocco will have a strong defensive block and will barely leave spaces for the Spanish team to play their usual game. On the counterattacks, we can hurt them, as defensively Spain has been having some difficulties. If we score our chances from the counters we will go through to the quarter-finals, but if we miss those chances, Spain will proceed,’ says Bakkioui.

According to the sports journalist, it will be Spain’s priority to score the first goal, and if they manage to do so it will be very difficult for Morocco to win as Spain will lock up their defence. Japan’s victory over Spain also brings some added belief. ‘It is a match the Moroccan team will be watching over and over, but Japan has different strengths. Japan has the kind of players who can move the ball well and outmanoeuvre their opponents on the attack, whereas Morocco will struggle with this. That is why it is important for us to score the first goal,’ explains Bakkioui.

In August Morocco fired their Bosnian head coach Vahid Halilhodzic after multiple problems between him and his players. Chelsea’s Hakim Ziyech and Bayern Munich’s Noussair Mazraoui both refused to play under Halilhodzic. Fouzi Lekjaa, President of the Royal Moroccan Football Federation, said that: ‘The national team cannot exclude Moroccans playing at the highest level all over the world, for whatever reason. Neither players nor fans understood the reason for excluding players who had spent six or seven years with the national team. The relationship between the players and the coaching staff was neglected, as was their motivation to do their very best. That should be the coach’s focus.’

Lekjaa then appointed Walid Regragui as the head coach, who had recently won the African Champions League final with Moroccan club Wydad AC. Regragui has been praised for uniting the national team, bringing stability into the dressing room and most importantly for the results on the pitch as they are unbeaten under his wings. ‘Everyone in Morocco was afraid that this World Cup would be a big failure,’ says Bakkioui. ‘He only had a couple of weeks to prepare for this tournament but he has been really smart. He pretty much kept the same squad and only brought in some new additions and players like Ziyech and Mazraoui whom he had to bring back from the federation. But it is good for the team to have them back.’ 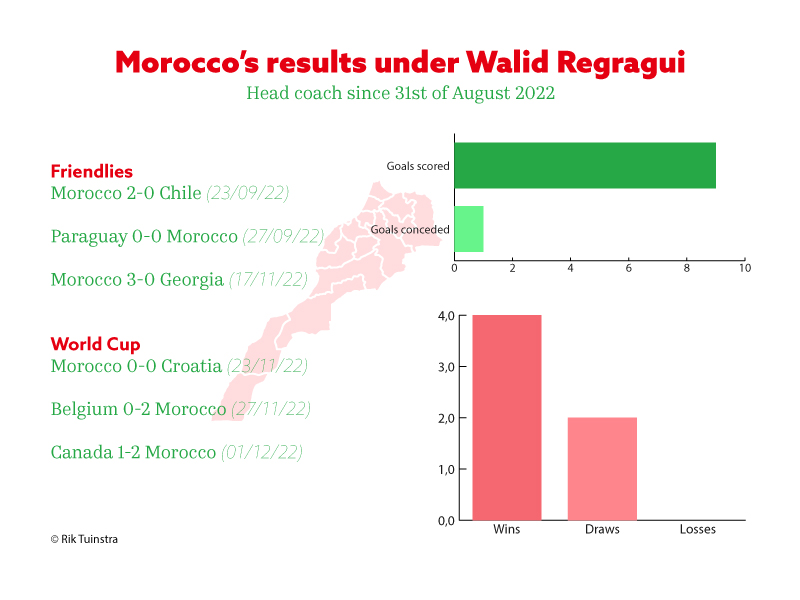 ‘The team spirit has changed massively. Players are fighting until the final whistle’ – Haitham Bakkioui

‘The team spirit has changed massively. Players are fighting until the final whistle. We have seen Hakimi and Mazraoui play through injuries and we really see a desire from everyone to play for the national team. It is an enthusiastic group and there is a good relationship between all the players and the staff members. This is something that was missing under the previous management and something we have not seen for a while’, says Bakkioui.

Another key to Morocco’s success so far is the time spent analysing their opponents according to Bakkioui. ‘Analysing the opponents is one of the main priorities. The players watch a lot of videos before every game and this did not happen under the Halilhodzic.’

According to a survey by Moroccan market research firm Sunergia, 18% of Moroccans believe that Morocco will be crowned as World Cup champions. Moroccan Thomas More student Anass Saissi Hassani is excited and nervous about the match against Spain, but believes a semi-final could be a possibility. ‘I have a lot of confidence in the team. They are crazy fighters and Moroccans have that spirit that comes out in certain moments that makes them give 200% of themselves. So I think we have a big chance to go through.’

The match between Morocco and Spain will be played at 4pm on Tuesday, December 6.

The Quarter-Finals are starting to take shape 👀#FIFAWorldCup | #Qatar2022