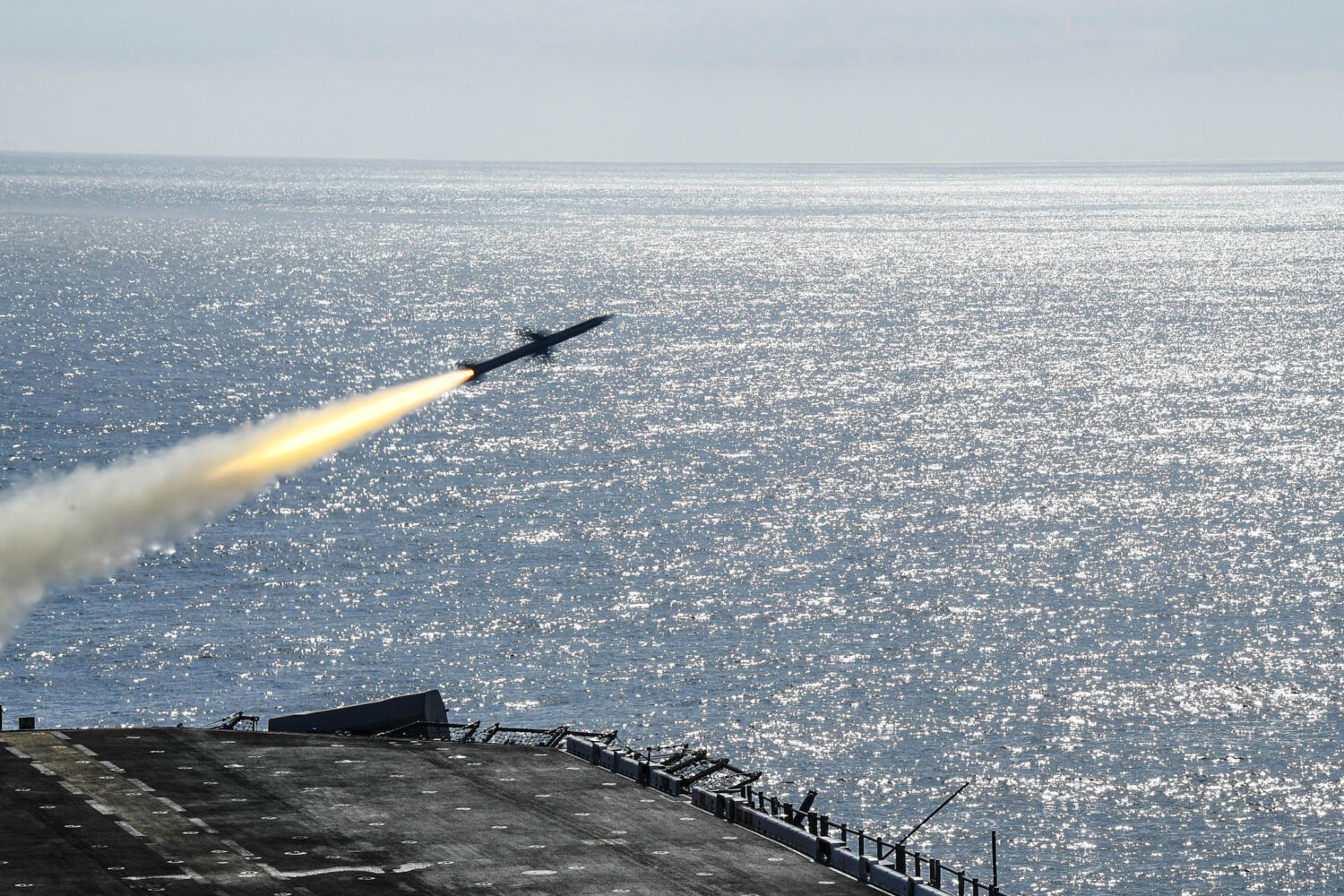 Just last month, North Korea launched three missiles towards Japan, which eventually ended up landing in the sea. Some three weeks later, an intercontinental ballistic missile fired from North Korea also ended up in the sea. But what effect does that and other sounds have on marine life?

Alongside missiles ending up near or in the sea, also noisy cruise and cargo vessels and the process of building wind parks have negative effects on the marine environment. This leaves marine life constantly exposed to lots of sounds which can have a great impact on them given that several marine species survive thanks to their hearing system.

Most animals underwater use their hearing system as the main way to obtain information from their surroundings. Clea Parcerisas, a PhD-researcher who studies underwater sounds and their correlation with marine fauna at the Flemish Institute for the Sea (VLIZ) in the framework of LifeWatch Belgium, explains the importance of these hearing systems: ‘Mammals for example use it for echolocation: this is a very sophisticated sonar system. For dolphins, it is their primary sense, their way to ‘see’, since their vision is quite often not so good. So in order to get information, they send out pulses and in return, they get an echo from which they can derive necessary info on what objects are in front of them, how close they are, which shape they have, etc. In other words: it is extremely important to them.’

Mammals don’t only use their hearing for echolocation, but also to communicate. This is especially important for solitary mammals who need to be able to communicate when it is mating season. ‘Since the sea is very big, it can be quite difficult to find a partner. When they need to mate they call each other and move in that direction because they are equipped with very highly developed sound receptors that enable them to locate where the sound is coming from,’ explains Parcerisas.

Hearing impairment
In the case of missiles: there are different kinds and not all of them will explode under or even above water. But they will all have an impact on sea life, given that the sound of them flying, the sound of them hitting the water and, if there is one, the sound of an explosion on nearby land or underwater will have temporary or permanent consequences to marine life.

Parcerisas: ‘There are different ways sounds can have an effect on sea life, one is for example masking. This means that there is a sound that is too loud which will mask the sounds the animals are producing. Consequently, this can affect their echolocation and communication, which can result in them getting lost, not being able to hunt or in them not being able to find each other and mate.’

Masking occurs when there is sound produced at the same time than another. Therefore, the risk of masking for marina fauna is higher in case of continuous sounds that are spread through time. The longer sound is present, the higher probability of it masking animal communication. In the case of missiles: one explosion only takes seconds, so it will create a masking effect, but only for the amount of time the explosion will last. ‘If suddenly an environment would be exposed to continuous bombing, this would of course increase the risk of a masking effect on animals,’ adds PhD-researcher Clea Parcerisas. Also missiles ending up on nearby land can cause damage. ‘An explosion next to the sea would probably also have an effect on sea animals, since sounds also propagate through the earth, enter the water column and propagate further.’

‘Hearing impairment will interrupt the echolocation, which means the mammal will become ‘blind’’

Becoming deaf
Next to masking, there are other temporary and permanent effects. A permanent effect can be death because of the pressure wave that is caused by a very intense sound. ‘It is comparable to when you’re in a club, you’re too near to the sound box and you feel the pressure waves inside your body. These pressure waves are the sound itself, and if they become too intense, you can get internal damage and that is what can happen when a missile explodes and produces an intense sound wave. Even if the sound doesn’t kill, it could still damage the inner organs of sea animals which eventually could reduce their chances of survival,’ according to Parcerisas.

Another permanent effect for animals who have hearing systems is deafness. There are different levels, from a little hearing loss to complete deafness. ‘In some cases, deafness can only be temporary, also comparable to when you go to a club and your hearing is impaired for a few hours because you were exposed to loud music for a while. A mammal becoming temporarily or permanently deaf depends on the strength and duration of the sound.’

Just like in the case of masking, hearing impairment will interrupt the echolocation, which means the mammal will become ‘blind’: it will not know what is in front of them so it is impossible to hunt and orientate which can result in death. Secondly, they will not be able to call for a partner and mate. If this happens over a long period of time, it can become dangerous for the reproduction of certain species, especially if these species are already on the brink of extinction.

Wind parks
Loud sounds can also scare animals, trigger an increase in their stress levels and bring about a change in their behavior. ‘During field tests on newly built offshore wind parks, it has been seen that dolphins swim away by jumping on the water whilst piles are being hammered into the sea, changing their regular behavior,’ notes Parcerisas. ‘So wind parks create green energy, which is good, but during their construction phase, they produce a lot of noise which has a bad impact on sea animals.’

Higher stress levels in sea animals make them less efficient, which has an impact when it comes to hunting. The stress will also have an impact on them wanting to mate. Depending on the moment of the year the stress level occurs, if it is mating season or not, this can be very dangerous and lead to a decline in populations.

‘Therefore, it is for example not allowed in the North Sea to hammer down piles during breeding season of harbor porpoises, a marine mammal that has the looks of a dolphin. Next to this, there are big campaigns in Canada for captains to slow down their ships when they navigate into areas where it is known for groups of whales to appear. Slowing down reduces the noise that is created by the ship and therefore has less impact on the whales. We really need to take care of our sea life in order to prevent the extinction of species and also to prevent climate change from getting worse,’ concludes Parcerisas.