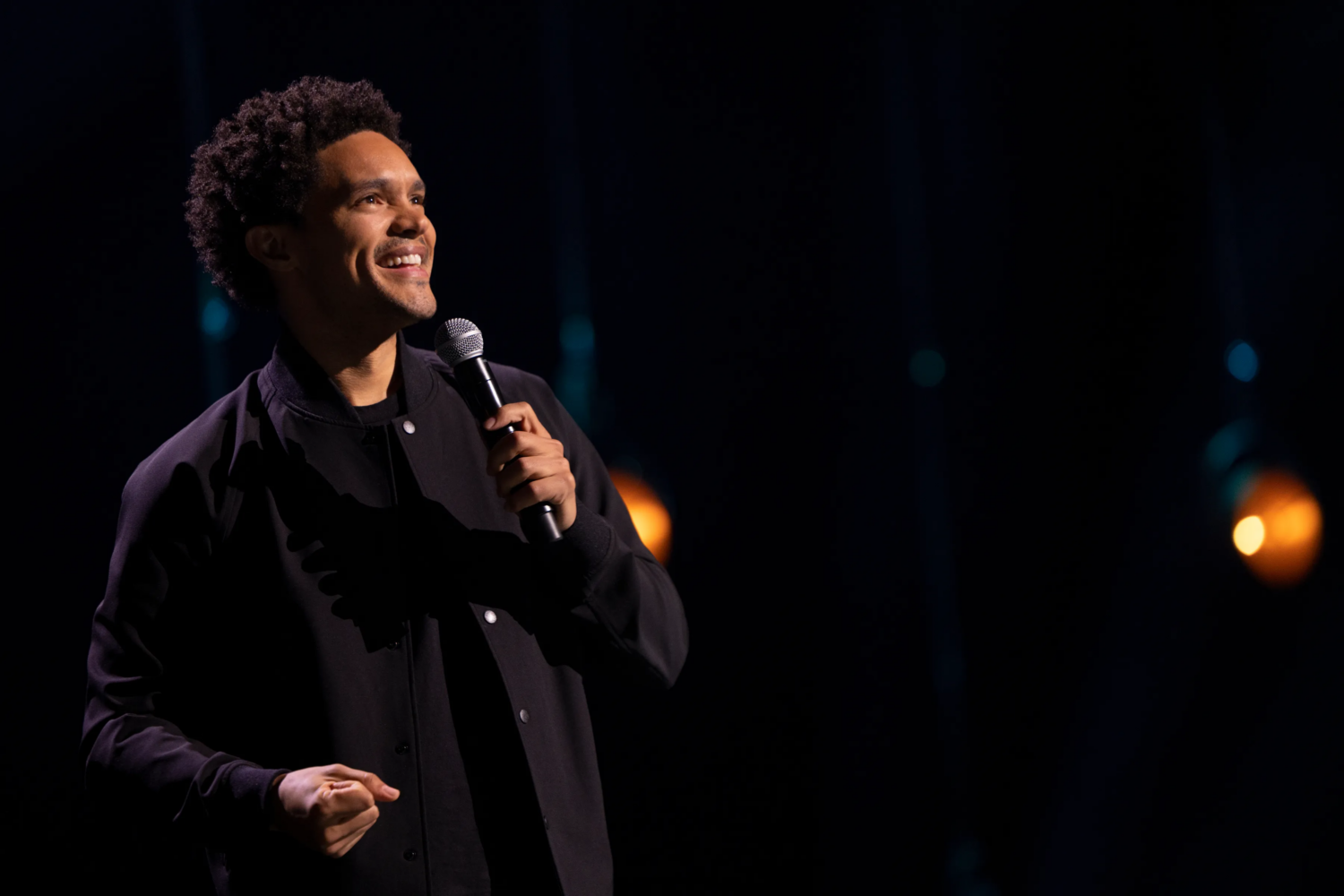 Trevor Noah’s latest Netflix Comedy Special ‘I Wish You Would’ is two-thirds disappointing, one-third excellent, in that order. Just wait for the funniest bits to appear on YouTube.

The first minutes of I Wish You Would, the newest Netflix Comedy Special by Trevor Noah, the viewer is treated to a montage of sound check footage, a risky directing choice that successfully invokes intrigue. As the montage picks up speed and launches into the show, the intrigue makes way for anticipation. A personal anecdote leads smoothly into the first bit, only to strand in dragged-out and predictable “German sounds like Hitler” jokes that have already been done a million times or more over the last half a century.

A look at the German term Schadenfreude in light of the Little Mermaid controversy invokes a good chuckle, but doesn’t feel anywhere near funny enough to justify what led up to it. Next follows a smoothly connected section of alternatingly cheap, underdeveloped or outdated jokes dealing with the Royal Family, the Covid pandemic and conspiracy theories. Funny moments do occur but they again fail to justify what happens around them. Particularly jarring is Noah taking shots at relationships between couples, and parents and children. Jokes about wishing death upon your partner or parents only loving their children because they only see them a few hours a day are among the worst things we collectively decided to hold on to since the 1950s.

The show does pick up in quality from here, but it’s worth noting that this happens only around halfway into the hour-long show. The following bit, dealing with the perceived funny voices of American presidents has good potential, but Noah seems to misjudge the pacing entirely. He repeats the premise, “no American president has a normal voice”, so many times throughout that it becomes distracting, feels repetitive and the meat of the joke doesn’t get the breathing space it needs. He ends on a dragged-out Trump imitation that amuses but that he has done a lot over the last years and thus doesn’t really bring anything new to the table.

The final section of the show is genuinely funny, but the lead-up is clearly tailored to the Canadian audience in the theatre where the show was filmed, and might not really land for a global audience. A non-Canadian can gather from context that “India Gate” refers to Canadian Prime Minister Justin Trudeau’s botched 2018 state visit to India, but without the background knowledge and emotional connection to the facts it feels like sitting in on the one person you know at a party recounting anecdotes with their friends. Then, finally, the viewer gets the Trevor Noah they hoped to see from the beginning. A well-paced bit revolving around eating curry that takes us from Noah’s childhood to his successful comedy career, featuring the colourful characters he met throughout his life. Noah effortlessly gets funnier by the line, sprinkling heart-warming moments throughout, topping it off with his signature flawless and varied imitated accents. Finally the climax manages to retroactively make what came before it even funnier, the hallmark of a well-written, well-executed comedy routine. However, even this rewarding closing part gets dragged down quite a bit by Noah casually joking about child abuse and repeatedly yelling “kill yourself” at a hypothetical person for not liking spicy curry, which feels completely misplaced during a global mental health crisis and the taboo that keeps us from truly doing something about it.