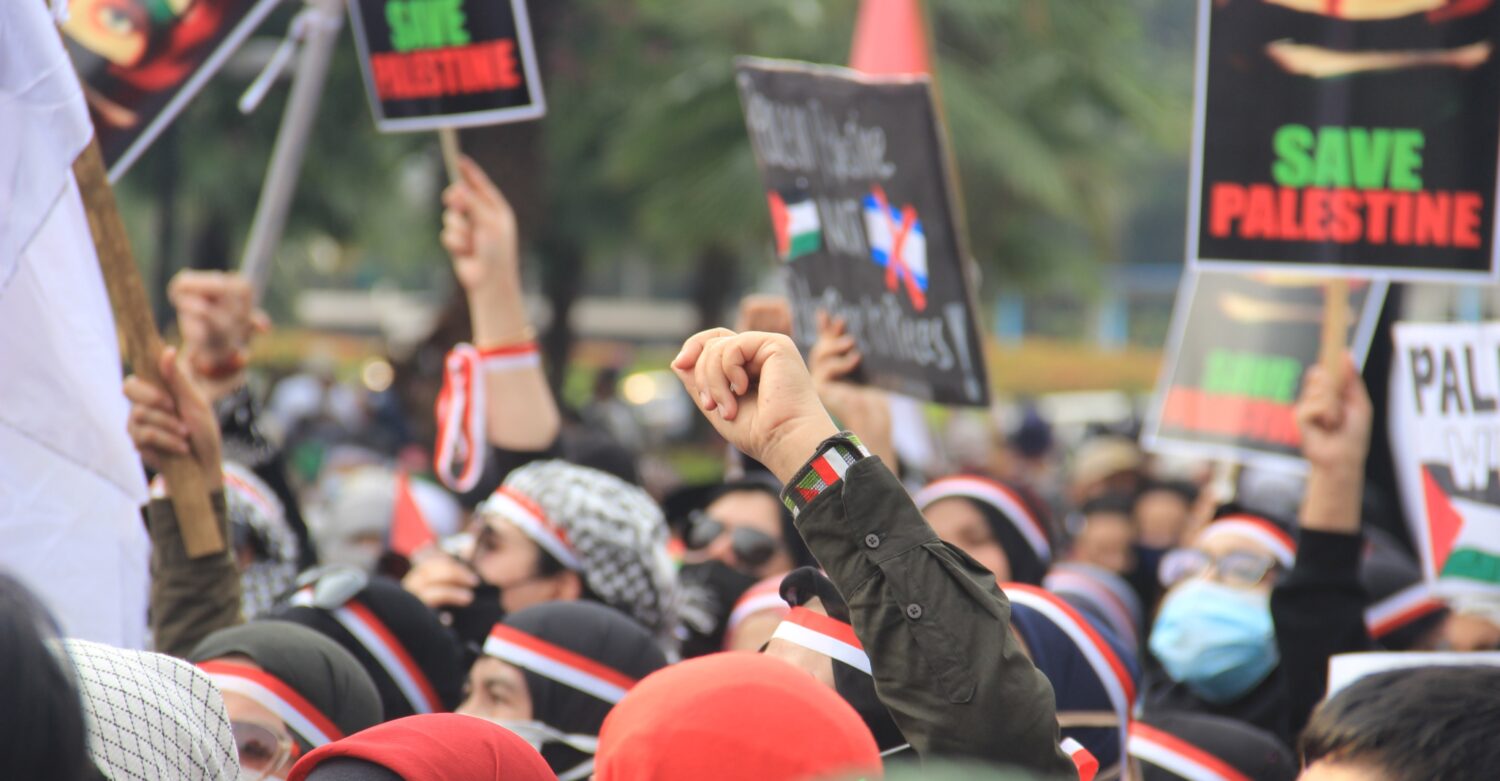 So far, 2022 has been the deadliest year since 2006 for Palestinians in the occupied West Bank, according to a United Nations (UN) news report. Last year saw a huge surge in Israeli-Palestinian violence, resulting in the deaths of at least 197 Palestinians and 25 Israelis.

Tensions between Israelis and Palestinians continue to fuel one of the world’s most long-lasting conflicts. Jews who were fleeing persecution in Europe in the early 20th century wanted to build a Jewish state on the territory that they considered to be their ancestral home. That territory was Palestine. Israelis and Palestinians are still unable to agree on who owns what land and how it is controlled. The Gaza Strip and West Bank are two Palestinian territories that were occupied by Israel during the Six-Day war in 1967, with the Palestinians hoping to make these territories part of their future independent state.

Why did the conflict escalate?

Currently, Palestinians are forced to live under Israeli control. In an attempt to stop armed groups that plan violent action against the occupants in Palestinian territory, Israeli authorities conduct raids and make arrests almost every day. During such attacks, the army fires live ammunition, frequently killing or injuring locals, including bystanders. Israeli authorities ‘often use firearms against Palestinians on mere suspicion or as a precautionary measure, in violation of international standards’, according to the UN.

The UN states in their report that ‘Israel’s occupation of Palestinian territory is unlawful under international law due to its permanence and the Israeli government’s de facto annexation policies’. In the report, the UN sheds light on the numerous human rights violations perpetrated by Israelis against Palestinians, such as poor access to clean and affordable water, killings of children and destruction of Palestine-owned property. The UN is calling for urgent international action to solve the conflict on the basis of a two-state solution.

Bashir Youssef, a 20-year-old Palestinian refugee, now lives in Belgium but still stays in contact with his family in Palestine. Some of his relatives died. Others are trying to survive the Israeli attacks by sticking together: ‘Palestinian families are large so you know all your cousins and your uncles. If there’s an attack, they all gather together and hide at someone’s house away from the bombing. Even though you can’t really hide – Gaza is really small – but they are just trying to survive the war.’

‘Sometimes Israeli warn before blowing up a building. But when they know that there’s someone inside they want to kill, they don’t care,’ says Bashir. He believes that military equipment gives Israeli a big advantage over Palestine: ‘Israelis claim that Palestinians fire rockets while they have very advanced technology, the billions of dollars backed up by the US. Palestinian missiles are handmade just to defend themselves’.

What causes the most conflict between Israelis and Palestinians on a daily basis?

Bashir says that most of the conflicts come about because Israelis are trying to get Palestinians out of their homes and destroy their property. The UN also mentions in their report that demolitions of Palestinian-owned buildings this year have resulted in the displacement of 81 Palestinians, including 26 women and 47 children. The demolitions are carried out due to the lack of Israeli-issued building licences, which are, in practical terms, hard for Palestinians to obtain.

Other conflicts happen because Israelis act disrespectfully and break into mosques. The Al-Aqsa Mosque was at the centre of conflict between Israeli settlers and Palestinians in April 2021 during both Passover and Ramadan. In violation of a treaty between Israel and Jordan, Jewish settlers went inside the mosque, which is usually off-limits to non-Muslims, to pray and read from the Torah, the first part of the Jewish bible.

‘At their holidays they always show the most disrespect. There are always Israeli children screaming: ‘Death to Palestinians!’ and then at the same time they claim they’re the victims. They all know that this country before 1948 was Palestinian,’ says Bashir.

‘I live in constant stress and fear. Every time I drive a car, I have the fear that another passing car is with settlers who will throw stones at me or soldiers will come out of nowhere,’ says Inés Haj Ali, a 29-year-old Palestinian student. Inés studies Digital Media and Communication at Al-Quds University, one of the Palestinian universities. Inés lives in Nabulus, a Palestinian city in West Bank, located about 50 km away from the campus she studies at. Inés calls her everyday way to classes an ‘appointment with death’: just the day before the interview, for instance, she couldn’t make it to a class because Israelis were shooting the cars of Palestinians.

Who does the West support in a conflict?

‘Every time I see people dying there and when my relatives talk with me, I get angry and sad because I can’t do anything,’ claims Bashir. The only way Bashir can help his family is by making everyone know about what Palestinian people have to go through via social media. But even this tool does not always work. Bashir noticed that every time he mentions Palestine in his posts, social media algorithms do not act in his favour. ‘There are platforms like Meta that block everything that’s connected to Palestine, which is weird. Every time you tell them about it, they say it’s a bug or a mistake. Anyone who posts about Palestine gets reduced reach and can get blocked from posting and sharing. They hide everything. You can see how strong it is now to use social media to tell people the truth,’ he says.

Meta is indeed known for ‘shadow banning’ the content on its platforms that is not in line with the Democratic party agenda. Biden, the US President and the leader of the Democratic party, has been a long-time Israel supporter. The United States is now one of the four countries in the world that have Israeli embassies in Jerusalem. Kosovo, Honduras, and Guatemala are the other three countries that locate their Israeli embassy in Jerusalem instead of Tel Aviv as a way to demonstrate their recognition of Jerusalem as an Israeli capital which, Palestinians believe, contradicts international law.

Recently, the news broke that the new British Prime Minister Rishi Sunak has called Jerusalem the ‘historic capital of Israel’ and pledged to move the UK embassy of Israel there from Tel Aviv. This followed the decision by his predecessor from the Conservative party, Liz Truss, to do so before she resigned. The UK’s announcement was not appreciated by the Palestinians but was also no surprise for them. ‘Every time a far right wing government takes the lead in any country, they take such steps against Palestinians so it’s not very surprising for us,’ says Inés Haj Ali, a Palestinian student.

By contrast, Australia recently announced the end of its support for Israel in the conflict. Australia’s centre-left Labour party dropped the decision taken by a previous government to relocate the Israeli embassy to Jerusalem in October. ‘I believe that Australia’s decision will open the eyes of other countries’ governments and communities to see the reality and know more about the conflict here in Palestine and follow Australia’s steps of not recognising Jerusalem as the capital of Israel because it’s not. Jerusalem is under a conflict and by international resolutions is not determined to be Israel’s capital,’ claims Inés.

In light of the Russia-Ukraine conflict, Bahir said he felt both empathetic toward Ukrainians and frustrated because Palestinians have never had as much support from the West or as much media attention. ‘The Israeli-Palestinian conflict has been going on for longer and it’s been even worse. Ukrainians at least have the land that they own and an army. If people stopped talking about Ukraine, everyone would ask why. It’s not just a trend that you talk about for some time and then shut up’. Bashir believes that the West’s double standards show their hypocrisy and ignorance in cases that bring them no gain. ‘I hated it when Russian football teams were restricted from playing. They always say there’s no politics in sports. But if football players are celebrating and raising a Palestinian flag or talking about Palestine, they get banned,’ he says.

Besides the Russian-Ukrainian conflict, human rights violations in Iran made the headlines this year. In September, the death of an Iranian woman broke the news. Mahsa Amini, who was allegedly stoned to death by the morality police for ‘improperly wearing the hijab’. Mass riots and protests against the state system then began in Iran. Like Bashir in the case of the Russian-Ukrainian conflict, Inés accuses the West of bias in the choice of those they stand up for: ‘They are choosing whose human rights to defend. Western countries fighting for Iranians is only about the political situation in which Iran is now a threat to them, especially the United States. If there are riots in Iran, this is to the advantage of Western countries Why do you talk about Iranian women but not Palestinian? For me it’s not fair,’ Inés claims.

What is the solution?

As for the possible solution to the conflict, the UN sees it as a two-state compromise with the independent State of Palestine and the State of Israel coexisting. Bashir thinks that the two-state solution is the most logical and peaceful one but he does not believe that it is on the cards: ‘Israelis want to eliminate Palestinians and control everything, at least the most important part which is Jerusalem. They can’t let go of Jerusalem and Palestinians would never do that because it has all the holy places for Muslim people in the world. It will always cause a conflict’. Inés agrees that the signing of an agreement on the formation of two independent states could be a solution to the conflict, but at the same time considers this scenario unrealistic because Israel is opposed to giving the occupied territories to Palestine.