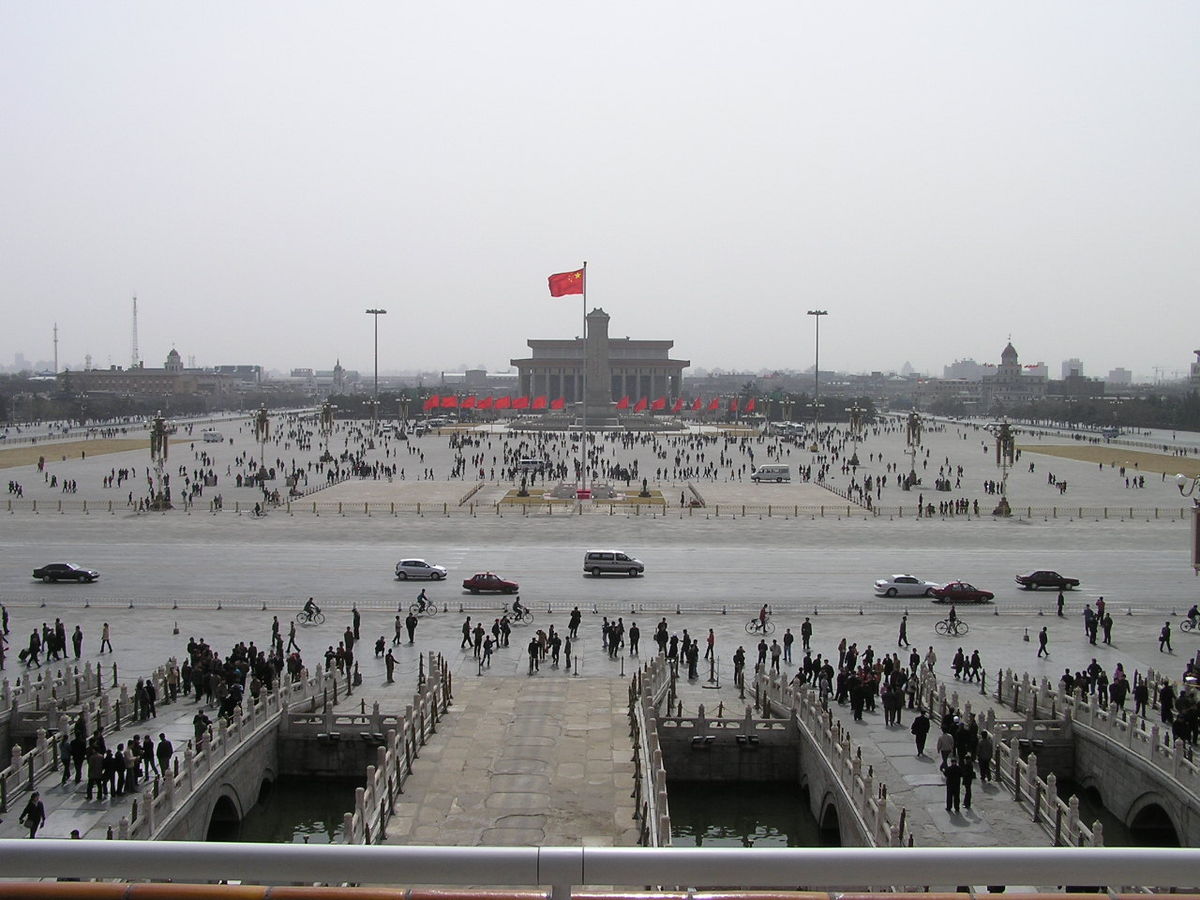 If you’ve read our previous article ‘The Great Firewall: internet censorship and social media in China’, you may already know that many Western social media have been blocked in China. This is because the Chinese authorities want control over everything to prevent chaos. Western social media don’t allow that kind of monitoring and control, so China kicked them out and developed its own social media platforms.

Sinologist Jade Van Overmeir clarifies: ‘China blocked twitter because of the protest, but there’s a big possibility it was just convenient for them. Maybe they wanted to get rid of Twitter for a long time, and the protest was the perfect excuse to actually block them.’

Journalist Stefan Blommaert gives us some extra information: ‘If the Chinese government sees a small risk of losing control, they block it. They don’t want an open forum for civilians to communicate to each other, like Twitter.’

After Twitter was blocked, Weibo was launched. It’s basically the same as Twitter: you get a certain amount of characters to display your thoughts. Different from Twitter is that people tend to post more about their personal and family lives, rather than voice their opinions.

Modest demands
In 1989, student-led demonstrations were held in Tiananmen Square in Beijing. Roughly estimated, nearly a million students and other civilians took part in these demonstrations. The protests started on 15th April, but were forcibly suppressed on 4th June when the government sent the military to occupy central parts of Beijing.

Stefan Blommaert was there to witness the protests from mid-May until the third week of May. ‘The initial demands were limited and very modest. In the beginning, mostly students occupied the Tiananmen square, where the protest happened’, Blommaert shares, ‘The protest originally started to honour a former party leader, Hu Yaobang. Yaobang was open to small experiments with democratic reforms. But soon, students began protesting to highlight Yaobangs’ ideas and ask for more freedom. They wanted to be able to make decisions about their curriculum and grade professors.’

‘Over time, the demands grew bigger and bigger. There were some radicals that demanded a democracy, but no one ever asked to overthrow the whole system. The students often demanded meetings, to be listened to. But before it could come to that, the protest was supressed’, Blommaert says.

Like a festival
‘The protest had gotten so big, it wasn’t just students anymore. Civilians, workmen and even government officials joined the protest. People from everywhere joined the protest, it wasn’t just in Beijing anymore, also in other cities in China. Like the government is today, it was obsessed with control back then and feared it’d lose their power and control. The authorities thought the whole Communist system would fall apart, so they stopped the protest.’

‘It was such a peaceful protest, though. It almost felt like a festival. Without music, even though people frequently sang. When you talked to a student, they didn’t even believe how much of a success the protest had become. The ambience was really enthusiastic and everybody was so happy with the international attention their protest was receiving.’

‘But you could always feel the threat. In the weeks leading up to the incident, there was never a lot of law enforcement surrounding the square. Some policemen were walking around, but they weren’t armed. But outside of the city centre, you could see more and more army trucks arrive. Trucks filled with soldiers and closed off lorries filled with, what you could expect were, weapons’, Blommaert remembers, ‘You could feel the tension rise. You knew something was about to happen. Or the students would win, or a suppression would start and it would end in a massacre. Sadly, the second one became reality.’

‘On the square itself, almost nobody was killed. The square was almost completely empty by the time the first tanks arrived. People fled into the streets surround the square, that’s where most of the casualties were made. The government just started shooting around.’

A new massacre?
The Tiananmen square Massacre is also completely blocked in China. You cannot find anything related to the protests that were held there. If you look up Tiananmen Square, you won’t find anything besides some pretty pictures of the square. ‘What happened on Tiananmen Square is kept silent by the government and they’re doing a good job, because almost no youngsters know about the events that went down. ‘

When asked if a new massacre can happen, Blommaert responds: ‘There’s always a possibility. But the Chinese authorities don’t have any gains if it would come down to that. If that happens, sanctions will follow, China will be isolated again. The whole reform movement and economic grow will be undone. They need their economic grow to keep the civilians happy, because civilians mostly care about their standard of living and their economy. If the civilians are happy, they can continue their autocracy. So I don’t think a massacre will happen again soon.’