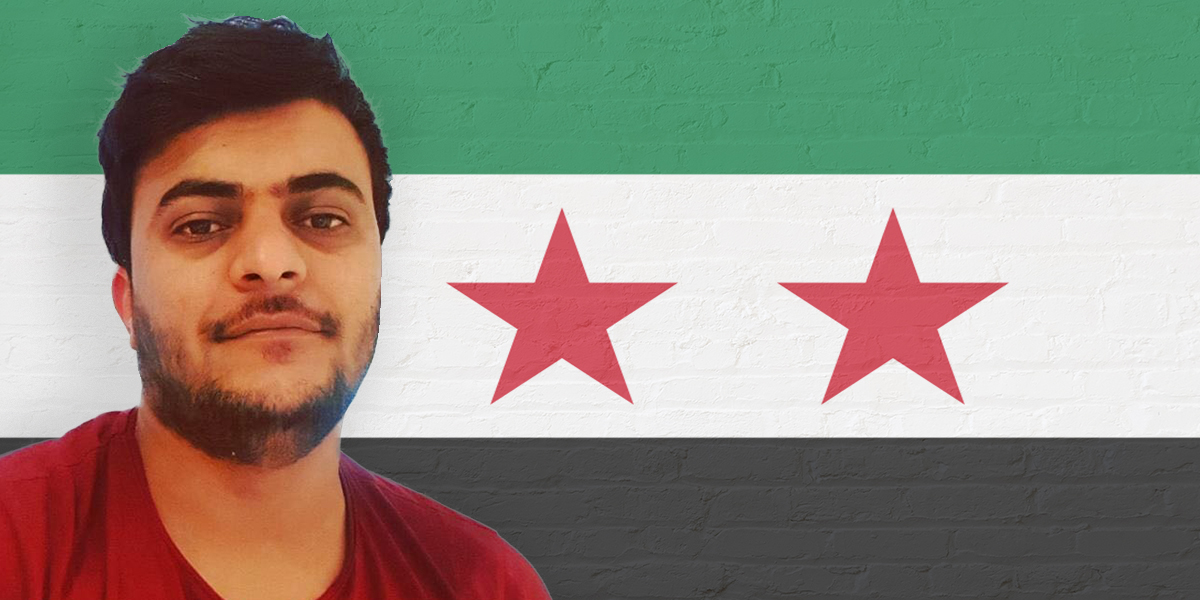 Ever since the Syrian war started in 2011, over 5.6 million Syrians have fled their country. In 2018 3.702 Syrians came to Belgium, asking for the status of refugees. As the war rages on today, more and more people are affected. Syrian student Zain Muhammed* (26) fled to Belgium six years ago: ‘The hope for Syria is slipping through our fingers.’

A short recap: in 2011 a civil war erupted in Syria when Syrians protested against the regime of President Assad, who in his turn, violently tried to suppress the uprising. The situation resulted in international conflict with lots of forces fighting on different fronts.

Earlier this October 2019, the United States announced a withdrawal of their troops from the north of Syria, thus abandoning their Kurdish allies (YPG), who helped the West against ISIS. American President Trump now wanted to be on better terms with Turkey, who are against the Kurds. And so last October 9, Turkey launched Operation Peace Spring to cast away the Kurds and install a safety zone to bring back Syrian refugees. Those moves made the whole world watch the conflict up-close, scared for what would be next. But what is the impact of all of this on the Syrian citizens today?

On Valentine’s Day 2017, Zain came to Belgium with an optimistic mindset, but in the last months, things have shifted: ‘This September 15, on my birthday, my younger brother got killed. Muhammad. He was just 23 years old and had decided to flee from Syria to Lebanon, but he was captured by Assad’s army, got tortured and killed. They had absolutely no reason to kill such a nice smile as his.’

For Zain, it’s been extremely difficult not being around his family after the death of his brother. ‘I’m broken. And I sure don’t feel as powerful as before. Two months ago, if we would have had this conversation, you would have seen another man. Someone full of hope, full of life, studying Dutch to go to university here. At the same time, I was still supporting my people, wanting to let their voices be heard. That’s why I helped to organize protests in Brussels to show what the Syrian revolution really means.’

‘But now after I lost my brother I just want to go back home. However, my family won’t let me because it’s too dangerous and they need me to be safe. But for me, I just don’t care anymore. The saddest part is that every Syrian family has a story like this. We are not the first nor the last family that has to go through this.’

How did things get this far? Zain: ‘To understand today, we have to go back to before the war. I was then studying engineering at the university in my home city Deir ez-Zor.’ That’s one of the largest cities in Syria: it’s rich with oil and gas and situated at the Euphrates river. ‘Syrian people are a very diverse mix with a lot of different religions and nationalities. I’m a Muslim Sunni, just like 80 percent of the Syrian population. President Assad is Shia and he is supported by Alawite Muslims, together they form 10 percent of Syria. But Assad controlled everything and only supported his Shia and Alawite people. My city alone is bigger than Belgium, yet all the money from our gas and oil only went to Assad’s family.’

In 2011, during the second year of Zain’s studies, the revolution started. Zain explains: ‘Mostly the educated people like doctors and us, students, protested peacefully in the cities for freedom, democracy, and equal rights. We wanted to show how things needed to change. I was surprised that we were speaking up because everyone was always too scared to do so. However, the Assad regime reacted with violence and started killing on the streets. That’s why the Free Syrian Army, who fight against Assad, grew with people who lost family to the violence.’ There was now an angry mob who wanted to defend their community and so the war exploded.

‘My life took a bad turn. We ended up living without electricity, with bombings every day and airplane attacks regularly. It was horrible. Even at my university, there were shootings inside our classrooms.’

And so with the increasing violence and fear to have to go into the army, Zain decided to flee at the age of 19. He left his entire family behind. ‘The situation was too dangerous. I wanted to continue studying abroad to eventually go back home and rebuild our country.’

‘I lived in Turkey for a year but it wasn’t easy. My working days lasted for 15 long hours and I earned just around 15 euros a day. I then left for Greece by boat at the beginning of 2016 and there, I went from camp to camp.’ In those refugee camps, Zain learned English and started volunteering. ‘I became a team leader of volunteers and led six people, it felt good to be able to do something.’

‘We need a safe place that belongs to all of us, except to those who kill’

But after nine months, he went to Belgium by plane and arrived on Valentine’s Day 2017. ‘At first, I spent four months in a refugee camp in Antwerp and then I got residence for five years.’

‘I know it’s my history but I hate to be called a refugee, because in Europe, once they see you as a refugee, you are seen as powerless, as nothing. They tend to forget that you are a person and that I’m so much more than just someone who had to flee.’

Although Zain admits that he finds it difficult to integrate into the new life in Belgium, he’s thankful for Belgium’s help to be able to stand up again. ‘Yet I really miss the social life with my family and friends’, he shares. But even with the distance, Zain feels connected to Syria. ‘My body is here, but my mind and heart are still there. I’m still Syrian and I’m proud of it.’

‘The violence seems to be never-ending. Russian aircraft, Iranian militia, Assad’s military, they all attack. They target hospitals, schools, houses, everything that’s important for daily life. And so it’s not surprising that life in Syria just stops. Today, Turkey is closing its borders and people are really stuck. Syria is suffering.’

Through all the pain, Zain still sees where he wants Syria to be in the future: ‘It should become a welcoming country again, not created by strangers’ hands. We need freedom and we can never forget how this war took my brother and million others. We need a safe place that belongs to all of us, except to those who kill.’

(*) For his family’s safety, Zain preferred to use a different name.