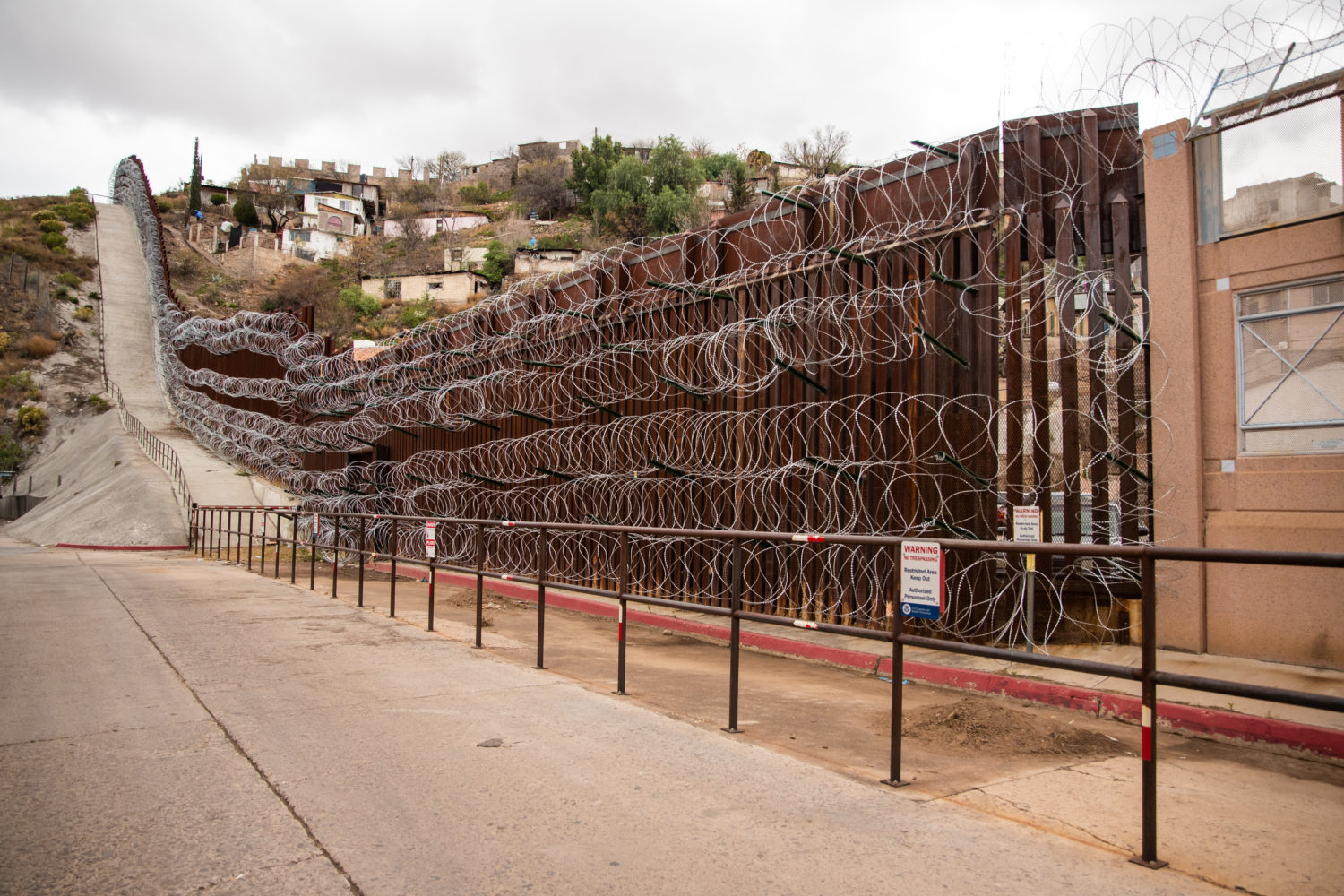 Valeria Ojeda Barajas (23) immigrated to the United States at nine months old, illegally with her parents from Mexico. She still has no papers but is now protected against deportation under DACA, the Deferred Action for Childhood Arrivals as a DREAMer.

The Supreme Court, the highest court in the United States, started hearings last month on the Trump administration’s long-standing wish to end the DACA-program. DREAMers now face the risk of deportation, including Valeria. But she herself opposes DACA and wants closed borders: ‘I want to be able to fight for American citizenship.’

What are DREAMers?
Valeria: ’DREAMers, people like me, were brought to the United States as kids without their say-so. And now they suffer the consequences of being in the country illegally. DACA provides me social security that gives me the right to work here, go to school, apply for scholarships… things like that. DACA gives you the ability to do the basic things that your friends, who you grow up with, can do without thinking.’

Any downsides?
Valeria: ’Well, there is no way to apply for citizenship. Currently, there’s nothing else, besides DACA. I think a lot of people have misconceptions about that. Some people, even on the right, wonder why I don’t just apply to citizenship. But no, that’s not how it works! (laughs) That’s the problem!’

‘My mom always taught me you should strive for what is best. And what’s best is to be an American citizen’

How do you become a DREAMer?
Valeria: ’Every two years you have to reapply and get your status approved. To get that approved you need a clean slate. I can’t drive around drunk or have anything else on my criminal record because I am held to that higher standard. But as it should be, because I don’t have my papers here.’

What does it feel to be a DREAMer?
Valeria: ’I have mixed feelings toward the word. Some people use it to put you in a category, and I don’t want that. The whole point is that we’re kids who want to be American. Everything I know is here. I won’t be offended if someone calls me a DREAMer because it is true, I am a DREAMer. But I don’t want people to get comfortable being a DREAMer. My mom always thought me you should strive for what is best. And what’s best is to be an American citizen. I want to be able to fight for that.’

So would you then say you’re against DACA?
Valeria: ‘We shouldn’t get comfortable with DACA. Obama implemented this DACA thing. Cool, awesome. But am I always going to live under DACA? We have to ask ourselves what we can do for kids who have no option but to live under DACA. Kids that want citizenship and have a clean record. If we want something better, logically the program has to end. It has to be replaced by something better that gives those kids the possibility to work for their citizenship.’

There is just that need for something better?
Valeria: ‘Exactly right. Because at the moment we’re just waiting.’

‘Seeing my dad detained made me question everything’

Last year your father was detained.
Valeria: ’Yeah. Since he arrived in the US, he had been working in a restaurant. The company that oversees the restaurants has separate owners per location. An owner of one of the locations had an argument with another owner and called ICE (Immigration and Customs Enforcement) on the location. My dad who had no papers was picked up and got arrested and taken to another state. He was taken to a detainee center, which is basically like a jail. There were so many people from everywhere, not just Mexicans like we see on the news.’

That must’ve been scary.
Valeria: ’It really changed my life forever. Anybody who knows my dad was surprised. He is such a down-to-earth person. He is just so innocent and he is my idol. Seeing him detained made me question everything. And made me sit down and think about what was going on and what I could do to make it better for my family and get us out of that situation.’

But he is back with you now?
Valeria: ’We were able to get him out within four months. We had a family lawyer how was able to gather enough paperwork to prove why my dad should stay here. Documents that proved he had kids, went to church… My brother has a disease he needs treatment for and needed my dad to be there for him. My dad also had nothing on his record, no DUI (driving under influence), no violations… nothing. He had a clean slate, and he could prove it. He knew that he would get caught at some point, that’s why he made sure he did everything right. Like I am right now. I don’t want to give anyone a reason why I shouldn’t be here.’

So, and you’re against open borders?
Valeria: ‘Here’s the thing. I am very grateful that my family came here. I obviously can’t imagine my life any other way. So personally I have no problem having open borders because it doesn’t affect me. I live so far away from the border. But I can’t say other people aren’t suffering from open borders. Living around the border is so awful, with cartels and drug influx. I now live in a very nice area. I don’t see myself to be in a position to be for open borders and tell someone living on the border that wanting closed borders is racist. That’s not for me to be so entitled to tell someone what’s right for them or what’s wrong. Just because what’s happening on the border doesn’t affect me, it doesn’t mean it’s not affecting somebody.’

Living around the border is that dangerous, huh?
Valeria: ‘I have had family members that had family members that tried to cross the border. Right now, if you want to cross the border you have to get a coyote (smuggles of illegal immigrants). Which is more likely to be involved in the cartel and things like that. You never know if you’re paying someone to get you across safely or just going to sex traffic you.’

The arrest & removal of high-profile criminal aliens send a powerful message to the rest of the world: the US will not allow it’s free & open society to be used as a hiding place for another nation’s most violent criminals and human rights violators https://t.co/1pFeRNuYXx pic.twitter.com/Ilby6CHvxH

Aren’t you scared people will say you’re racist?
Valeria: ‘I’m sure the theory of having an open border sounds nice and pretty, but that’s not the case. You can make the argument that it’s racist, but only if you don’t know what’s really happening. Only if you read the articles and see what’s going on you realize we need to do something. I don’t want to settle for: “It’s racist, so let’s leave it alone.” I want to tackle these issues and find a solution. The only solution right now is a closed border to keep people safe.’

So a wall then?
Valeria: ‘I think that’s very outdated. I’m sure we can think of something else. I mean come on, we’re the United States of America.’