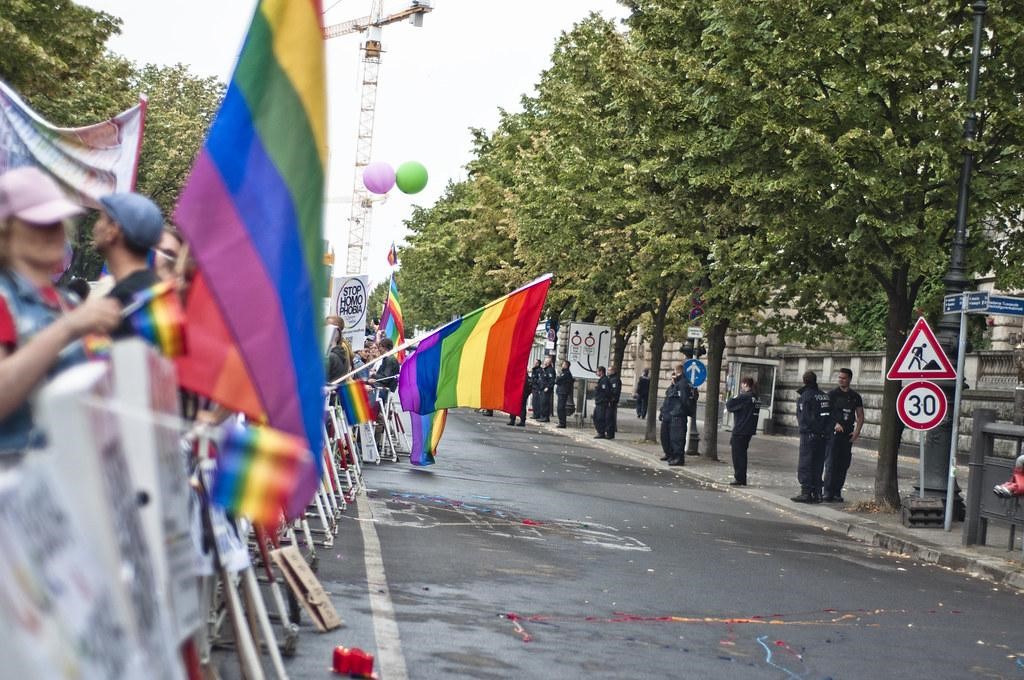 Today, Russian legislation does not recognize LGBT people as a social group. According to a Russian independent social survey, more than half of Russians have a negative attitude towards LGBT people. There were divided opinions about whether LGBT people should enjoy the same rights as citizens of traditional sexual orientation: 47% of Russians answered positively, 43% of respondents – negatively.

We decided to list the common rights available to heterosexual couples in Russia and show the extent to which the LGBT-community can exercise these rights.

According to the Family Code of the Russian Federation, a family is a union of a man and a woman. The same-sex family does not exist according to Russian law. Therefore, the right to register a relationship is unavailable for these loving people.

‘Unfortunately, marriage in Russia is not possible for same-sex couples,’ says Alexander Belik – lawyer of the Russian LGBT Network. ‘However, in this case, LGBT couples can document the relationship through a power of attorney. You can entrust your spouse with managing all your property, bank accounts. A partner can act in courts, in medical organizations on behalf of your spouse. Everything related to standard family rights is linked through a power of attorney.’

Max Olenichev, Legal Advisor to the Coming Out LGBT group argues that the power of attorney cannot fully bring the rights of LGBT couples closer to the rights of heterosexual citizens entering into marriage. ‘Russian LGBT couples have no rights to joint property, to inheritance; they have no right to refuse to testify against each other in court.’

Traditionally, if a person is in prison, close relatives and a lawyer can visit him. By power of attorney, an LGBT person cannot visit his or her spouse in prison. Besides, long-term visits that involve intimate relationships are available to prisoners whose spouses are of the opposite sex. Thus, LGBT prisoners do not have the right to have sex.

Both lawyers – Alexander Belik and Max Olenichev – state, that if a child is born in a same-sex family, only one of the partners will be registered as his official parent, while the other will be just a stranger. The situation is similar when adopting. Only one same-sex parent can adopt a child.

Same-sex families in Russia are also barred from subsidies and other assistance from the state, like the housing subsidy, parental leave, or maternity capital – financial aid, given at the birth of a second and each subsequent child at the amount of 450 thousand rubles per child – around five thousand EUR.

Article 3 of the Labor Code of the Russian Federation guarantees everyone equal opportunities for their labor rights. It is illegal to fire a person just because of his or her sexual orientation, but some employers create unbearable working conditions or come up with an excuse. In these cases, LGBT-people can appeal to the labor inspectorate due to discrimination, but the appeals are rarely successful. An employer could justify oneself for firing an LGBT employee for a series of ideological reasons. For instance, for someone working with children, the employer can refer to the promotion of non-traditional sexual relations among minors, according to the Code of Administrative Offenses of the Russian Federation, article 6.21.

In 2015, Denis Oleinik failed to get a job at the Captains Fund. Oleinik passed the interview successfully. He was asked if he is currently in a relationship. ‘In a stable relationship with the young man,’ was the answer. After that, he received a refusal to apply for a job. The reason was that the company did not share his values. The Coming Out LGBT group applied this case to the Russian courts – from the district to the Supreme Court. ‘Unfortunately, we lost everywhere. Therefore, we turned to the European Court of Human Rights. In March 2020, a complaint was sent to the Russian authorities. We are now at the stage of exchanging positions with the Russian authorities on how to apply Article 3 of the Labor Code in this particular situation,’ says Max Olenichev.

In St. Petersburg, a girl named Aleftina worked as a teacher at a music school. Timur Isaev, a homophobic activist in St. Petersburg, sent a dossier to the school’s education committee, which included information about Aleftina from her social networks, where she was kissing a girl. As a result, the school administration put pressure on Aleftina to quit the job of her own accord in 2014. She refused, and in the end, she was fired at the initiative of her employer for committing an immoral offense – kissing another girl in her private life. The Coming Out group challenged this fact because it was necessary to separate private life and professional activity. ‘The courts did not support us either. This case also went to the ECHR. The complaint is currently under review’, adds Olenichev.

The LGBT-community faces a broad range of discrimination in healthcare. If you are in intensive care, your same-sex partner will not be able to visit you. Federal law does not regulate this norm, so health care organizations introduce the rules by themselves. If a man explains that the male patient in a coma is his husband, even officially confirmed by another state – The USA or Denmark, this will not play any role for Russian doctors – they will not allow seeing the patient.

‘If one of the partners ends up in the hospital, then it is better to issue a power of attorney for his or her loved one in advance, in which it will be written that he or she has the opportunity to get acquainted with the information about the health of the sick partner,’ – says Alexander Belik. ‘This right does not apply to the case when a person is admitted to intensive care, since, according to Russian law, a partner is neither a close relative nor a family member. The solution may be a pre-issued notarial consent for a partner to visit a patient in intensive care. In this case, the partner will be equated to relatives.’

According to Russian law, LGBT people do not have access to important information such as the cause of death of a partner, nor can they decide whether to donate their partners’ organs after death.

When registering a mortgage, one should provide the bank with information about the income of his family members, who can act as co-borrowers. This rule does not apply to same-sex families. One of the partners will need to pay the full price for the property.

In a heterosexual family, upon marriage, all the accumulated property and debts are common – they divide it in half upon divorce. In a same-sex family, each member of a union owns what belongs to him. There is no concept of “common property” for same-sex couples. When members of same-sex couples separate, they cannot legally divide everything acquired together in half.

This imbalance can reach its climax when one member of a same-sex family stayed home to look after the house and children, while the other earned money for the family’s expenses. After parting, the stay-home member cannot demand any of the accumulated assets or financial support from the other half.

Hate crimes towards LGBT people are rarely viewed as such. Most often, the police do not take into account the homophobic motive of those who made a crime.

Since 2015, the Coming Out LGBT group began to record such crimes as fake dates. The essence of fake dates is that gangs view homosexual people as potential victims. ‘Criminals understand that most likely LGBT people will not turn to the police for protection, fearing additional stigma and discrimination in the police. Criminals take advantage of the defenseless position of LGBT people,’ explains Olenichev.

The lawyer told us how fake dates are organized. Criminals create accounts in dating networks or specialized applications for gays – Hornet, Grindr, etc. They get to know a potential victim and invite him out on a date. The victims come most often to the apartment. There the criminals begin to beat the victim or extort money from him, threatening to spread information about his sexual orientation to his friends and relatives. Fearing a forced coming out, the victims are ready to pay any money. ‘Now in St. Petersburg, there is a case, when 18 victims of one gang were forced to say on video that they were pedophiles. There is one victim, who paid 1 million rubles (100 thousand EUR) to keep this information from being spread.’

In 2018, another gang organized dates with LGBT people in the same apartment in St. Petersburg for three weeks. Lawyers of the Coming Out group went to the scene to remove the recordings from video cameras. While looking for these cameras, the lawyers saw the criminals who committed another one crime. They called the police – one of the criminals was arrested, the second was found later. As a result, the criminals were sentenced to 5 years in prison. ‘However, we were unable to ensure that criminals were charged with a hate motive for LGBT people when committing these crimes. If this motive was imputed, then the punishment could be more serious,’ concludes Olenichev.