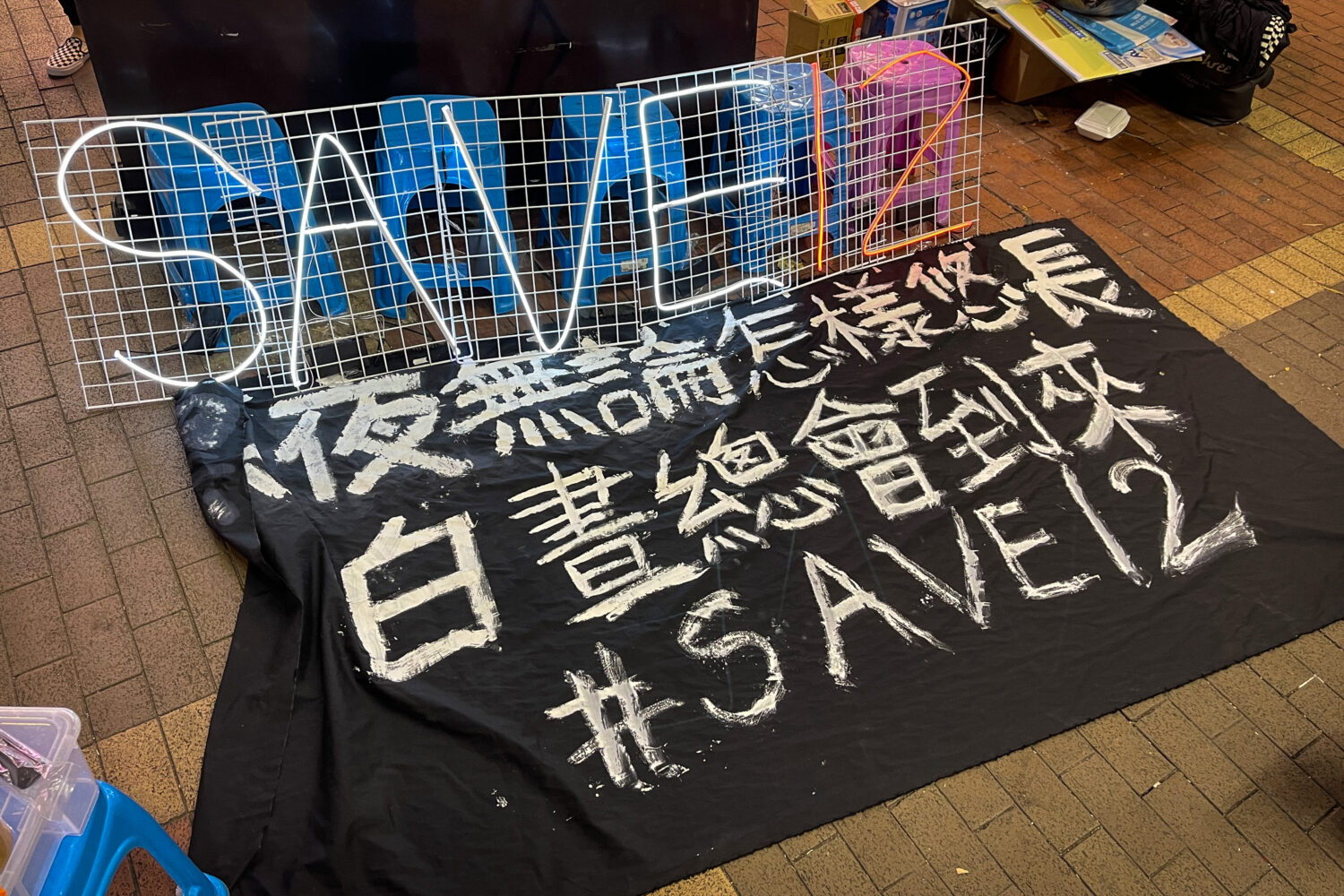 HONG KONG – Twelve Hong Kong citizens were arrested by Chinese coastguards on August 23 while they were reportedly heading to Taiwan to seek asylum. The passengers on the boat tried to flee Hong Kong, in fear of prosecution under the city’s new national security law. The arrest angered many Hongkongers and eventually led to the launch of the social media campaign #SAVE12HKYOUTH, which calls for the release of the fugitives.

‘The draconian national security law is a repressive tool’

The arrest of the twelve Hongkongers is one of many since China introduced its controversial security law at the end of June. The passengers on the boat tried to leave the city because they were facing prosecution for activities linked to last year’s pro-democracy protests. Activists called out China’s growing influence in the city, causing the Chinese authorities to implement its controversial security law in order to put an end to the long-running unrest in Hong Kong. Passed on June 30 2020, this law allows China to shape life in Hong Kong, reducing the city’s (political) autonomy. The new law has attracted strong local and international criticism as it bans acts of sedition, as well as foreign interference and subversion activities in Hong Kong. Many opponents have claimed that it curtails the right to protest and the right to freedom of speech.

Joshua Wong, a prominent democracy activist, is also a victim of the new controversial law. He faces jail after pleading guilty to charges related to protests outside a police station in Mongkok last year. When asked to comment on the law, he says: ‘In the first three months since the law took effect, the political climate in Hong Kong has changed a lot. Behind these political tricks and manipulation, we can see a far greater danger of the attacks on freedom of expression. The defeat of free speech would open the floodgate to a greater threat of tyranny, in which truth will be twisted into narratives favouring the authorities.’  The passing of the security law also makes it possible to extradite Hong Kong convicts to the mainland, where they will be put to trial within the legal boundaries of the criminal justice system, controlled by the ruling Communist Party. It is thus feared that life sentences could be imposed. ‘The draconian national security law is a repressive tool against protestors and it is destroying the criminal justice system in Hong Kong’, Joshua states.

Four months have passed since the Hong Kong activists were arrested and detained in China. According to Wong, Chinese authorities deprived them of the right to choose legal representatives, refused to let them contact their families, as well as denying access to medical care. Without self-chosen legal aid, defendants often receive insufficient information about their legal rights, which also makes them much more vulnerable to unfair legal proceedings. ‘We suspect they are being tortured in detention and we call for help on an international level’, Wong states.

The uncertain future of the twelve, as well as the controversies and unfairness surrounding the arrest, triggered a social media campaign calling for the release of the twelve detainees, and for more transparency on the case. Wong has devoted himself to the campaign and posted the following video on Twitter. By promoting the hashtag #SAVE12HKYOUTH, he wants to shed light on the situation and help those detained in China by attracting a broad, international, audience. He calls on the Chinese government to release the twelve local fugitives and urges international authorities to express their concern to China.

[#Save12: Our urgent cry from HK: Immediate Return of the 12 HK Detainees from Mainland China]

Please listen to our urgent cry from HK which related to the conspiracy of authorities to kidnap 12 HK activists to China for secret trial & detention.

The hashtag has now gained worldwide recognition. Teenage climate activist Greta Thunberg has joined the campaign demanding the release of the twelve Hongkongers by posting an image of herself holding a sign that says: #SAVE12HKYOUTH. Thunberg herself was nominated by the activist. Wong expresses his feelings: ‘I am thrilled to have environmental activist Greta Thunberg join us in a global photo campaign called #SAVE12 – you can check it out on Twitter and I’d invite you all to share the same as well’.