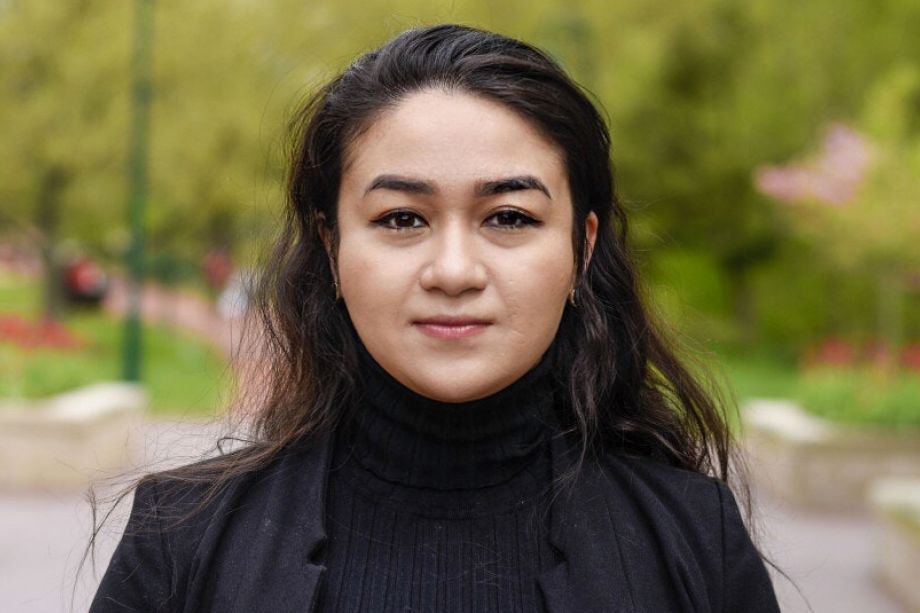 Jewher Ilham was just nineteen years old when her father was sentenced to life in prison on charges of separatism. Now twenty-six and living in the US, she has reluctantly taken up the Uyghur cause in hopes of persuading the Chinese government to stop its oppression of Uyghurs. She is the daughter of imprisoned author and academic Ilham Tothi, who for the past two decades had called for reconciliation between the Uyghur people and the Han Chinese.

Ilham’s story begins in China’s capital city Beijing, where she was born and raised until she was eighteen years old. At first, she says her childhood wasn’t any different from the other kids on the block, despite being one of the few Uyghurs in the city. Gradually though, this started to change once Ilham became a teenager. Her father had established the website Uyghurbiz.com. His main goal, in his own words, was to promote understanding between Uyghurs and Han Chinese. This captured a lot of attention from the international community and from people inside China. But the activist’s musings also caught the Chinese government’s eye. Officials started claiming that many of the topics discussed on the website were too controversial. The government’s scrutiny would soon change Ilham’s life forever.

‘We started having government policemen entering our apartment, sometimes to drink tea with us, sometimes to speak with us, sometimes to eat with us. My father used to explain that they were daddy’s police friends because he didn’t want me to worry. They were actually quite nice to me so I never thought too much about it. As a teenager I didn’t care that much anyway, like most teenagers do. I just went about my life,’ she explains.

‘In the beginning, as a dumb teenager, I would complain that daddy went to travel alone again’

Once she started attending high school, Tothi’s problems with the government began to become more apparent. He would start to disappear, often for months at a time. To shield his daughter from the truth, he’d claim to have gone travelling. Later on, she found out he was actually being kept in house arrest.

‘In the beginning, as a dumb teenager, I would complain that daddy went to travel alone again without taking us and how selfish that was. Later on the Chinese police fulfilled my dreams of travelling with my father and put us under house arrest together. My family and I were taken away to a suburb in Beijing, where we were locked up in a hotel. We were not allowed to be in touch with people outside, to use our phone or to contact people in any way.’

Whenever I accidentally said something like, ‘why do the Han Chinese,’ before I even finished my sentence my dad would shush me’

‘We were kept there for more than a month. We had two policemen accompany us every single day. They were present for every activity, every meal we ate. This became a normality for my family. We also had listening devices installed in our living room. Whenever I accidentally said something like, ‘why do the Han Chinese,’ before I even finished my sentence my dad would shush me by pointing his finger in front of his lips. He would then point to the light in the ceiling.’

After a couple of years and a number of similar arrests, Ilham’s life would drastically change forever on February 2nd 2013. She was planning to go to the US with her father when she was eighteen. Ilham Tothi had been invited to the US as a visiting scholar by his colleague Elliot Sperling. Sperling was the former chair of the department of Central Eurasian Studies at Indiana University. Tothi was planning to stay there for a year. His daughter would only visit for three weeks before going back home. Their plans would never come to pass, as Tothi was arrested at the airport in Beijing before the flight. She was allowed to board, but was expected to be repatriated afterwards anyway.

‘According to the immigration and visa policies you can enter the US if you are a family member of a J-1 on a visiting scholar visa. But since the holder of the J-1, my father, was not present it was technically illegal for me to enter the US. The Chinese government probably knew the policy and thought I would be sent back, but I got lucky. Elliot Sperling used to work on projects with the US government so he was able to pull some strings, which allowed me to get into the country.’

She has not returned to China since. After being arrested, her father started an on and off house arrest term that lasted 11 months. Then, on January 15th 2014, Ilham Tothi was taken away. ‘That day, over 20 policemen broke into our apartment. My father was taking a nap with my brothers while my stepmother was at work when it happened. One of my brothers was seven, while the other was only three years old. They had to witness my father’s arrest on their own.’

After her father’s arrest, Ilham remained in the US to study Political Science, Near Eastern Language and Culture Studies, and Central Eurasian Studies at Indiana University. She started doing advocacy work in 2015, and in November of the same year she published her first book, Jewher Ilham: A Uyghur’s fight to free her father. Afterwards, Ilham’s story began being noticed, and soon she would testify before congress and meet with officials such as then-Secretary of State John Kerry and his deputy at the time, Anthony Blinken, to discuss the plight of the Uyghurs. Before she knew it, she had been cast into the international spotlight on behalf of the Uyghur cause.

‘I accepted a bunch of awards on behalf of my father. I also spoke at the UN, at the White House, the Oval Office, and a bunch of other events. I basically tried everything I could and went to every event I was invited to. I went to the national prayers breakfast along with then-President Donald Trump. I also met with then-House minority leader Nancy Pelosi and a lot of other world leaders. I just try to take advantage of all these opportunities to raise my father’s case.’

Despite all of these achievements, Ilham tells me she had different aspirations as a child. ‘Personally, I hate politics. When I grew up, I wanted to be a dancer or a translator. I stopped dancing right after moving to Washington DC. I also love learning languages, I can speak five now.

Besides her advocacy work, Ilham has been assisting on a documentary that will, if all goes according to plan, be released at the Berlin Movie Festival next year. She’s also busy writing her second book, Because I Have to, The Path to Survival, The Uyghur Struggle.

Although Ilham feels like the signs of progress are starting to show themselves, a lot of work remains to be done. ‘Whenever I see that things are changing, I feel motivated that all the people I care about will be a little safer. Day by day, step by step the momentum has been building. But it is not enough. Uyghurs are still suffering, my father is still in prison and I wouldn’t say that enough action has been done. I will continue to encourage more government leaders to get involved to help China fix its mistake. We need to see this from a positive angle,’ she concludes.