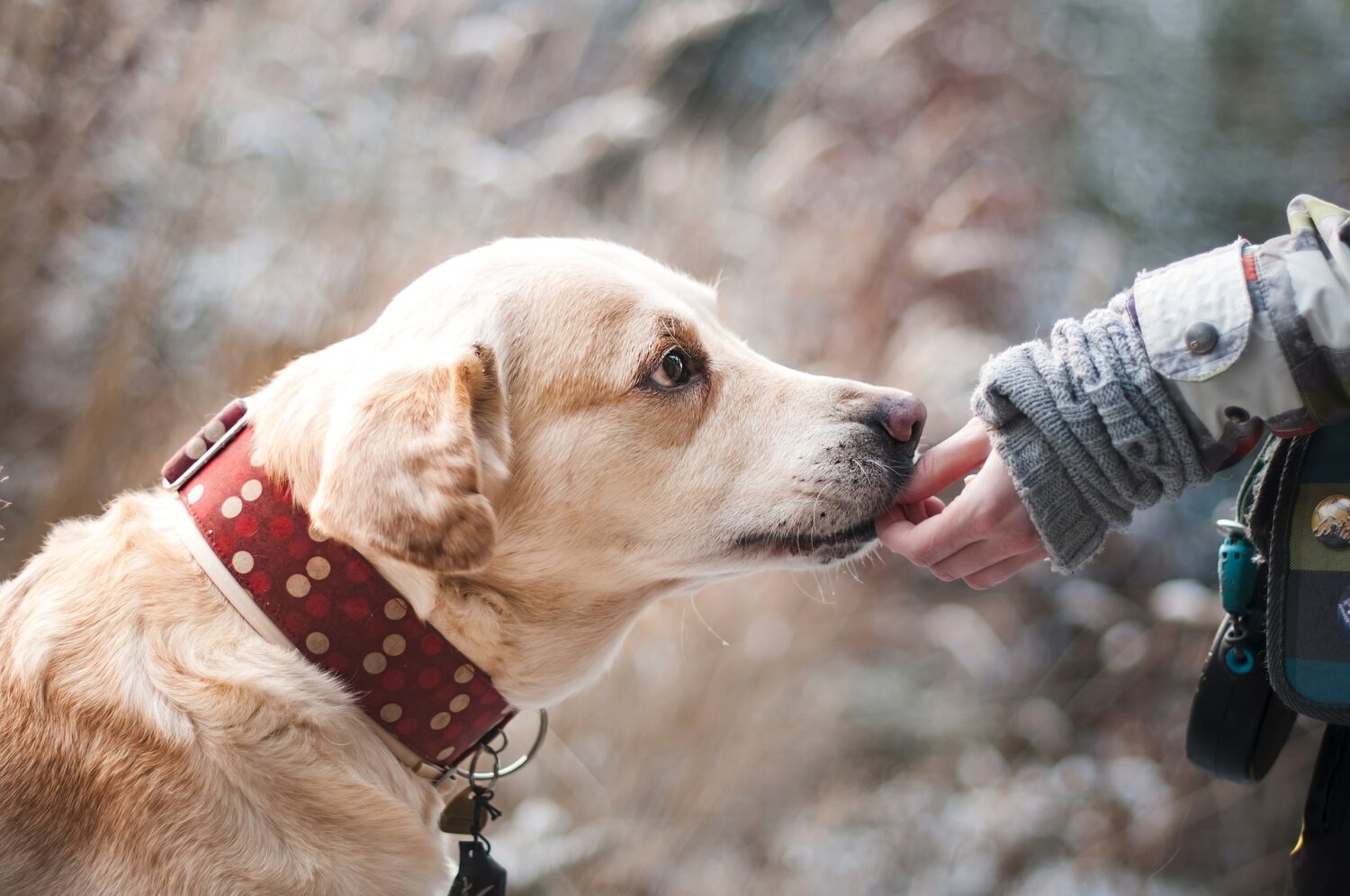 Did you ever see any similarities between you and your dog? That’s actually more common than you think: it’s scientifically proven that dogs and their owners look alike. If not their outfits match, it will certainly be their matching physical appearance that will stand out. I photographed six owners and their dogs and noticed some remarkable similarities between these two, that makes them look like a real duo. 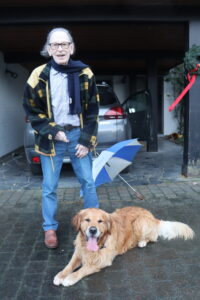 An older man and his golden retriever named ‘Duck’ (he looks as yellow as a duckling). They both have the same happy expression on their face. Their small, dark eyes and big ears make sure that there is an uncanny resemblance. 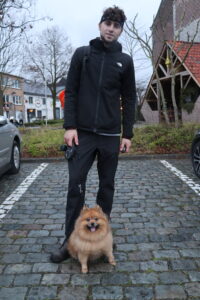 A man and a Pomeranian might be a bit more uncommon match, but that does not mean that they aren’t made for each other: the round face, small eyes, small ears and fluffy hair reveal that they certainly look alike. 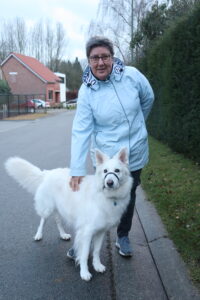 Spotted while walking through the streets: a White Swiss Shepherd dog named Oxie. She and her owner both have white frizzy hair and the same friendly eyes. Oxie’s collar and her owner’s coat have the same light blue colour. 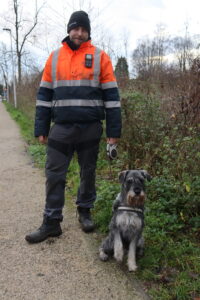 This man takes his dog on a daily long walk right after work. This results in wearing matching jackets. Their appearances between the owner and this alert Schnauzer match as well: they both have a moustache and beard. 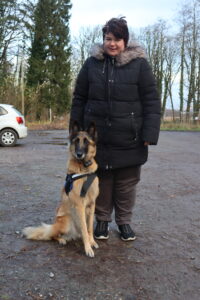 This German Shepherd dog is proof that not every dog of this breed is strictly trained and ‘aggressive’. This duo has a friendly expression on their faces with the same calm posture. Coincidentally, they both match as the dog’s fur and the owner’s outfit is a mix of brown and black.

6. The Scandinavian dog and owner

Their white and brown looks definitely match. The blonde-haired woman wearing a jacket with the Norwegian logo and the dog being an Old Danish Pointer, make them both look very Scandinavian.