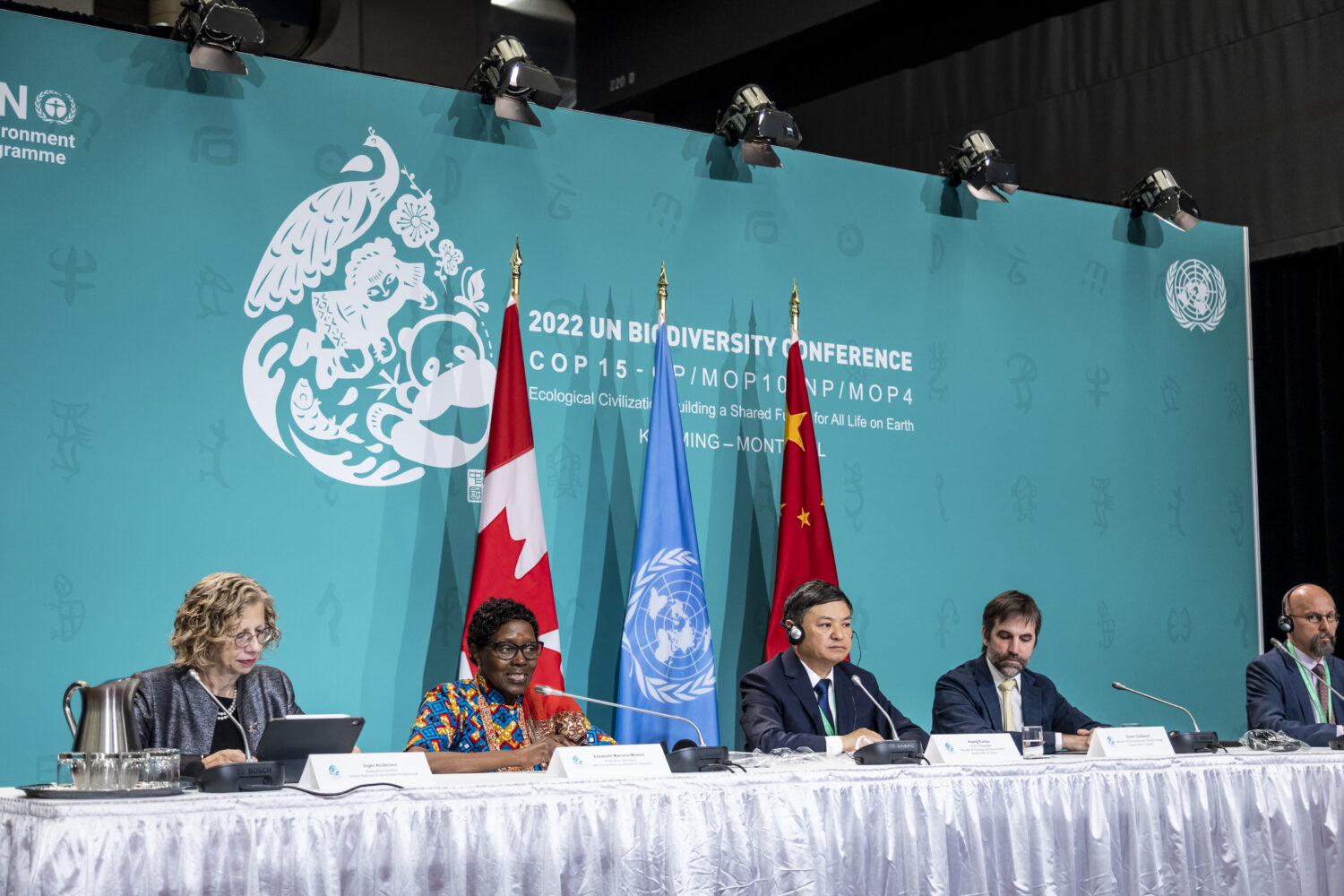 COP15, this year’s United Nations conference on biodiversity, is currently taking place in Montreal, Canada. It welcomes delegates from all over the world to agree on new goals and to develop an action plan to improve humans’ relationship with nature over the next decade.

The Montreal summit focuses on the protection of biodiversity, which is the variety of life on Earth. The term refers to species, ecosystems, and even genetic differences within a single species, and how they all interact with each other.

Why is biodiversity important?
In every environment, species live together and depend on each other to survive. These healthy ecosystems are of the utmost importance to life on Earth, but they are threatened. Amazonian rainforests are disappearing due to deforestation, but that ecosystem and the biodiversity in it, for example, absorb polluting greenhouse gasses. Think of fuel sources, clean water, and the provision of food, as well.

A healthy ecosystem is measured by its biodiversity: the wider the variety of species, the better it will be able to cope with threats. Ivan Janssens, professor of biology at the University of Antwerp, gives an example: ‘If a forest consists of several species and is attacked by a beetle that is adapted to target one specific species, the forest as a whole may survive. Even if that tree species is lost, your forest can still thrive because of biodiversity. A non-monocultural forest will also ensure multiple birds, fungi, and insect species.’

However, a species that goes extinct may have unforeseen impacts, which can possibly result in the collapse of an entire ecosystem. Global warming plays a great role in this too, according to the UN. Even a single degree of warming raises the risk of species extinction. In this regard, the UN also organizes climate change conferences, the most recent one taking place last month in Sharm-el-Sheikh, Egypt.

What is COP15?
COP15 is the fifteenth time the parties met under the Convention on Biological Diversity (CBD). The conference will produce an agreement in which all parties outline new global diversity goals for the next ten years. Every decade, the parties project new targets to protect biodiversity. At COP10 in Nagoya, Japan, in 2010, they agreed on the Aichi Biodiversity targets. By 2020, they had failed to complete a single target in full, according to a UN report.

The three main goals of the original Convention in 1992 were to conserve biodiversity, ensure its sustainable use, and share the benefits that are the result of biodiversity’s genetic resources. CBD was opened for signature at the United Nations Conference on Environment and Development in Rio de Janeiro, Brazil, in 1992 and went into effect in December 1993, with 168 signatures. The Convention consists of 196 Parties, which includes countries like France and Canada, as well as the European Union.

Initially, COP15 was supposed to be organized in 2020 in Kunming, China, but that conference was delayed because of the COVID-19 pandemic. After several postponements, it was eventually split in two: one mainly-online part in October 2021, where representatives agreed on action-focused draft targets, known as the Kunming Declaration. These targets were to be further discussed at the in-person session happening now.